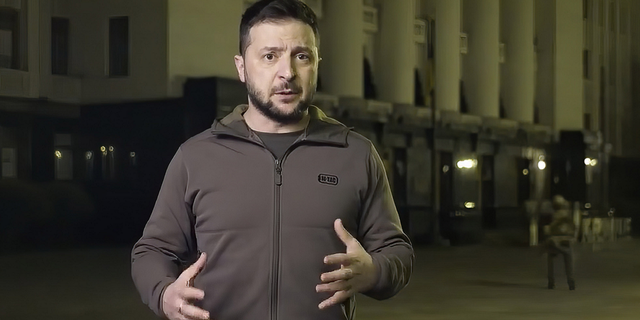 Ukraine’s President Volodymyr Zelensky said on Friday that the world should be “ready” for the possibility of Vladimir Putin using nuclear weapons in the ongoing war.

Zelenskyy, speaking to CNN, commented a day later Said CIA Director William Burns “Given the potential frustrations of President Putin and the Russian leadership, given the shocks they have faced so far militarily, none of us can take lightly the threat posed by the potential use of strategic nuclear weapons or the potential for low-yielding nuclear weapons.”

“Not just me – the whole world, all countries need to be concerned because it may not be factual information, but it may be true,” Zelensky told CNN when asked to comment on Burns’ comments.

On Thursday, Burns promised that the CIA would not take lightly the possibility of Putin using nuclear weapons.

William Burns, director of the Central Intelligence Agency, speaks during an event at the Georgia Institute of Technology in Atlanta on Thursday.

“While we have not seen some rhetorical gestures on the part of the Kremlin moving towards higher nuclear alert levels, so far we have not seen much practical evidence of deployment or military nature. That will only reinforce the concern,” he continued.

“We’re watching very closely for that,” Burns said. “It’s one of our most important responsibilities at CIA.”

The Russia-Ukraine war is now in its 51st day.

On the fourth day of the conflict, Russian President Vladimir Putin raised the alert for a “special regime of combat duty” for his nuclear forces.

Emma Colt of TOU contributed to this report.