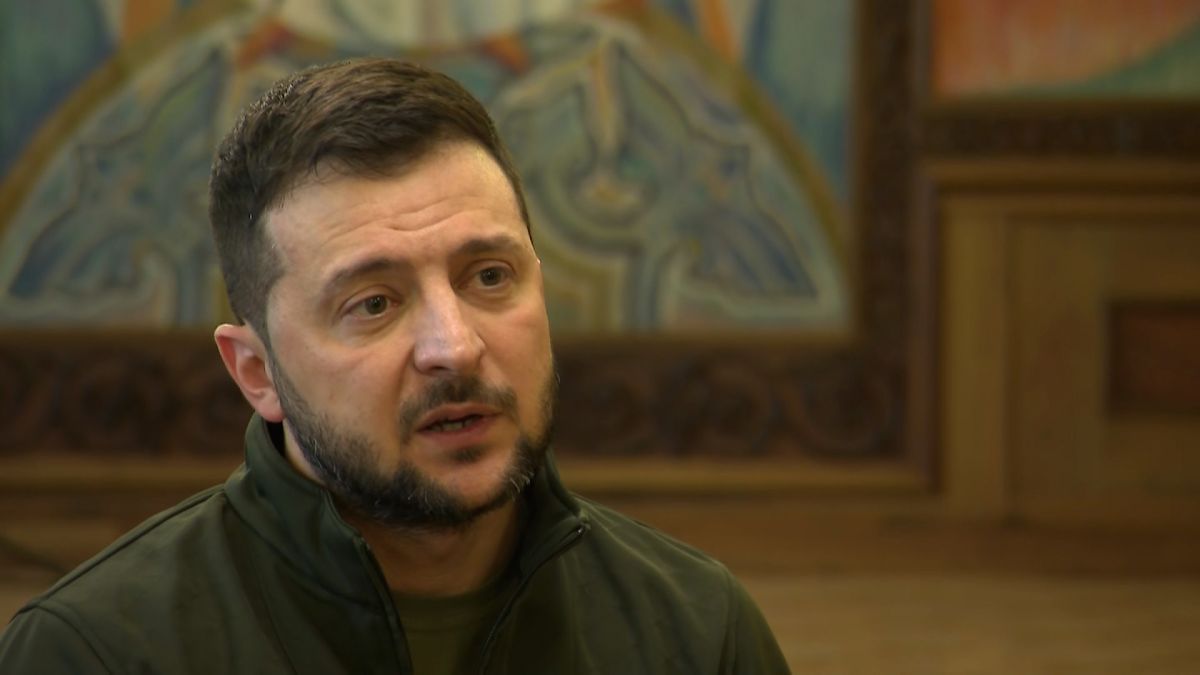 Ukrainian President Volodymyr Zelensky said Ukraine was not ready to leave the eastern part of the country to end the war with Russia. He made the statement in a statement Exclusive visit He handed it to CNN’s Jack Tapper from the President’s Office in Kiev on April 16, 2022. He said the Ukrainian army was ready to fight Moscow’s forces in the Donbass region.

President Volodymyr Zelensky said Ukraine would not give up territory to Russia because there was no guarantee that Russia would not continue its aggression even after gaining eastern territory.

“I do not trust the Russian military or the Russian leadership,” he said. That’s why we understand that we fought with them and they left, and that they were fleeing from Kiev – from the north, from Chernihive and from that direction – does not mean that if they are able to capture Donbass, they will not move forward towards Kiev. In the Battle of Donbass, Ukraine must stand on its own two feet.

Zelensky added, “I have the same opinion as President Biden. See what happened in Bucha. It is clear that it is not even a war, it is genocide. They just killed people. Not soldiers, people. They just shot people in the streets. People cycled, took buses, or just walked down the street. There was a line of corpses in the streets. ”

Refusing to negotiate on terms set by Russia, Zelensky said, “As I said before, what is the value of all this? Those are the people. Which has killed many people. And who pays for all this? That is Ukraine. Only we. So for us, this is a really great expense. If we get a chance to speak, we will speak. But speaking only under the Russian ultimatum? Then there is the question of our attitude, not of ‘good’ or ‘bad’ dialogue. That is impossible. ”

On February 24, 2022, Russia launched its military operation on Ukraine’s eastern borders, and since then the war situation has become increasingly serious. Russia has faced many sanctions from the West, including the USA and the UK and other NATO members. Zelensky’s interview came in the seventh week of the ongoing war.