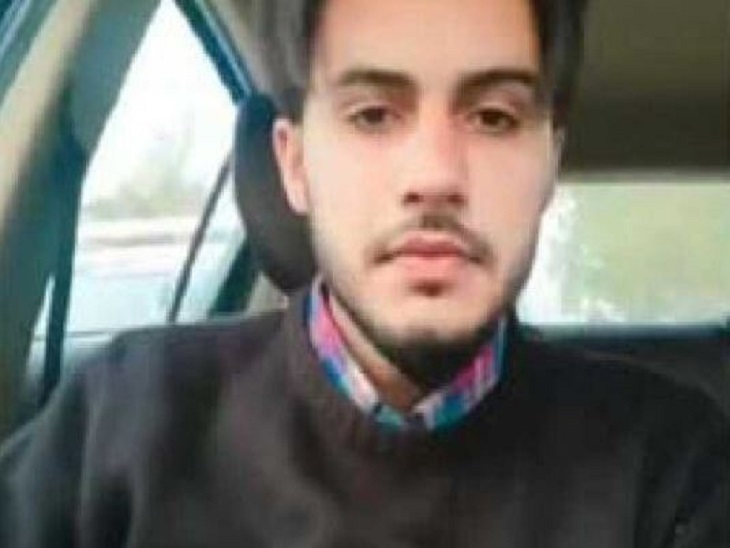 Youth murdered in Amritsar: Scooter hit a car, chased after 2 km and shot; was returning from a wedding with friends

Rishipant who was shot dead by the chaotic elements.

Incidents of firing are increasing day by day in Amritsar. A young man was shot and killed in Baba Bakala under the Beas police station. The deceased youth has been identified as Rishipant, a resident of Dhiyanipur. He was returning in the car after attending the wedding ceremony with his friends but on the way he was shot dead by the chaotic elements.

This is the second incident of firing in Beas police station in twenty four hours. Rishipant Singh had gone to a wedding ceremony with two of his friends. On his return his car collided with a scooter. After this, Rishipant panicked and drove the car. But some youths on a motorcycle got behind the car. The bike riders followed the car for about two kilometers.

The bike riders fired about five rounds at the car. During this, a bullet crossed the window of the car and hit Rishipant Singh directly on the head. Thereafter the bike riders fled from the spot. Rishipant’s friends immediately rushed him to a private hospital where doctors declared him brought dead. There is an atmosphere of panic in the area after the firing incident.

no clue of killers

After the information, along with the police force, SHO Mukhtiar Singh and DSP Harkrishna Singh reached the station in-charge. He took possession of the body and kept it for post-mortem in the mortuary of the Civil Hospital. The police have recorded the statement of the victim’s family. So far, the police have not been able to gather any information about the armed youths who opened fire and are throwing their hands and feet in the air.