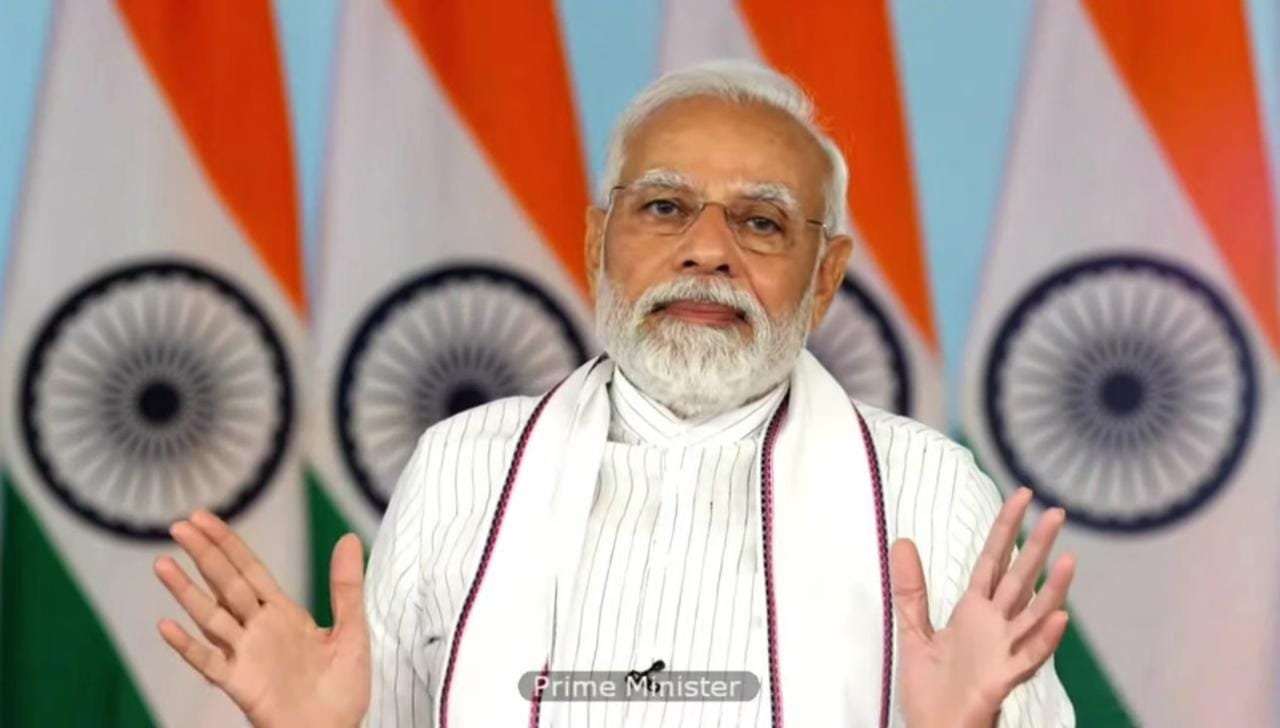 Prime Minister Narendra Modi said that today India has the third largest ecosystem in the world. We are also emerging as a force to be reckoned with in the world’s largest unicorn house. When our government came in 2014, there used to be around 400 startups in the country, but today there are about 70,000 recognized startups in our country in a short span of 8 years. Today, as much as there is a proactive startup policy in the country, there is as much diligent startup leadership, so the youth in the country is giving a new impetus to development with new energy.

Prime Minister Modi said these things while launching the startup policy of Madhya Pradesh virtually from New Delhi on Friday evening. Chief Minister Shivraj Singh Chouhan and other public representatives and youth were present in the program organized at the Brilliant Convention Center in Indore. In the program, Prime Minister Modi also interacted with three young people who started startups first.

Congratulating the state government for this event, Prime Minister Modi said that when our government came in 2014, there were around 300-400 startups in the country. Today the world of startups has changed in India. Today there are about 70 thousand new startups in our country. Today India is the third largest startup hub in the world. Eight years ago there was little talk of the word startup. In these eight years, the startup revolution came through thoughtful planning. We are also emerging as a force to be reckoned with in the world’s biggest unicorn startup.

He said you can imagine. To become a unicorn by starting from zero means reaching a capital of about 7 thousand crores. Today in our country a new unicorn startup is being created every 7 days. The bigger the volume of startups in India, the bigger is its diversity.

He said that 50 percent of startups fall in Tier II and Tier III cities. The scope of startup is huge. Startups give us simple solutions to tough challenges. We are seeing the startups of tomorrow becoming the multinationals of today. I am happy that today new startups are coming in the sectors of agriculture, retail and sports. Today, every Indian feels proud when we hear the world praising India’s startup ecosystem.

Prime Minister Modi said that there has always been a urge to solve problems with new ideas in India. We have realized this very well in the era of IT revolution. At that time our youth did not get the support they wanted. We have seen an entire decade gone by in huge scams, in policy paralysis. Our youth had everything before, but were left confused due to the lack of policies of the earlier governments.

He said that as much as there is a proactive startup policy in the country today, there is a diligent startup leadership. Startup Portal and i-Hub Indore have been launched in Madhya Pradesh today. Under the Startup Policy of Madhya Pradesh, financial assistance has been given to Startups and Incubators. When the hackathons started in the country, no one had any idea that it would become so big. This gave the youth a purpose of life, increased sense of responsibility. I am glad that even today some or the other hackathon is being held in some part of the country every day.

He said that today hand-holding of ideas has become a huge medium to transform the industry. Next year we started Atal Innovation. From Atal Tingering Lab in schools to Incubation Center in the University, a huge eco-system is being created. Atal Tinkering Centers are running in more than 10 thousand schools. Learning the ABCD of Innovation. It is working as a nursery of startups. Funding is also essential for startup along with incubation. Another major work has been done on modern infrastructure. Due to the many efforts of Idea to Industry, Startups and Unicon are giving employment to many people.

Prime Minister Modi said that we are celebrating 75 years of our independence. Whatever we do today will decide the future of New India. The direction of the country will be decided. India’s growth story and success story will move forward with a new energy in this decade. The toy industry, India has a very rich world heritage regarding toys. At present, India’s contribution to the global market share is less than one percent. To increase this also, the youth of my country should bring startups.

He said that India is in the top 5 countries of the world in terms of mobile gaming. The growth rate of India’s gaming industry is more than 40 percent. In this budget, we have also emphasized on support for animation, visual effects, gaming and comic sectors. Cheap smartphones and cheap data have also connected the poor and middle class of the village. This has opened up new avenues and markets for startups. Due to such efforts Startups Unicorns are giving employment to lakhs of youth of the country.

He said that when there is enthusiasm in the heart, there is new zeal, there is a passion for innovation, then its effect is different. We focused on three things. First- Idea Innovate Incubate and Industry. Second- simplification of government processes and third- change in mindset for the mission, creation of new ecosystem. Startups give us simple solutions to a tough challenge. He interacted with young colleagues associated with startups in the program.