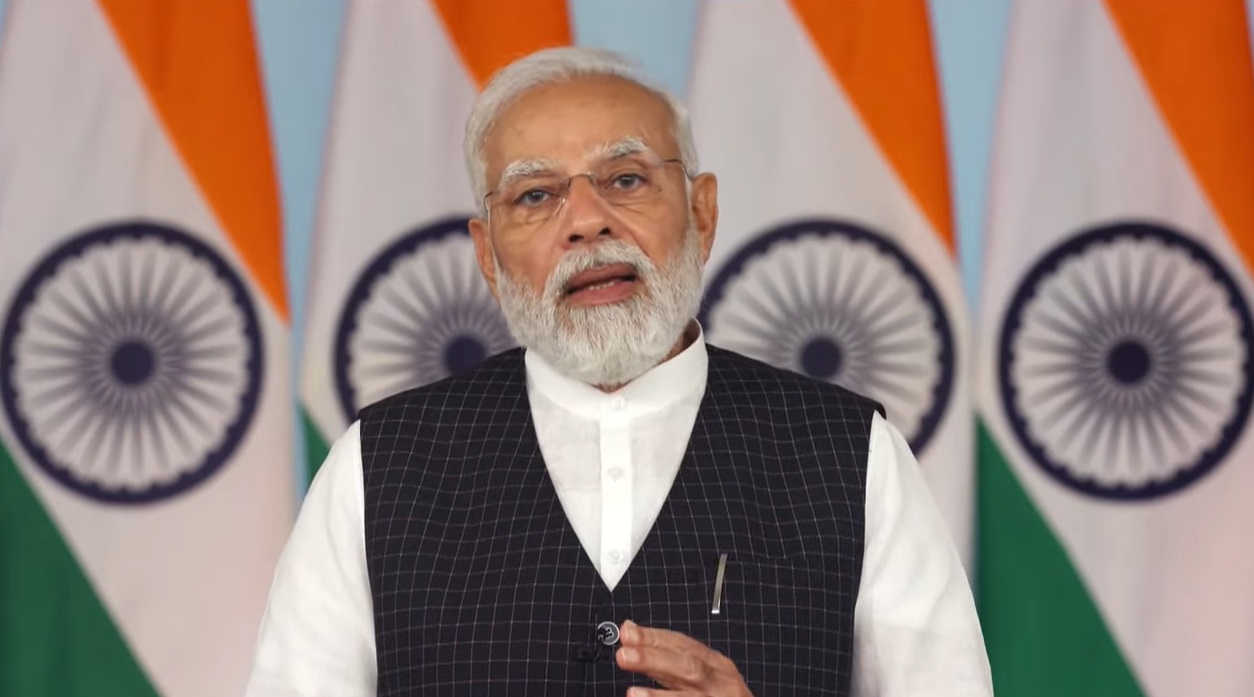 With the fastest economy, every sector of India is undergoing transformation: PM Modi

Prime Minister Narendra Modi said that every sector is undergoing a transformation in the ‘New India’ and with an expected economic growth of 7.5 percent, India has become the world’s fastest growing major economy.

Addressing the business forum of the five-nation organization ‘BRICS’, Prime Minister Modi said that this grouping can emerge as an engine of economic growth in the world. He said that BRICS (India-Russia-China-Brazil-South Africa) is a group of emerging economies and has a major role in the recovery of the world economy after the Corona epidemic. The world today is concerned about the recovery of the economy after the pandemic. The role of BRICS countries in this context is very important.

This meeting of the BRICS Business Forum took place ahead of the 14th summit. The two-day summit will begin on Wednesday in which Prime Minister Modi will be attended by Russian President Vladimir Putin, Chinese President Xi Jinping, South African President Cyril Ramaphosa and Brazilian President Jair Bolsonaro. This talk will be conducted through video conferencing.

The summit is being held amid the ongoing war in Ukraine and tough sanctions by Western countries including the US against Russia. BRICS countries can discuss possible measures to face the new situation.

Modi told the businessmen and entrepreneurs of BRICS countries about India’s development journey. He said that significant efforts are being made for the development of infrastructure in India. He urged investors to use the opportunity to invest in India’s $15 trillion national infrastructure development campaign.

The Prime Minister said that in New India, efforts are being made to revive the economy through technology. For this innovation is being encouraged in every field. In this regard, he mentioned the value of digital economy in India to reach 10 trillion dollars by the year 2025. He said that the world has never seen the kind of digital transformation that is taking place in India. Through digital technology, paper-papers that concern the common man are being digitized and getting freedom from papers.

One can study the transformational changes taking place in India. Similarly, we can have a useful dialogue on innovation lead economic recovery. He suggested the BRICS Business Forum to develop a platform for regular exchanges between Indian startups.

He said that India has done massive work to make policies and its process transparent and stable. During the Corona epidemic, many steps were taken for the ease of doing business as well as the compliance rules on business were reduced.