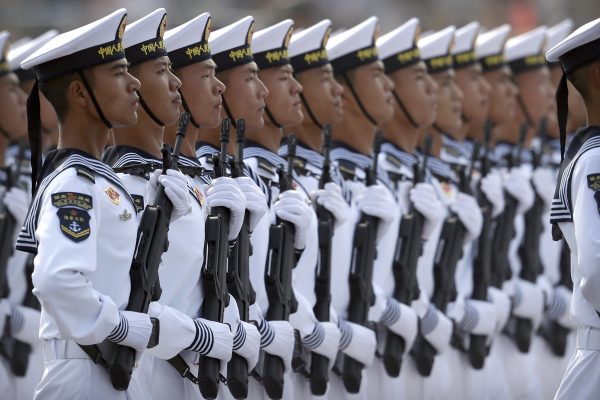 What the PLA Is Learning From Russia’s Ukraine Invasion

On February 24, Russia invaded Ukraine in what Moscow calls a “special military operation.” The ongoing war has already had a great impact on the whole world. China, in particular, has become a focus of attention in the international community because of its close interactions with Russia in recent years. Its stance on the armed conflict in Ukraine is a matter of great concern to many countries, especially to Western ones.

Militarily, the war will leave a lasting impact. Although the People’s Liberation Army (PLA), acting on lessons learned from the 2003 Iraq War, has built joint operations capabilities in the style of US forces and has come up with its own version, known as integrated joint operations, China’s military remains structurally under the influence of the Russian military. This helps explain why in the PLA’s most recent round of reforms in 2016, there were discernible traces of influence from Russia’s previous military restructuring of the same kind. Because of that, Russian forces’ performance on the battlefield in Ukraine has become a case study for the PLA to glean lessons from.

Will the mistakes made by the Russian military after its restructuring and the problems with its command mechanism stemming from organizational design be repeated by the PLA in its future military operations? This possibility is quite concerning for Chinese military planners, particularly because Russian forces, despite having been considered superior to their Ukrainian counterparts prior to the war, are now in a stalemate where there is no sure win for either side. Will the PLA end up in the same situation if it attacks Taiwan?

In terms of military strength, Ukraine alone could not hold out against invading Russian forces for more than a month. It can keep on fighting mainly because of support from the United States, member states of the North Atlantic Treaty Organization (NATO), and other partners such as Japan and Australia. That support comes in the form of military supplies, including electronic jamming equipment, to be used against Russian forces. The support brings a new dimension to the armed conflict between Russia and Ukraine.

In the event of an armed conflict between the two sides of the Taiwan Strait, the United States may directly deploy troops, as it did when dispatching two aircraft carrier battle groups to waters near Taiwan during the 1996 Taiwan Strait Crisis. However, it does not mean that the US will not get involved at all, as the war in Ukraine has shown. Although the US and NATO member states do not have a direct military presence on the Ukrainian battlefield, they have been providing assistance to Ukrainian troops via satellites, electronic warfare aircraft of various types, and early warning aircraft. With a constant flow of electronic signals from these countries, Ukrainian forces have been able to anticipate Russian movements ahead of time, as seen in quite a few instances of Russian forces suffering deadly attacks. In other words, although the US military might not necessarily be directly involved in an armed conflict in the Taiwan Strait in the future, it could still provide electronic intelligence to Taiwan to help the island defend against invaders effectively.

The takeaway for China is that the PLA, in any would-be campaign against Taiwan in the future, should take an approach quite distinct from the tactics of anti-access / area denial (A2 / AD), as it is commonly understood. Specifically, the PLA can assume that the US military will not be directly involved in a crisis in the Taiwan Strait. It would rather be indirectly involved in a way similar to what it has been rumored to be doing in the ongoing armed conflict between Russia and Ukraine, namely providing electronic intelligence to friendly forces. Faced with the US military’s possible new way of playing a part in a crisis in the Taiwan Strait, the PLA, in its execution of “joint operations against a big island” (a euphemism for invading Taiwan) and in pursuit of the objective of ” first engagement as decisive engagement, ”will factor in more variables.

Contrary to speculations by all sides shortly after the breakout of the war, Russian forces failed to take Kyiv, the capital of Ukraine, within a short period of time, resulting in the war becoming a prolonged one that could be quite unfavorable to Moscow in the long run. Taking advantage of the situation, Western countries sped up their provision of arms to Ukraine to assist with its resistance against Russian invaders. This development might stimulate the PLA to consider new tactics to ensure the success of any landing operations (whether amphibious or triphibious) against Taiwan. Those options could include enforcing an air and sea blockade against Taiwan to prevent other countries from providing assistance to it and employing superior air and sea forces to block the Taiwan Strait from interference in the form of other countries’ electronic reconnaissance and electronic warfare aircraft.

However, the greatest difference between Taiwan and Ukraine in terms of geopolitics and associated strategy is that the former is an island while the latter is a continental country. Air and sea forces have a bigger role to play in Taiwan. In other words, if Taiwan starts using its ground forces to fend off invaders, it means that the PLA has already gained partial command of the air and the sea, a prerequisite for the launch of landing operations. Under the circumstances, Taiwan’s ground forces need to have high mobility and modularized field air defense capabilities so as to be able to strike back despite the enemy gaining command of the air.

In the first 72 hours of the Russian invasion of Ukraine, paratroopers were tasked with the mission of advancing on Kyiv within the shortest time possible so as to achieve the objective of “first engagement as decisive engagement,” which was based on the scenario that occupying Ukraine’s political center quickly would not only achieve the effect of decapitation but also contribute to the establishment of a pro-Russia regime to better control Ukraine afterwards.

Things did not turn out as planned, however. Russian air assault troops could not fulfill the mission of seizing Kyiv in a prompt manner. They even had to withdraw in mid-April from positions around Kyiv, which they had occupied to encircle the capital. Only some Russian troops stayed in northern Ukraine to check Ukrainian forces there. Russian forces’ failure to take Kyiv was mainly attributed to their inability to occupy Antonov Airport shortly after the breakout of the invasion. Although Russian airtroopers managed to control the airport within a short time, artillery shelling from Ukrainian forces rendered the airport unsuitable for plane landings and takeoffs. Russian forces’ reach was greatly restricted as a result

In addition, although Russian forces have high-altitude airspace under their control, their fighter planes and helicopters are prone to attacks from Ukrainian field air defense systems while flying at low altitudes. There have been quite a few instances of Russian helicopters and fighter planes executing close air support missions being hit by US-made Stinger missiles fired by Ukrainian soldiers. The main reason that similar incidents continue to happen again and again is that Ukrainian forces have established sufficient field air defense systems for defense against Russian invaders. Also, Russian helicopters might have flown too deep into enemy airspace.

The lesson is that lightly armed air assault troops conducting airborne landings in an area with important military assets like airports are very likely to lose the positions they have just taken to enemy troops several times their number. And if enemy forces own drone-guided field air defense systems, any airports taken from them will in all likelihood not be able to operate normally. That might be the reason why Russian forces, even when they had control, could not use Antonov Airport in a way that could help them achieve the goal of occupying Kyiv within 72 hours.

By contrast, the PLA does not need to seize Taiwan’s airports. Different from Ukraine, which boasts favorable operational terrain and depth, the entirety of Taiwan lies within the reach of the PLA’s projection power, despite having a strait to separate it from mainland China. The PLA has been working hard on improving its ability to project forces across the Taiwan Strait over the years.

It means that China does not need to capture and use Taiwan’s airports. The PLA only needs to disable them by launching intensive missile strikes on the runways of these airports. The PLA could use aircraft carriers or Type 075 amphibious assault ships to project air power instead, without having to take the trouble to preserve Taiwan’s airports at the cost of incurring danger for itself.

Unlike the Type 071 amphibious assault ship, the Type 075 has a full-length flight deck for helicopter operations, bringing about great changes to the PLA’s amphibious operations. The main task for the Type 075 is to carry a considerable number of helicopters and, along with heavy air-cushion landing craft, contribute to landings on beaches to penetrate the defense lines of the enemy.

In the scenarios mentioned above, the biggest problem facing the PLA is that its main amphibious forces, whether the marine corps or amphibious combined arms brigades of the army, do not have helicopter-borne assault elements. Previously, helicopter-borne assault forces were mostly assigned to the 15th Airborne Corps, which has been transformed into the Air Force Airborne Corps in the most recent round of military reform. However, as shown by its own name, the Air Force Airborne Corps is under the control of the air force, and thus not suitable for joint operations in modern-day ground warfare.

To deal with the problem, starting from 2017, the PLA has transferred helicopter-borne troops of the Air Force Airborne Corps to the army’s aviation branch. The biggest problem that the PLA Army has encountered in its efforts to develop the aviation branch is that the branch’s main task is to provide fire support for ground forces, without developing an equivalent capability in transporting personnel. There has been a shortage of large helicopters like Taiwan’s CH-47 Chinooks to transport heavy artillery to the battlefield. This is a point that we will keep watching out for in days to come.

The 2022 Russian invasion of Ukraine is no less significant than the 1990 Gulf War and the 2003 Iraq War in strategic studies. The previous two wars enabled the PLA to make new observations and learn new things, eventually contributing to the modernization of China’s military thought.

Be that as it may, war is still an extension of politics. A small country may have sufficient courage and will to make a bellyose big country think twice before using force. The best defense, however, is to have the ability to prevent war, which hinges on sufficient preparation for war. The question for Taiwan is how its people can build the will to defeat the enemy, how Taiwan’s military can formulate a strategy that can deter the enemy from attacking, and how Taiwan can use foreign diplomacy to create an environment where no war is possible. The aim is to prevent a crisis situation in the Taiwan Strait from escalating into full-blown conflict, namely to make China know better than to rush into military action. This is where the national strategy of a small country like Taiwan should lead.