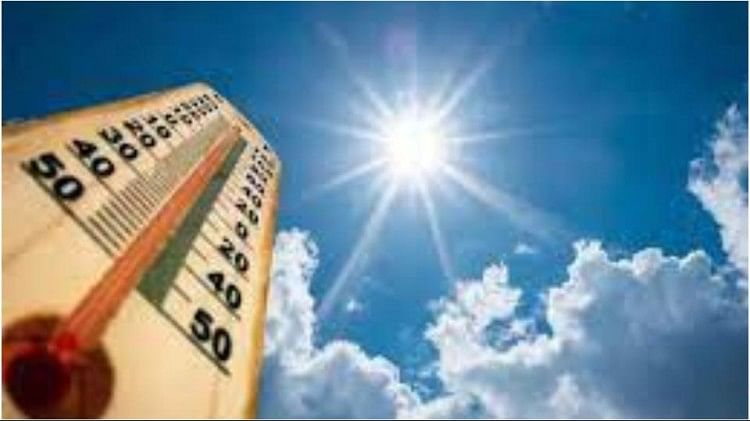 Weather will change in Punjab from today: Heat will not run, there is a possibility of rain, electricity demand has crossed 12 thousand MW

In Majha and Doaba regions of Punjab, the record of electricity demand has been broken as the paddy sowing season began on Tuesday. 12134 MW demand was recorded on Tuesday, although there was some relief due to the re-operation of three units which were closed in various plants. According to experts, from June 17, when the sowing of paddy will start in Malwa region of Punjab, then there may be a power crisis in the state. According to estimates, the power demand in Punjab may reach 15,900 MW from June 17. Powercom has only arrangements for supply of power up to 15,100 MW. In such a situation, consumers may have to face power cuts.The supply was stopped due to the shutdown of the unit
On Monday, two units of 210-210 MW in Ropar, two of 210-210 MW each in Lehra Mohabbat, 660 MW in Talwandi Sabo and one unit of 270 MW in Goindwal were shut down due to the shutdown of 1770 MW power supply. Due to this, the hands and feet of Powercom were swollen, as sowing of paddy has started in Majha and Doaba areas from Tuesday. After a lot of efforts, one unit each of Ropar, Lehra and Goindwal became operational on Tuesday.

Powercom took eight thousand MW power from outside
To meet Tuesday’s demand of 12,134 MW, Powercom got 1017 MW from its thermals, 2136 MW from private, 4000 MW from other sources including hydel projects. Apart from this, more than eight thousand MW power was taken from outside. This includes short-term purchase agreements and power from the center pool, apart from the banking system.

Disposal of 41745 complaints out of 47962
Powercom received 47962 complaints on Tuesday, out of which 41745 were settled till the time of writing this report. On Tuesday also, power supply was affected due to 13 feeders being down for two hours, four feeders for two to four hours, three feeders for four to six hours and two feeders down for more than six hours.

Punjab, which is scorching due to scorching heat and heat wave, is expected to get relief from Wednesday. According to the Meteorological Department, now the heat wave will end. Light to moderate rain has been predicted in many areas of the state from June 15 to June 18. During this time, the Meteorological Department has also expressed the possibility of winds blowing at a speed of 40 to 50 km.

According to the Meteorological Department, a drop of four to five degrees in the day temperature will also be recorded due to rain and wind. Regarding the monsoon, the Meteorological Department has expressed the possibility that monsoon is likely to arrive in Punjab from June 29. On Tuesday, the temperature in most of the districts of Punjab was above 42 degrees. The highest temperature in Patiala was 45.8 degrees. People also had to face long power cuts due to the heat.