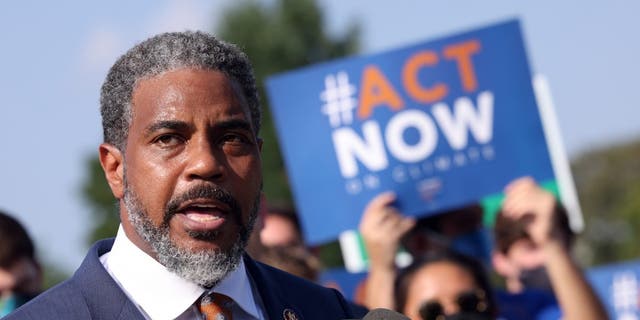 Two Democrats whose congressional seats are considered vulnerable in this year’s midterm elections attempted to justify their votes against a bill that would provide the same level of protection to Supreme Court Justices and their families that is provided to the US government’s legislative and executive branches.

In statements provided to TOU Digital, Rep. Steven Horsford, D-Nev., And Rep. Josh Gottheimer, DN.J., suggested, respectively, that their support for the bipartisan Supreme Court Police Parity Act of 2022 was contingent upon support for stricter gun control measures and protections for all federal judges, not just the Supreme Court.

“As innocent lives are lost in Buffalo, Uvalde, Tulsa, and everyday massacres, Republicans in the Senate acted swiftly on increasing security for the Supreme Court,” Horsford said, referring to a number of mass shootings, including the tragic deaths of 19 students. and two teachers at a Texas elementary school last month.

“They should act as swiftly to protect the innocent lives of our children and so many other victims of gun violence that is occurring every day throughout our country by passing common sense gun safety reforms that a vast majority of Americans support and demand,” he added.

THESE 27 DEMOCRATS VOTED AGAINST PROTECTIONS FOR SUPREME COURT JUSTICES

US Rep. Steven Horsford, D-Nev., Speaks on infrastructure and climate change during a news conference outside the Capitol on August 23, 2021 in Washington, DC.
(Photo by Kevin Dietsch / Getty Images)

Gottheimer suggested he voted against the bill because it did not include protections for all federal judges, and pointed to the shooting death of a New Jersey judge’s son at their home by a man who had appeared before her in court.

“Why don’t some of my colleagues care about the safety of all federal judges?” he wrote. “In 2020, a violent extremist easily found the home address of Judge Esther Salas in New Jersey, he showed up dressed as a FedEx delivery man, and heartbreakingly shot and killed her only child, 20-year-old Daniel.”

“Federal judges are being targeted, a son of one has been killed, and some of my colleagues are refusing to offer any protections,” he added.

Gottheimer later expanded his vote against the bill in a lengthy Twitter threadexplaining that he actually supported expanding protections for Supreme Court justices, but that he “could not support” a bill that “continues to ignore the pleas of all federal judges for greater security.”

The bill passed in the Senate last month by an unanimous consent vote, and passed in the House Tuesday by a vote of 396-27. All 27 “No” votes were Democrats.

However, Gottheimer and Horsford did vote for a bill increasing their own security in 2021 following the Jan. 6 storming of the US Capitol.