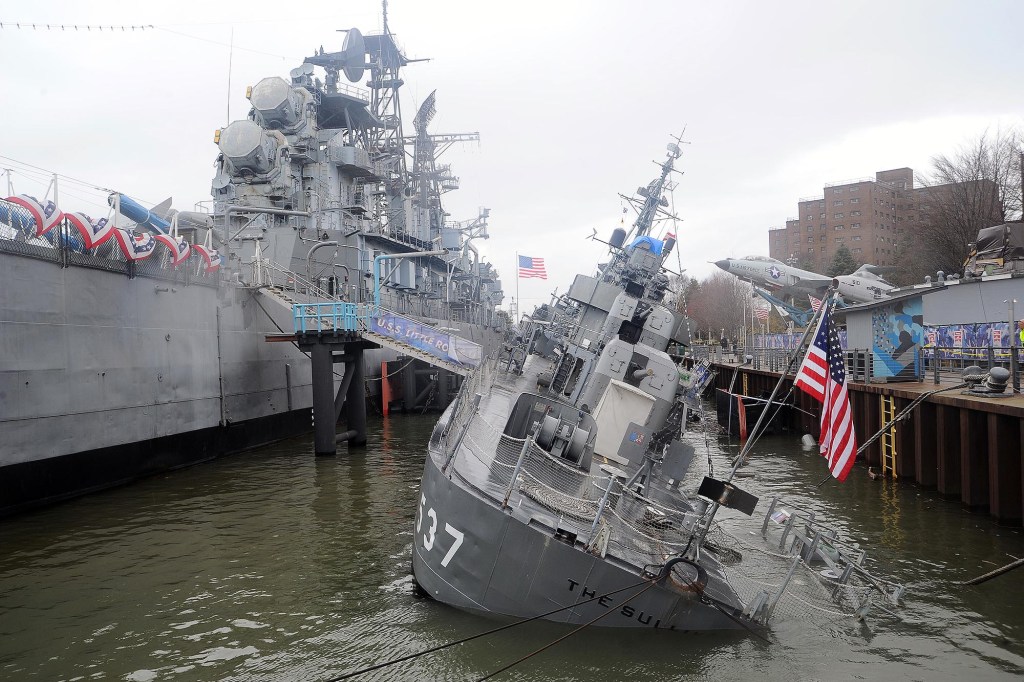 The historic USS The Sullivan took water and partially sank at Buffalo and Erie County Naval and Military Park, According to the US Coast Guard Buffalo Sector.

the officials said The 78-year-old ship suffered a crack near the middle of the ship as its right side slammed into Lake Erie on Thursday.

The US Coast Guard said the historic ship was filled with more than 3 million gallons of water.

“This ship will rise again,” said Naval and Military Park President Paul Margello, According to Buffalo News, “failure is not an option.”

New York government and emergency services are prepared to rescue the “symbol of perseverance,” said New York Gov. and Buffalo native Cathy Hochul, which has been operating as a museum ship since 1977.

“USS The Sullivans is a tribute to our heroes—to a family that lost all five of their sons in the Pacific, and to the 400,000 Americans who died fighting in World War II,” Hochul said. said, “Our state agencies are on site and ready to help revive this treasure and symbol of perseverance.”

The Coast Guard claims that positive progress has been made in the process of draining water on Thursday night. Rescuers used pumps capable of removing 13,000 gallons of water per minute to reduce further drowning.

according to this SaveTheSullivans.orgUSS The Sullivans, a website dedicated to fundraising efforts to restore the ship, suffered “harsh” Buffalo weather and faced the risk of sinking.

Last year, Marzello told Buffalo News If not repaired, the charm will sink. Buffalo and Erie County Naval and Military Park raised $1 million in November to fund repairs to the vessel.

USS The Sullivan is classified as a Fletcher-class destroyer ship, named after five brothers – George, Frank, Joe, Matt and Al Sullivan. Quintet was killed in action in 1942 after being hit by a torpedo on the USS Juneau.