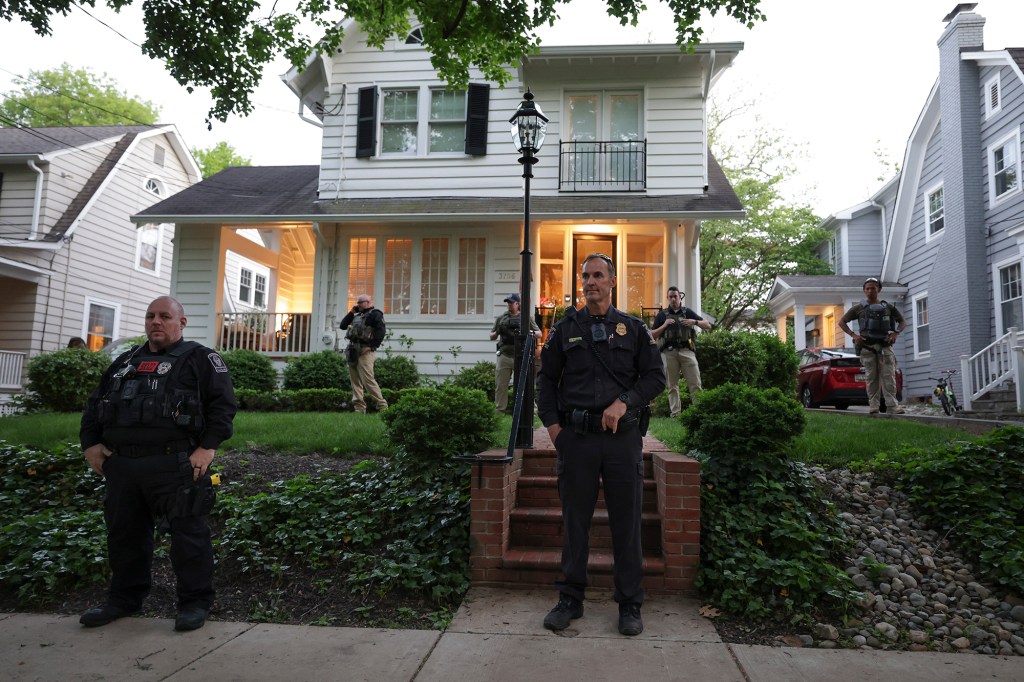 But Jean-Pierre added that President Biden condemns the murder scheme, even though Biden has not publicly done so.

“We have not weighed in on where people should or should not protest,” Jean-Pierre said at her regular press briefing.

“We have said that all Americans have the right to protest peacefully, whatever their point of view, but that attempts at intimidation and violence are totally unacceptable, and that they need to be condemned anytime they happen, regardless of who does it.”

Jean-Pierre was responding to a questioner who noted her predecessor, Jen Psaki, declined to condemn protests that began last month outside the homes of the Supreme Court’s six conservative justices.

Nicholas Roske, 26, allegedly called 911 himself on June 8, saying he had a gun and knife near Kavanaugh’s home after finding the address online. He reportedly was angry at the potential end of federally guaranteed abortion rights after the leak of a draft ruling that would reverse the court’s 1973 Roe v. wade decision.

Although critics say the protests are illegal attempts to intimidate judges, rally-goers have not been arrested or charged.

The White House previously seemed to indicate support for the protests.

Psaki said May 10 that Republicans should be more concerned about other attempts to intimidate government officials, such as last year’s Capitol riot, where followers of then-President Donald Trump interrupted certification of Biden’s election victory.

“I know that there’s an outrage right now, I guess, about protests that have been peaceful to date — and we certainly continue to encourage that — outside of judges’ homes. And that’s the president’s position. But the silence is pretty deafening about all of the other intimidation that we’ve seen to a number of people,” Psaki said.

White House spokespeople, including Jean-Pierre and deputy press secretary Andrew Bates condemned the plot against Kavanaugh, but Biden hasn’t directly weighed in on the matter.

“President Biden condemns the actions of this individual in the strongest terms, and is grateful to law enforcement for quickly taking him into custody,” Bates said in a statement soon after Roske’s arrest was announced.