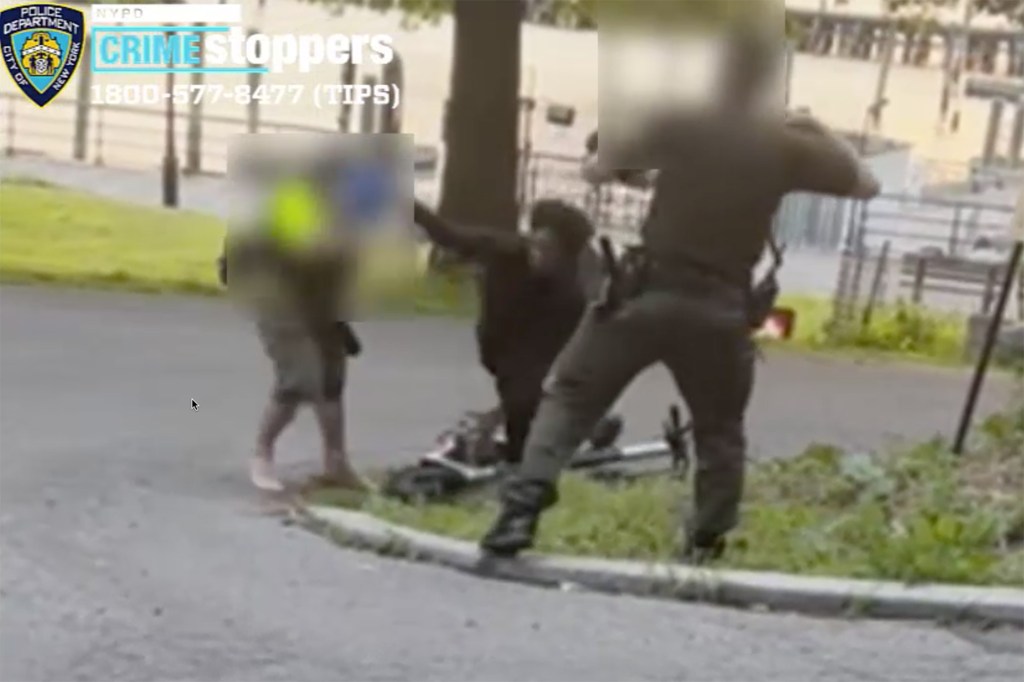 Video shows a city parks worker with a black belt in Taekwondo pulling out his best martial-arts moves to fight back against a ruffian in Riverside Park.

The attacker had swiped a park solar panel around 8 pm June 6 in the park at Riverside Drive and West 79th Street in Manhattan — and punched another parks worker who tried to stop him, according to cops.

That’s when the 29-year-old worker with the martial-arts training jumped into action, tossing classic kicks at the assailant.

The suspect, who was dressed in black, eventually escaped on his scooter — but not before being forced to leave the solar panel behind.

The punched victim suffered a cut to his face and was treated at the scene by Emergency Medical Services.

The NYPD released the cell-phone video of the confrontation and photos in hopes of finding the puncher.

Anyone with information on the incident is asked to call the NYPD’s Crime Stoppers Hotline at 1-800-577-TIPS (8477) or for Spanish, 1-888-57-PISTA (74782). The public can also submit their tips by logging onto the Crime Stoppers website at https://crimestoppers.nypdonline.org/or on Twitter @NYPDTips.