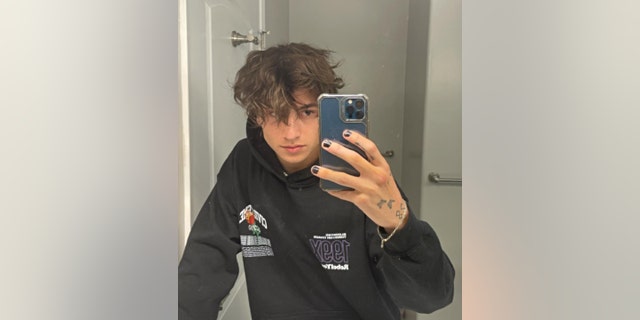 Noriega, 19, who had nearly 3 million TikTok followers and was well known on the short-form video app, was pronounced dead in a parking lot last Thursday, according to the Los Angeles County Medical Examiner, which has yet to release the teen’s exact cause of death.

Some of his followers noted a since-removed video posted to his TikTok that day in which he asked his followers, “Who else b thinking they got die young af?”

His sister, Parker Noriega, described June 9, when her brother died, as the day that turned her world “upside down forever.”

DRUG OVERDOSE DEATHS AMONG ADOLESCENTS ON THE RISE

,[M]y sweet sweet baby brother…my blood..my best friend… my whole heart…the only person I loved more than anyone on this earth. My heart is shattered..this doesn’t feel real…I will never be the same,” she said in an Instagram post. “You were loved by so many and will be missed immensely. Thank you God for choosing me to be his big sister for all of his 19 years. I know you’re watching down on me now…I feel it. I love you forever & ever…”

She added that Noriega “struggled with mental health and addiction, but he was so passionate about making sure no one ever felt alone.”

TEXAS TEENS ARRESTED AFTER TIKTOK CHALLENGE CALLS FOR THEM TO KICK DOORS, RUN AWAY

The TikTok star also had a large presence on Discord, an instant messaging social media platform, in which he tried to communicate positive messages about addiction on a channel called “Cooper’s Advice.”

“I’ve been struggling with addiction since I was 9 years old, you may think that’s crazy, but that’s the life I’ve been dealt,” the teen wrote on the channel. “I would like to use the influence I’ve been given to create a space built on spreading awareness and normalizing talking about mental illness.”

Noriega added that his “goal” was to “eventually open a rehab where people aren’t traumatized at the end of their recovery, and where the staff members are trusted people”

” One of the many things I’ve learned while struggling with addiction was that surrounding yourself with negative people will only bring you down,” he said. “For that reason, this discord is meant to bring us all together and create a safe space where people can vent and help others through their tough times.”

Audrey Conklin is a digital reporter for FOX Business and TOU. Email tips to [email protected].com or on Twitter at @audpants.