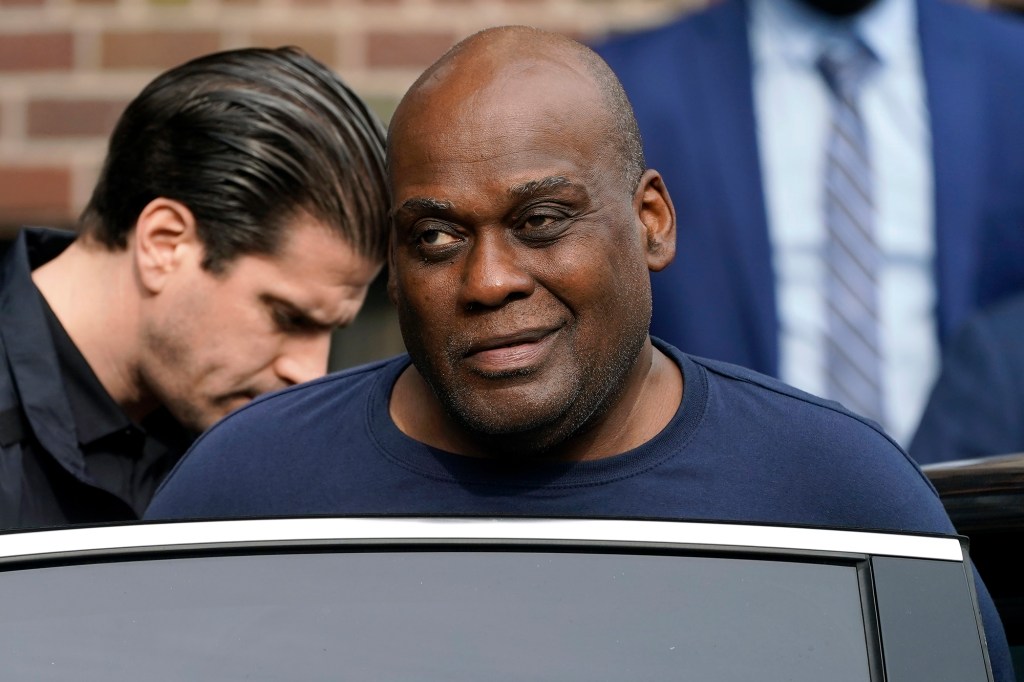 The alleged gunman in the Brooklyn subway shooting was arrested more than two decades ago in New Jersey for threatening his old boss, officials confirmed.

Frank James, 62 — who was detained after appearing in federal court on Thursday on terrorism charges — repeatedly called his former employer in Fairfield, Curtis-Wright, and Essex County, according to the prosecutor’s office. , had vowed no violence at his end.

Spokesperson Cathy Carter did not provide what was said on those calls, but said, “We believe this has escalated to the level of terroristic threats.”

Carter said James, who was then living in Irvington, NJ, was charged with making terroristic threats in the 1995 incident and was later found guilty of a lesser charge, harassment.

Carter said a judge sentenced James to one year of probation because of his clean record at the time.

James was arrested Wednesday after calling police in Lower Manhattan — ending a more than 24-hour search for the alleged triggerman in the Sunset Park mass shooting that took 10 shots and injured more than a dozen others.

Police said the NYPD picked up James at least 12 times in New York City from 1984 to 1998 on charges of theft, possession of burglar tools, and criminal sex acts.

He also had three other arrests in New Jersey, but the details of those cases were not immediately known.