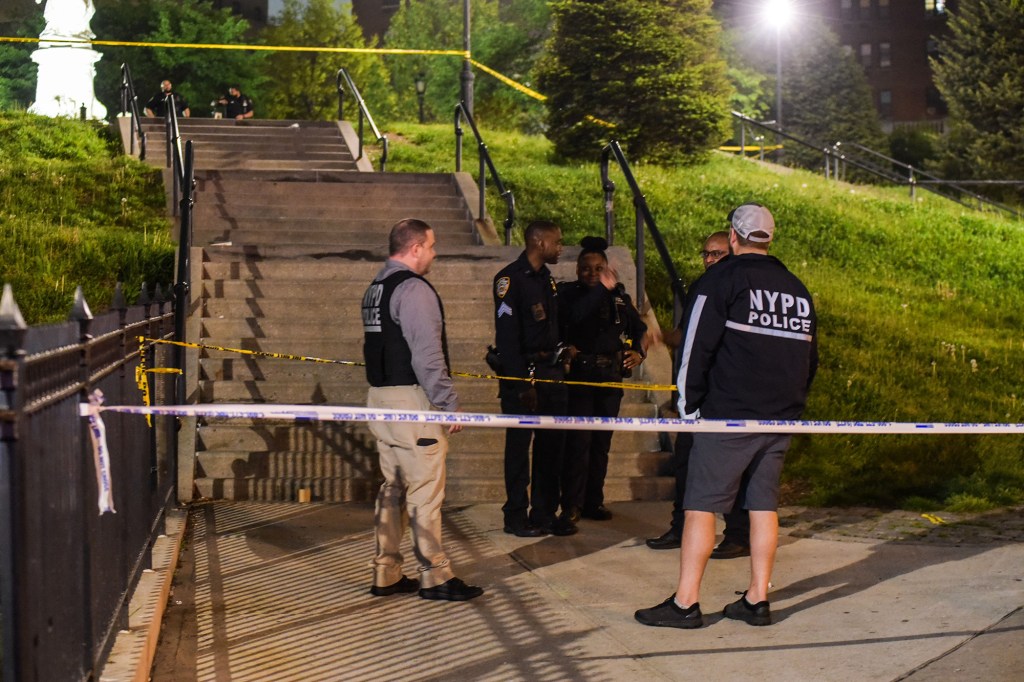 A 27-year-old man was killed and four others hurt in at least four shootings across the city overnight, police said.

Gunfire erupted outside the Apple store on 59th Street and Fifth Avenue in Manhattan shortly before 7 am Saturday. Cops were on the scene. No details were immediately available.

Hours earlier, a 27-year-old man died after he was shot in the head inside Joyce Kilmer Park in the Bronx, police said. Cops responding to a 911 call of a shooting at around 2 am found the victim inside the park at the corner of East 161st Street and Grand Concourse, authorities said.

He was pronounced dead at Lincoln Hospital. There have been no arrests.

Police are looking for a man in his 30s, wearing dark clothing, who ran from the scene following the shooting. The victims went to St. Barnabas Hospital with non-life-threatening injuries, authorities said.

In Brooklyn, two teens were wounded Friday during a beef in Bedford-Stuyvesant, police said.

Cops said a teen gunman wearing a red sweatshirt shot a 16-year-old in the right hand and a 15-year-old in the left ankle on Park Avenue and Marcus Garvey Boulevard at 10:25 pm The 16-year-old victim was taken to Maimonides Hospital and the 15-year-old went to Cornell Hospital, both with non-life-threatening injuries, cops said. There are no arrests.