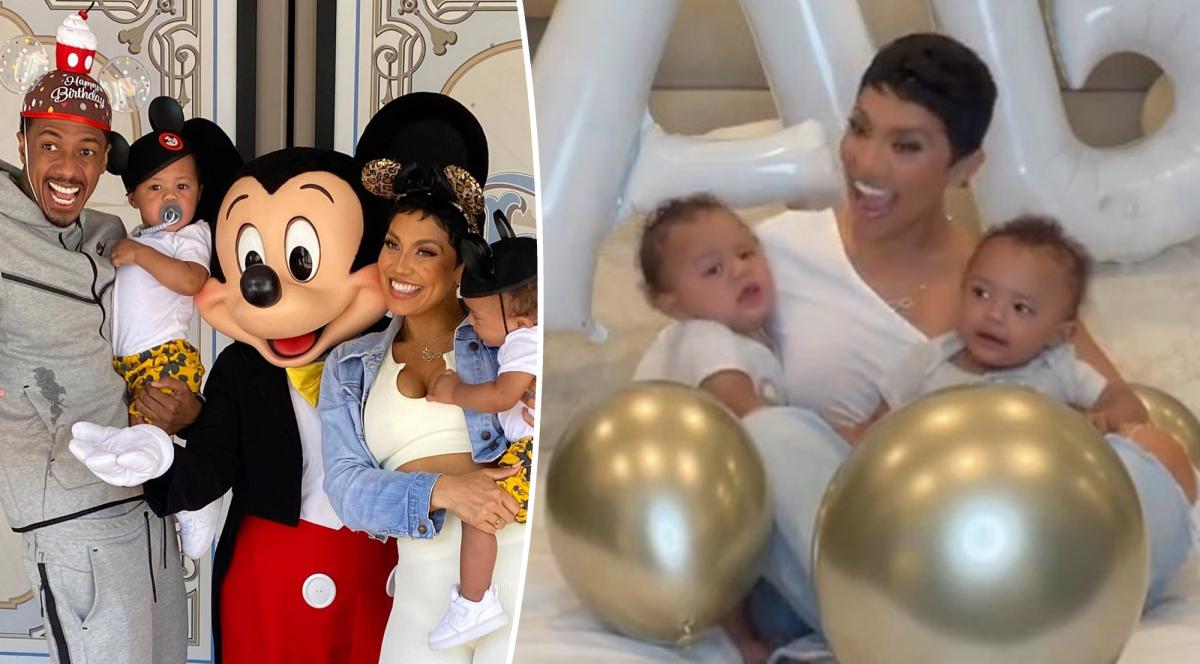 Nick Cannon treated his twin boys to a day at Disneyland to celebrate their first birthday.

“A year ago today Zill[ion] and Zion were born!!” the “Masked Singer” host, 41, captioned an Instagram photo on Tuesday with the 1-year-olds and their pregnant mom, Abby De La Rosa.

“We celebrated at the happiest place on earth!”

Cannon went on to call the 31-year-old DJ “superwoman,” gushing, “I will make it my mission to let the boys know how honored and privileged they are to have such an amazing, loving, strong, resilient and magnificent Mother ! It’s their birthday today but you’re the one that should be celebrated!!”

The rapper also noted that he peed “all over” his birthday cake when he turned 1 — and “the apple doesn’t fall far from the tree.”

The “All That” alum explained, “Soon as Zion saw Mickey Mouse he just let loose all over me. It’s actually happening in this photo!! Piss everywhere! LOL.”

Cannon shared his family photo with De La Rosa one week after she revealed her third child is on the way.

While the former Nickelodeon star has yet to confirm nor deny his paternity, he hinted to the “Lip Service” podcast cohosts earlier this month that his family is expanding.

“Let’s just put it this way … the stork is on the way,” Cannon said in the June 8 interview.

In addition to Zion and Zillion, the “Wild ‘N Out” host is already the father of twins Moroccan and Monroe, 11, with Mariah Carey, as well as son Golden, 5, and daughter Powerful, 1, with Brittany Bell.

The following month, news broke that Cannon is expecting baby No. 8 with Bre Tiesi. The duo will welcome a son.

The 31-year-old model’s pregnancy news sparked Cannon’s celibacy journey in October 2021, but the “Drumline” star only abstained from sex for less than two months.

“I started f–king like crazy… right before Christmas,” he recalled in his “Lip Service” episode. “I got depressed with the loss of my son. So everybody was like, ‘Let’s just give him a little vagina.’”