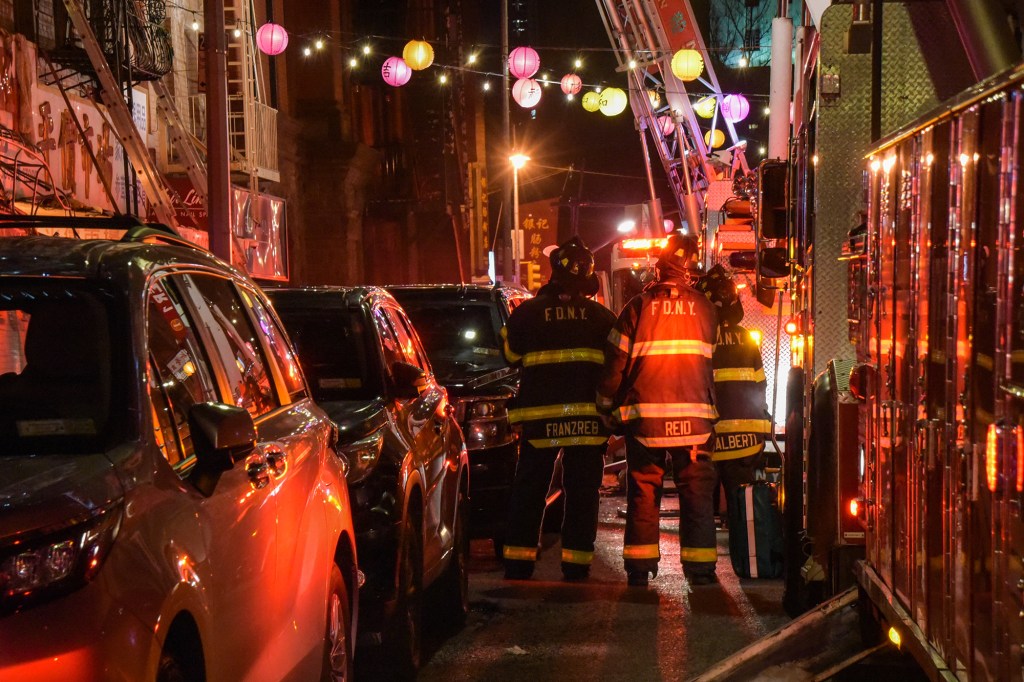 A woman and her son were killed when a fire broke out in their Chinatown apartment early Friday, police said.

The FDNY said the fire broke out around 3:50 a.m. on the fifth floor of the building on Mulberry Street near Bayard Street, with flames spreading to the sixth floor.

According to police sources, the 52-year-old man – who had an unspecified disability – was found dead inside his apartment, and his 91-year-old mother was taken to New York-Presbyterian Lower Manhattan Hospital, where she also succumbed. injuries, officials said.

Police sources said a 67-year-old woman, who worked as a home health aide overnight for the male victim, told her that he put her to sleep in his room at around 3 am.

According to sources, about 50 minutes later, he noticed smoke in the apartment and saw the room engulfed in flames.

According to the FDNY, another civilian was hospitalized with minor injuries, and three firefighters were evaluated for minor injuries.

“There was some fall in the interior stairs – one of our firefighters fell down those stairs,” said FDNY deputy assistant chief John Cerrocco. told WNBC,

The fire is being investigated by a fire marshal, and it is not immediately clear whether it is being treated as suspicious.