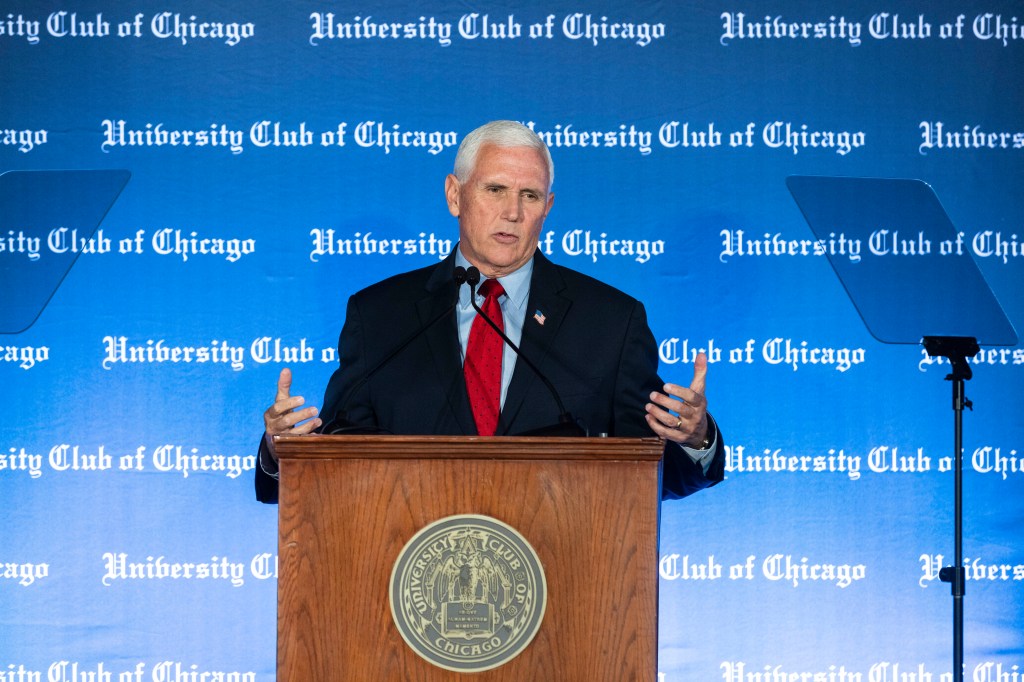 Rep. Lee Zeldin (R-Suffolk) is adding former Vice President Mike Pence to the list of Republican leaders backing his campaign for the governor ahead of the June 28 primary election.

“Proud to endorse @leezeldin for Governor of New York at the @cpnys today! He’s a Lt Col in the Army Reserve, proud supporter of our police officers, advocate for parents’ rights in education & a fiscal Conservative who will fight for lower taxes, less regulation & more freedom!” Pence tweeted Wednesday night.

The former VP announced his support for the Long Island Republican at a Wednesday event in Manhattan hosted by the state Conservative Party after previously hosting a fundraiser in Zeldin’s honors earlier in the year.

But the race still remains up in the air with days to go.

Pence officially got behind Zeldin a day after the final debate among the GOP candidates where he faced an onslaught of attacks over his record as a state senator and member of Congress.

“Does VP Pence know that Lee Zeldin once touted Andrew Cuomo for president and while in the state senate was a reliable vote for Cuomo? Either way, it will have no effect on the race,” Astorino texted Wednesday while echoing previous attacks on Zeldin voting in favor of a state budget as a senator.

Giuliani likewise tried to turn the Pence endorsement against Zeldin.

“Certainly we’ve picked up a lot of patriot groups in Suffolk County as well, that were not happy with the Pence fundraiser and the [Rep. Andrew] Garbarino endorsement. I’m sure they’re not going to be very happy about Pence endorsement now at this point,” Giuliani said.

Former President Donald Trump, who reportedly agreed with calls to hang Pence after his VP refused to help overturn the 2020 election, has yet to pick sides in the race despite efforts by Zeldin, Giuliani and Astorino.

“We will be talking here in the next couple of days,” Giuliani said.

The four candidates were asked to pick sides between Trump and Pence at a Tuesday night debate hosted by Newsmax.

“How would you describe yourself politically, on a scale from, Pence to Trump?” moderator Eric Bolling asked.

Giuliani said he was between Trump and his famous father, former Mayor Rudy Giuliani while Astorino mentioned that he had defended Trump in the past on CNN.

Wilson emphasized his identity as a small government conservative while Zeldin said he specifically tried to satisfy Pence and Trump lovers alike.

“No matter what the two names are that you’d mention, it’s important to always be my own man,” Zeldin said.