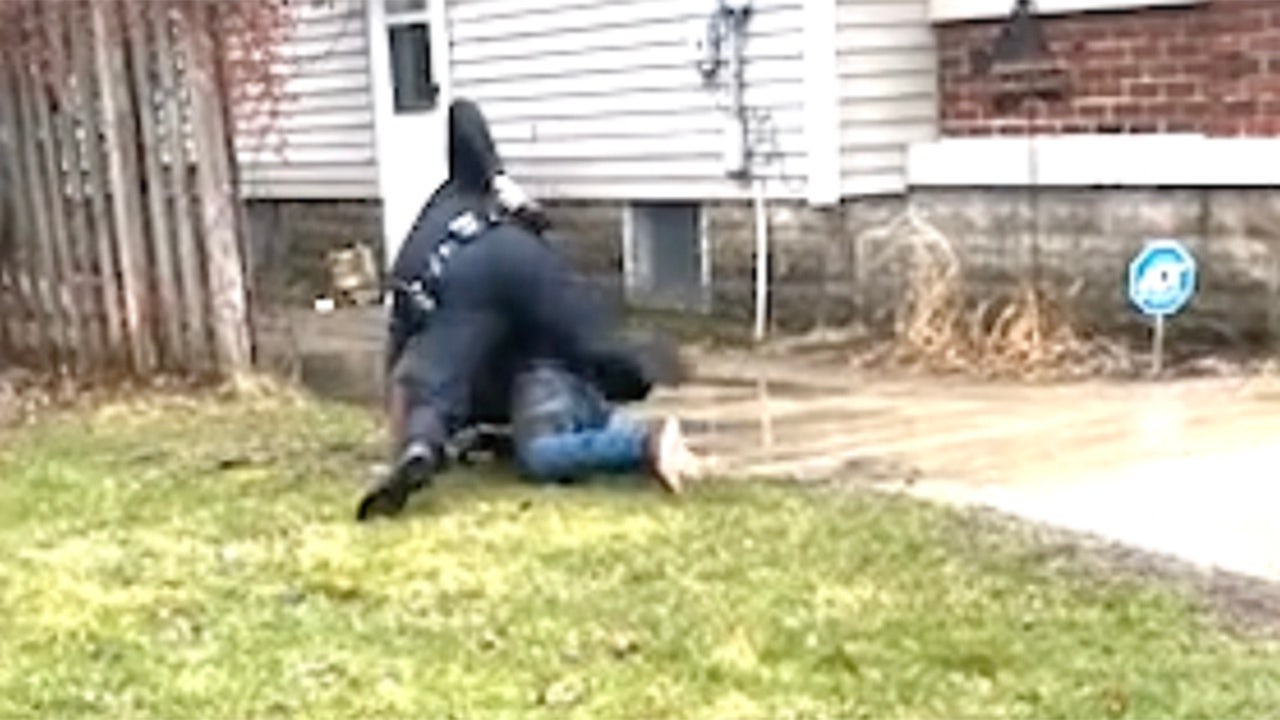 The Grand Rapids Police Department on Wednesday released multiple videos of an officer shooting and killing a black man last week during a traffic stop after a brief clash over an officer’s Taser.

The officer, a white man who has not been identified, pulled over 26-year-old Patrick Lyoya on the morning of April 4 because his car tags did not belong to the vehicle.

Lyoya, a resident of the Democratic Republic of the Congo, got out of the car before the official could arrive. The officer asked for her license and asked her to return to the car but Loya refused, then started running.

After a brief foot chase, the officer captures Lyoya and the two fight for the officer’s Taser.

After about two minutes, the officer pulled out his handcuffs and shot Loya once in the head, killing him.

“In my view of the video, Taser was deployed twice. Taser didn’t make contact,” Winstrom told a news conference. “And Mr. Loya was shot in the head. However, that’s the only information I have.”

Ben Crump, a prominent civil rights lawyer, said the video “clearly shows that this was an unnecessary, excessive and lethal use of force against an unarmed black man who was confused by the encounter and feared for his life.”

“We demand that the officer who killed Patrick for the violent murder of Patrick Lyoya not only be terminated for the use of excessive and lethal force, but that he be arrested and prosecuted,” Crump said in a statement.

Kent County Prosecutor Chris Baker, who will decide whether to bring charges against the officer, asked for the community’s patience as he reviews all the evidence.

“This is an extremely important incident, and everyone involved in the investigation is taking it very seriously,” Baker said. “As I said in a previous statement, I have one goal – the search for truth – and I am committed to that.”

Hundreds of protesters gathered at the Grand Rapids Police Department headquarters on Wednesday evening to protest the shootings.

The officer, a 7-year veteran of the force, will not be identified until prosecutors make charges. The officer has been placed on paid leave during the investigation.