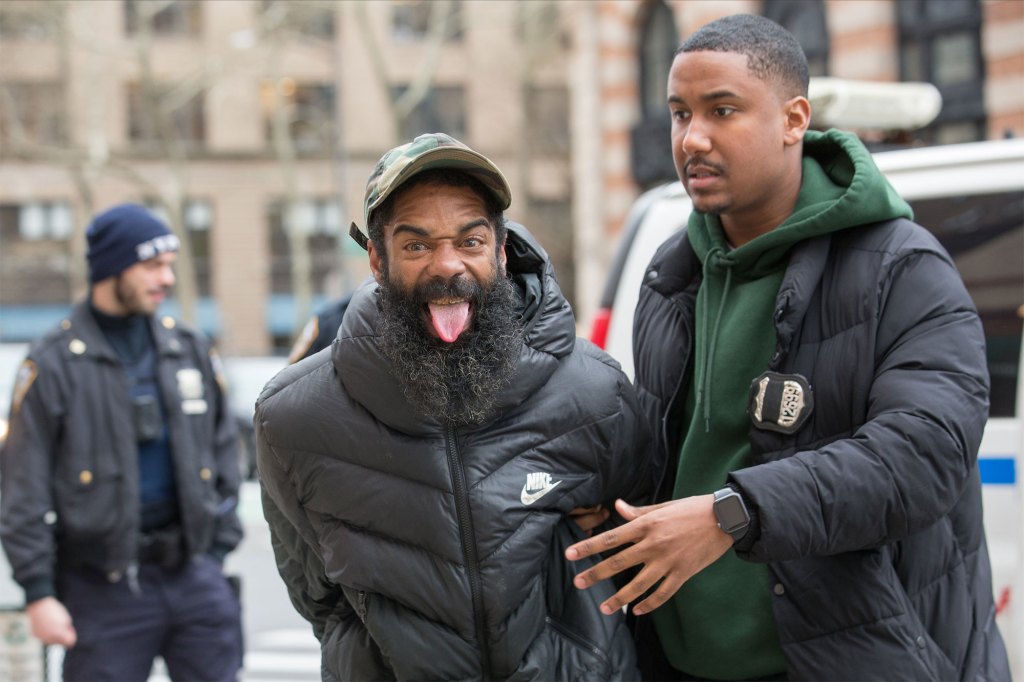 An unhinged subway passenger accused of menacing other riders with a large knife on a Manhattan subway Tuesday afternoon was later arrested thanks to a quick-thinking straphanger who flagged down police.

Hasuan Fernandez, 48, was allegedly acting erratically and threatening commuters with a 10-inch blade aboard a downtown 1 train that had just left the Chambers Street station in Tribeca at about 3:30 pm, according to police and Ronny Jaramillo — the man who helped land the suspect in custody.

“The guy was in the train — he was not in my train [car] — but he started attacking people; he started punching the walls,” Jaramillo, 36, recalled in an interview with The Post.

Two men tried to stop Fernandez, Jaramillo said, but after the suspect “pulled out a knife,” everybody fled to Jaramillo’s car.

The suspect then followed the terrified riders into the adjacent car, according to the witness.

“Everybody tried to be as far away from him as possible,” said Jaramillo. “He was waving the knife at everybody.”

Fernandez eventually exited the train at the Franklin Street station with Jaramillo on his trail.

Jaramillo, a Park Slope restaurateur who is opening a Mexican eatery in Tribeca, said he was able to track the suspect by his distinctive red backpack.

“I called the cops, and I started following him because I was afraid that he was going to another train station and might possibly actually start stabbing people now,” he told The Post.

An NYPD van pulled up right away and Jaramillo said he hopped in and led them to Fernandez, several blocks away.

“I jumped in the car, and I followed the trail where he was walking so I was able to identify him. So they caught him right away and he was arrested.”

Fernandez was charged with criminal possession of a weapon, menacing and disorderly conduct, police said.

No one was injured in the frightening incident, police said.

Jaramillo’s heroic actions came a week after a gunman terrorized dozens of Brooklyn straphangers and eluded cops for more than a day before turning himself in at an East Village McDonalds.