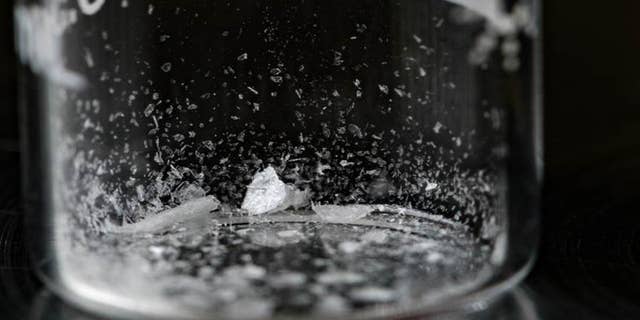 Two maintenance workers in a downtown Los Angeles apartment complex were found dead Thursday after they were exposed to fentanyl, authorities said.

Luis Garcia, 31, and John Black, 52, were identified by the Los Angeles County Medical-Examiner Coroner as the workers who died. Officers responded to an apartment complex in the 800 block of South Olive Street just before 1 am for a hazmat call, the LAPD told TOU.

Relatives of one of the workers had contacted the building manager after not seeing or hearing from him since Wednesday evening. The manager checked unit 2205, the last known location where Garcia and Black were working around 5:45 pm Wednesday, the police said.

The unit was abandoned and the pair were performing maintenance work inside. When the manager walked in, the two men were found unresponsive, the LAPD said.

A white substance was found in the vicinity of the room and tested positive for fentanyl, the LAPD said. No arrests have been made and an investigation is ongoing.

Fentanyl is a synthetic opioid that is 80-100 times stronger than morphine and is often added to heroin to increase its potency, according to the Drug Enforcement Administration.