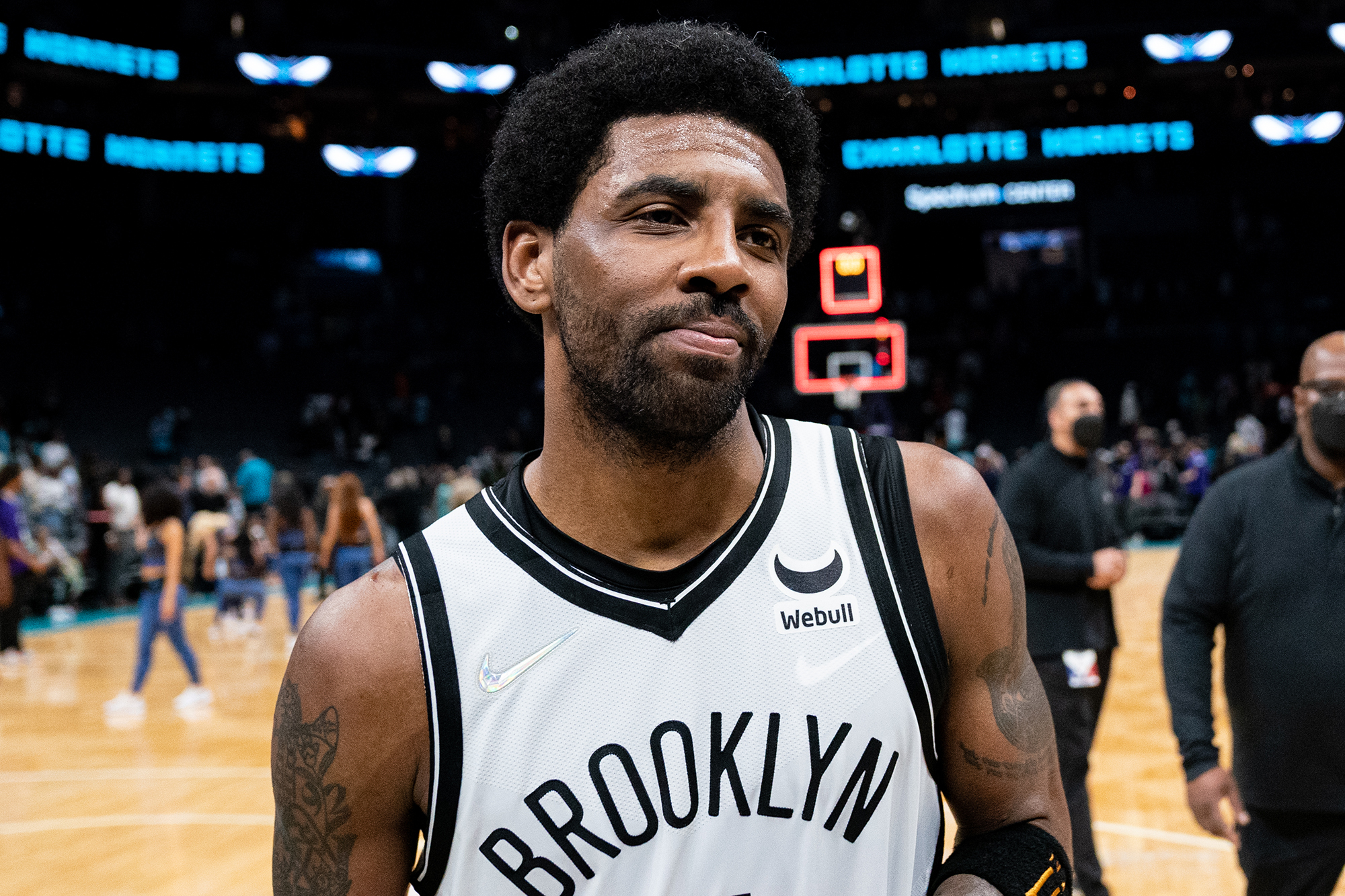 Kyrie Irving was spotted handing out a wad of cash to a homeless man in NYC last Friday, just days before he made obscene gestures during a playoff game against the Boston Celtics.

A spy tells us the Brooklyn Nets star – who has since been slapped with a $50,000 fine from the NBA for his actions — “gave a homeless man $200 before jumping in an Escalade.”

According to our source, the gesture occurred after Irving, 30, exited Catch in the Meatpacking District and while he was waiting for his ride.

Irving has been spotted giving back to others on previous occasions. In 2018, he was caught on video by TMZ giving $240 to a homeless man in Houston, Texas.

“I just had to bless that man,” he told NBC at the time. “I’m really afforded a lot in this life, that I play the game, the game that I love. I just love giving back. I told you my object is to heal the world.”

Irving has done a number of good deeds through his KAI Family Foundation including buying a home for George Floyd’s family, building a solar-powered water plant in a village in Pakistan and donating food and masks to the Standing Rock Sioux tribe. He also dished out $1.5 million so that members of the WNBA who chose not to play due to the COVID-19 pandemic or social justice issues could get paid while sitting out a season.

Irving – who played for the Celtics from 2017 to 2019 – made less positive headlines on Sunday after he flipped off fans during a game in Boston.

“It’s not every fan, I don’t want to attack every fan, every Boston fan,” he said after the game. “When people start yelling ‘p—y’ or ‘b—ch’ and ‘f–k you’ and all this stuff, there’s only but so much you take as a competitor. We’re the ones expected to be docile and be humble, take a humble approach, f–k that, it’s the playoffs. This is what it is.”