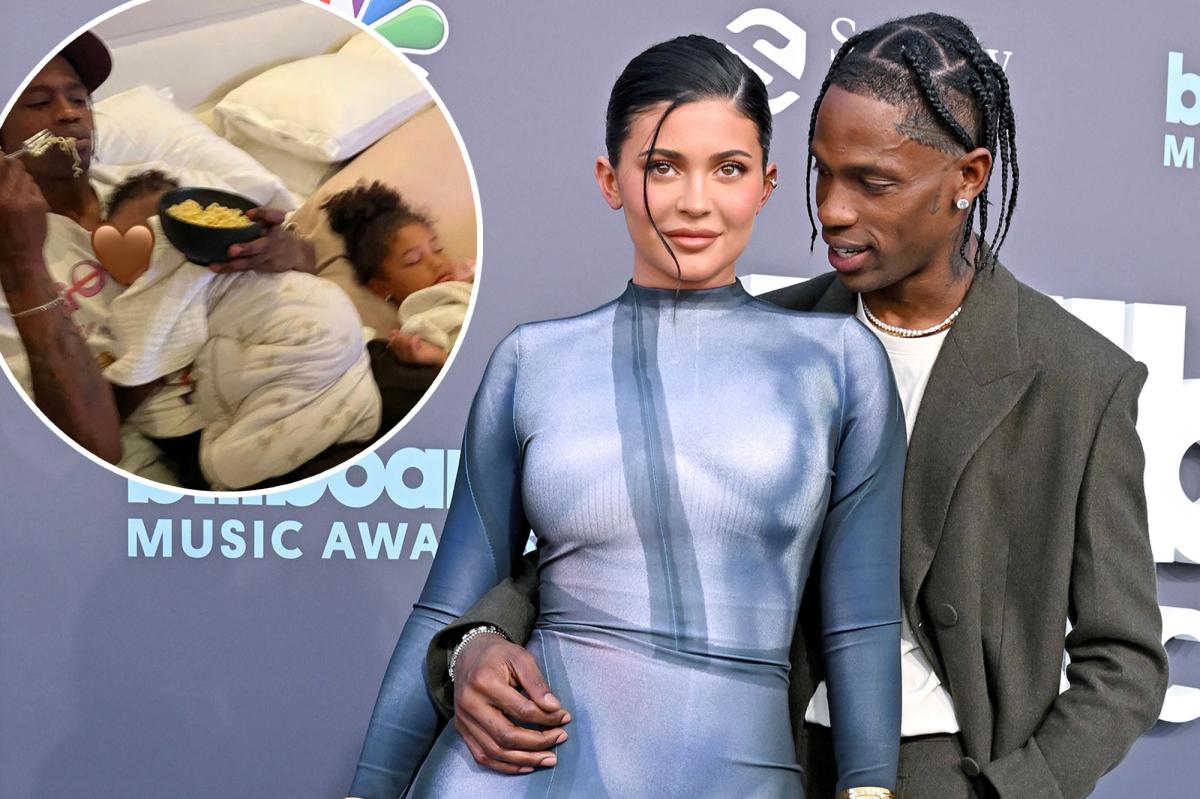 In one sweet snap posted to Instagram Sunday, Scott, 31, lay down on a bed and ate noodles while their baby boy rested on top of him. The rapper held the bowl on top of his son’s back while 4-year-old daughter Stormi cuddled next to them and rested her eyes.

Jenner, 24, put a brown heart emoji over her little guy’s face, so followers could only see the side and back of his head. The rest of his body was covered in a blanket and a baby towel.

“happy father’s day daddyyyyy we love you ” the reality star captioned the snap.

The Kylie Cosmetics founder also posted a close-up photo of Scott and their son standing together while wearing matching gray and white Nike Air sneakers.

The Grammy nominee wore brown pants, while his boy opted for gray sweat-shorts.

Jenner gave birth to her and Scott’s baby boy on Feb. 2, four years after Stormi’s arrival.

They originally named their son Wolf but later revealed they changed his name because “it just wasn’t him.”

“Wolf was never on our list,” Jenner told “Entertainment Tonight” in April. “I liked the name. There’s nothing against Wolf, it just wasn’t him.”

And it does not look like the couple will be releasing the newborn’s new name anytime soon.

“We just haven’t fully legally changed it or anything, so I don’t want to announce a new name and change it again,” the “Kardashians” star told “Extra” in April.

“So, yeah, we’re just not ready to share a new name yet.”