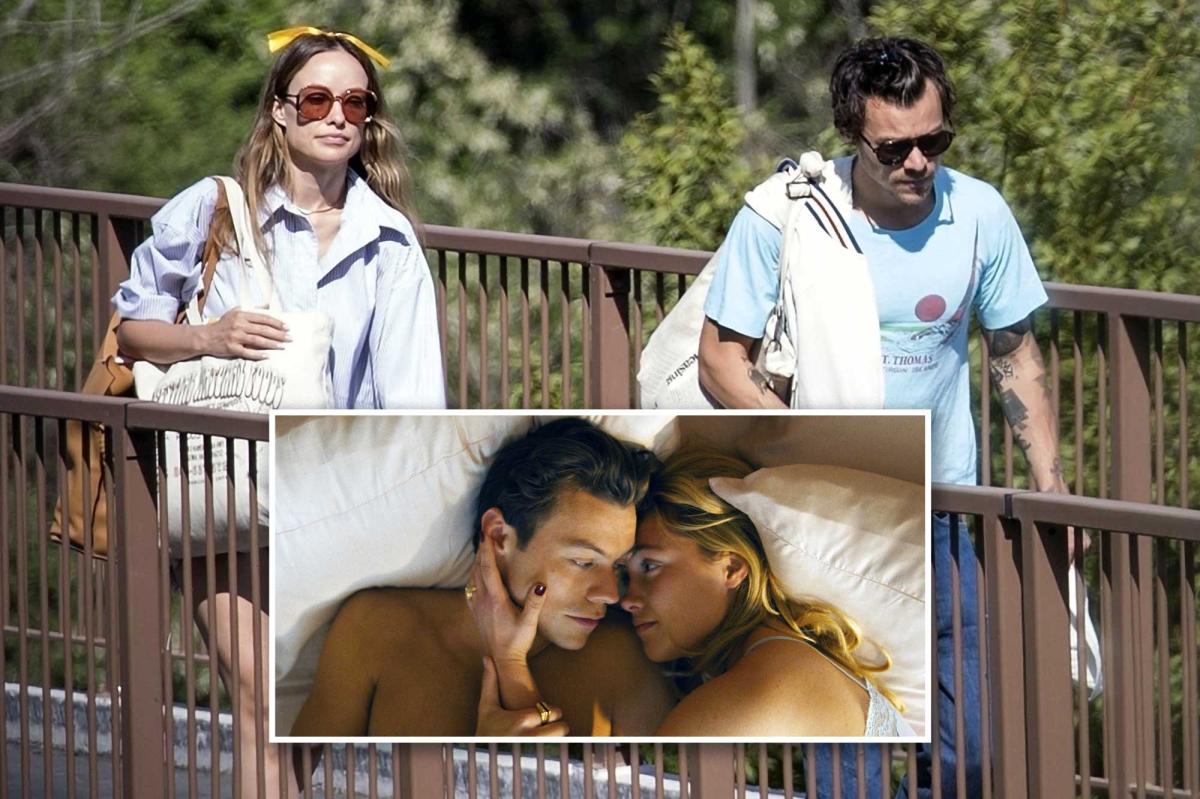 Olivia Wilde is focused on the world premiere of “Don’t Worry Darling” amid rumors of tension on the set of the movie, which she directed.

Multiple sources previously told Page Six that Florence Pugh — who stars in the hotly anticipated psychological drama — was unhappy after Wilde fell for the other lead, Harry Styles, during filming.

But other sources have now said that Wilde and Styles did not flaunt their flourishing romance and most people on set did not know they were an item.

“Olivia was super professional — both she and Harry were. We were all surprised to hear that they were an item and didn’t even realize they were a couple until the news was out publicly,” said one set insider.

Wilde and Styles made their public debut at the wedding of Styles’ agent Jeffrey Azoff in January 2021 and are still going strong.

Another source in the know added: “We were filming the movie at the height of COVID. Everyone had a job to do and we were focused on that. I certainly didn’t see Harry and Olivia all over each other!”

Despite insiders saying that Wilde’s ex, Jason Sudekis, visited the ‘Darling’ set, the source said they did not see him, adding: “The set was strictly closed to visitors since we were at the height of Covid lockdown.”

Wilde is now looking forward to reuniting with the cast of “Don’t Worry Darling” at the Venice Film Festival, which begins August 31 in Italy and continues through September 10. She will be one of the only women directors at the fest, according to to sources.

Wilde will join Styles, Pugh and their cast mates Gemma Chan and Chris Pine at the world premiere in September, and the film is to be released Sept. 23 in the US.

As we reported, Pugh left tongues wagging when she did not post the trailer for ‘Don’t Worry Darling’ last week, but we’re told she absolutely plans to promote the movie.