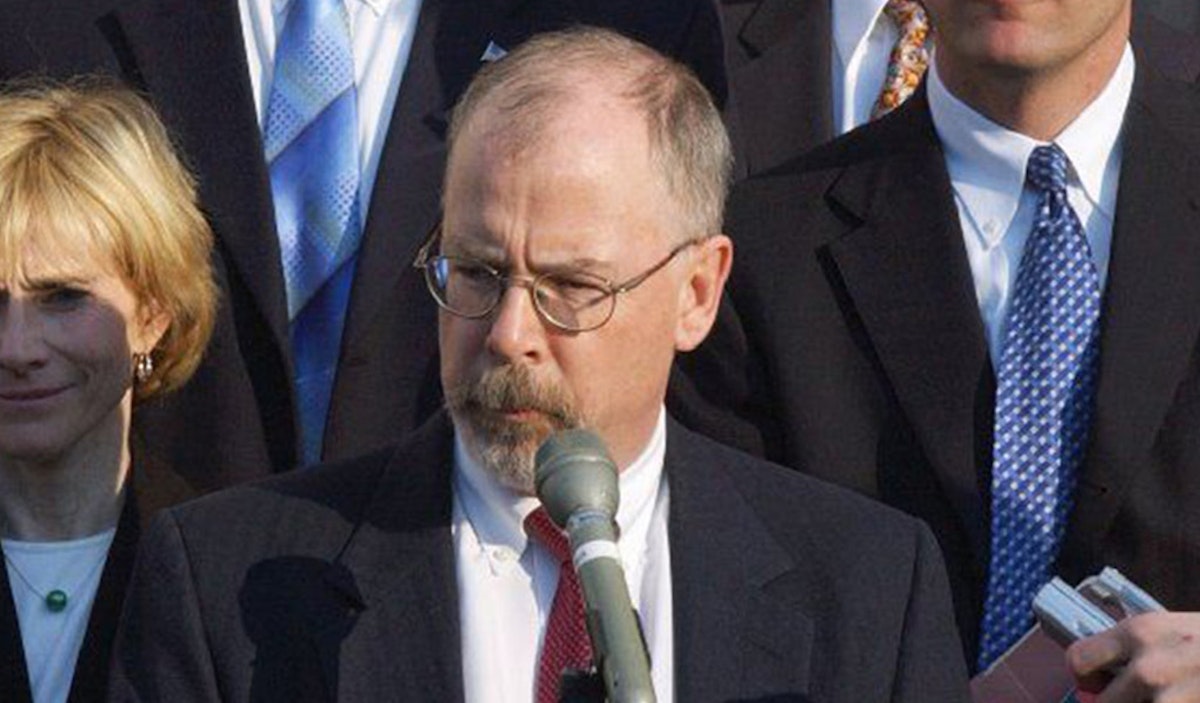 USA Updates ‘In Other Words, It Was Made Up’: Jim Jordan Rips Trump/Russia Conspiracy After Latest Durham Filing | The Daily Wire
TOU

“The CIA knew as early as 2017 that the Trump/Russia collusion data was not ‘technically plausible’ and was ‘user created.’ In other words, it was made up. But Democrats and the media told you otherwise!” Jordan said in a social media post.

The CIA knew as early as 2017 that the Trump/Russia collusion data was not “technically plausible” and was “user created.”

In other words, it was made up.

But Democrats and the media told you otherwise! https://t.co/3QVoe48h6s

Allegations of collusion with Russia dogged former President Donald Trump during his campaign and throughout his presidency. Ex-special counsel Robert Mueller for three years investigated claims that the Trump campaign had illegally coordinated with Russian agents to influence the 2016 election. Mueller eventually concluded that no such evidence exists.

Attorney Michael Sussmann, who previously worked for the Seattle-based law firm Perkins Coie, approached the FBI, under what Durham alleges were false pretenses, with information on potential Trump/Russia collusion. Sussmann took what he said could be evidence of coordination between Trump Tower in New York and Alfa-Bank, one of the largest private banks in Russia.

The CIA, identified in the filing as “Agency-2,” knew in 2017 that at least part of the information that Sussmann had given to federal investigators was not “technically plausible” and was “user created,” according to Durham’s Friday filing, Durham wrote:

For example, while the FBI did not reach an ultimate conclusion regarding the data’s accuracy or whether it might have been in whole or in part genuine, spoofed, altered, or fabricated, Agency-2 concluded in early 2017 that the Russian Bank-1 data and Russian Phone Provider-1 data was not “technically plausible,” did not “withstand technical scrutiny,” “contained gaps,” “conflicted with [itself],” and was “user created and not machine/tool ​​generated.” The Special Counsel’s Office has not reached a definitive conclusion in this regard.

Sussmann is charged with lying to the FBI regarding the information he brought to the agency about the Trump campaign’s alleged Russia ties in 2016. The former Perkins Coie attorney’s trial is set to begin next month.

In a February filing, Durham said that Sussmann purposely misrepresented to the FBI his reason for meeting with the agency’s general counsel, James Baker, about the information Sussmann had. At the time in 2016, Perkins Coie had taken on the presidential campaign of former Secretary of State Hillary Clinton as a client. Durham said in his filing that Sussmann, while claiming to the FBI that he was unattached, actually approached the agency “on behalf of at least two specific clients,” one of which was “the Hillary Clinton Campaign.”

The other party Sussmann allegedly represented was Rodney Joffe, head of the tech company Neustar. Joffe aided Sussmann in compiling what was eventually turned over to the FBI by “exploit[ing] [Joffe’s] access to non-public and/or proprietary Internet data” through a government contract, Durham wrote.

The Daily Wire is one of America’s fastest growing conservative media companies for breaking news, investigative reporting, sports, podcasts, in-depth analysis, books, and entertainment for a reason: because we believe in what we do. We believe in our country, in the value of truth and the freedom to speak it, and in the right to challenge tyranny wherever we see it. Believe the same? Become a member now and join our mission.