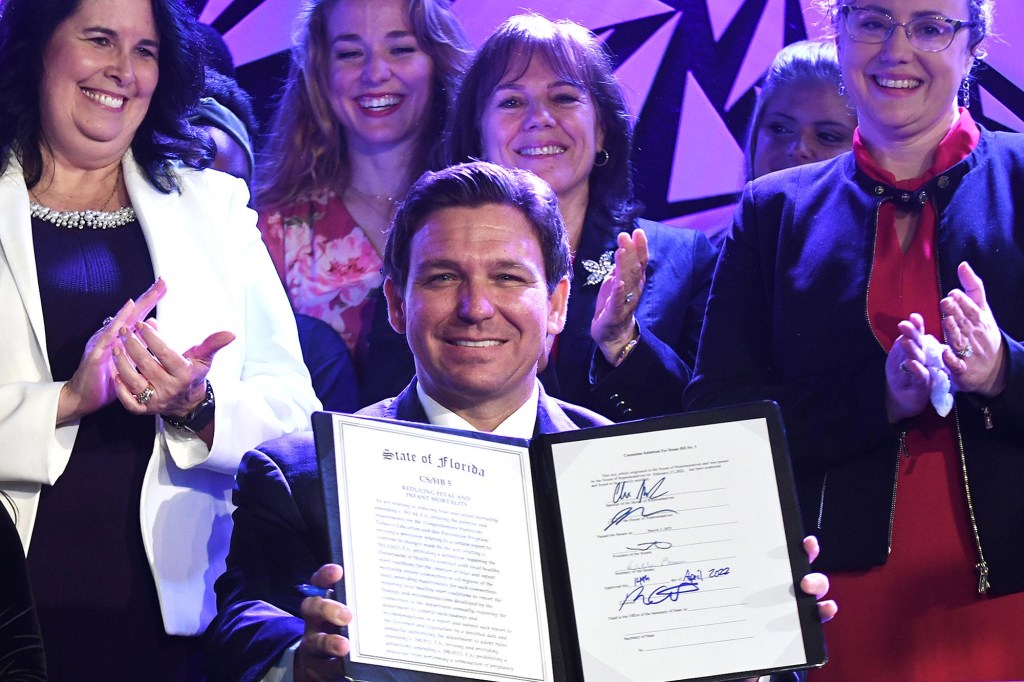 Gov. Kathy Hochul on Thursday slammed Florida Gov. Ron DeSantis for “smiling” when signing into law a 15-week abortion ban in her state.

“Smiling ear to ear he takes away the reproductive rights of Floridians. It’s cruel and despicable,” Hochulu tweeted In response to a post that included footage of him signing the bill.

“For anyone seeking abortion care, know that you are welcome to New York,” Hochul said.

Some commentators questioned Hochul’s words in his furious response.

“Interesting choice of words, ‘rips’ as you talk about abortion, gov,” wrote one Twitter user.

The new Florida law, which will take effect July 1 — would prohibit abortions after 15 weeks of pregnancy, a dramatic cut from the current limit of 24 weeks.

It does not allow exemptions for pregnancies caused by rape, incest or human trafficking. However, it allows the procedure when abortion is deemed necessary to save the mother’s life, prevent serious injury or cause a fatal fetal abnormality.