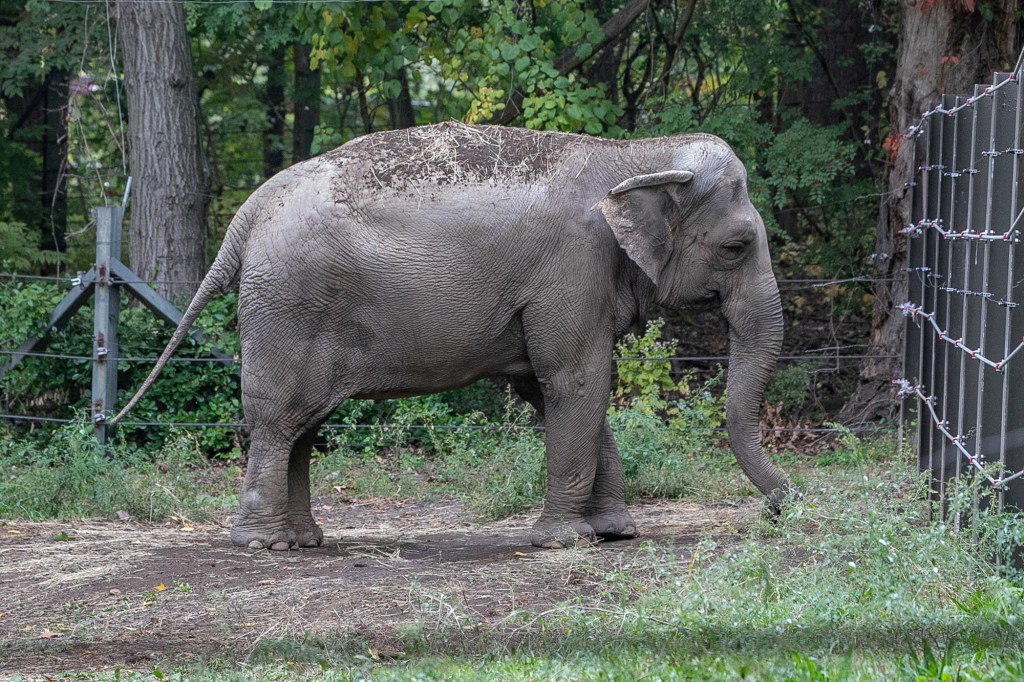 New York’s highest court has ruled that Happy the elephant is not a “person” as it tossed a lawsuit seeking to free the animal from the Bronx Zoo.

The 5-2 decision likely marks the end of the line for an animal rights group that since at least 2018 has been seeking to spring the 50-year-old Asian pachyderm through habeas corpus – a legal principal used for challenging wrongful imprisonment.

But the state Court of Appeals on Monday rejected that argument, finding habeas corpus “has no applicability to Happy, a nonhuman animal who is not a ‘person’ subjected to illegal detention.”

“While no one disputes that elephants are intelligent beings deserving of proper care and compassion, the courts below properly granted the motion to dismiss the petition,” reads the majority decision authored by Chief Judge Janet DiFiore.

Still, two of the seven-judge panel disagreed with DiFiore’s opinion, finding that Happy should have the right to petition for her freedom.

“We should recognize Happy’s right to petition for her liberty not just because she is a wild animal who is not meant to be caged and displayed, but because the rights we confer on others define who we are as a society,” Judge Rowan Wilson wrote .

Similarly, Judge Jenny Rivera wrote in her dissenting opinion: “The law has a mechanism to challenge this inherently harmful confinement, and Happy should not be denied the opportunity to pursue and obtain appropriate relief by writ of habeas corpus.”

The NonHuman Rights Project has argued that Happy – as an intelligent creature – should live free from captivity after over 40 years cooped up in the zoo and more than ten years living alone.

But the case has been struck down by lower courts which have ruled that Happy is an elephant and not a human and therefore habeas corpus rights can’t be applied to her.

A lawyer for the Bronx Zoo and a rep for the NhRP both didn’t immediately return requests for comment.