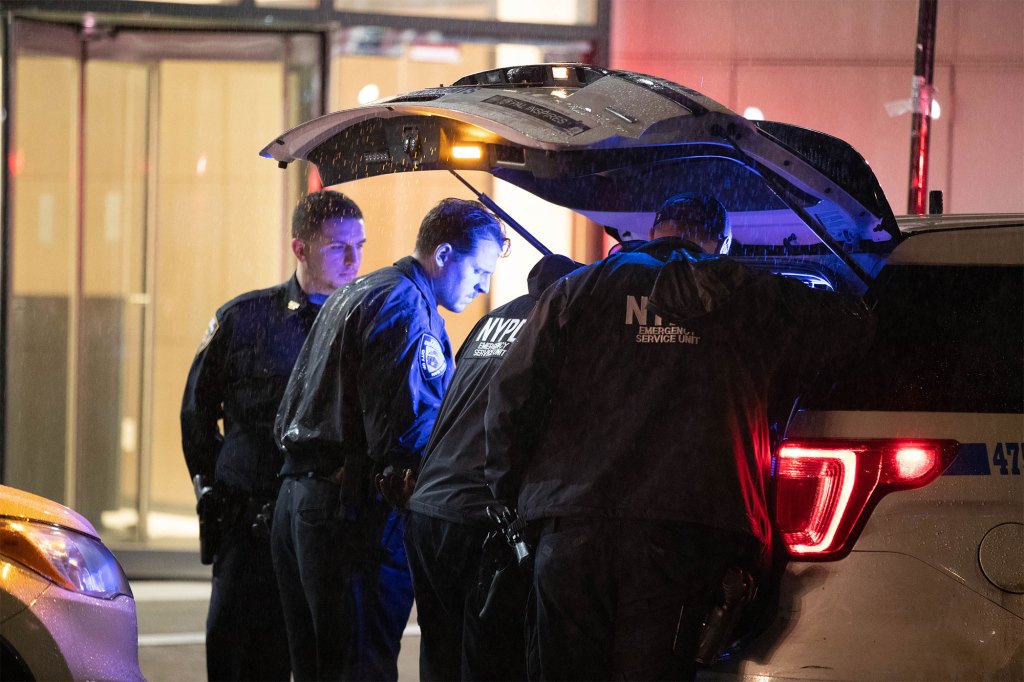 The fiend accused of raping 4-year-old twins in Pennsylvania and attacking two officers who tried to arrest him at a Midtown homeless shelter was captured by authorities in Yonkers Tuesday night, police and sources said.

Fugitive task force officers caught up with Isaiah Metz, 22, and took him into custody after subduing him with a stun gun, according to sources.

He was initially hospitalized before being hauled to the Midtown South Precinct, where he was hit with numerous charges, including assaulting a police officer, resisting arrest and criminal trespass.

The arrest came after Metz allegedly fought off an NYPD detective and an investigator from the city Department of Investigation at the Antonio Olivieri Drop-In Center on West 30th Street near Eighth Avenue in Manhattan around 4:15 am Tuesday, police said.

Metz allegedly punched both officials in the head multiple times and bit the investigator on the arm before fleeing the scene, cops said.

The suspect was adopted into a foster family in York County, Pennsylvania, where he is accused of raping the young twin girls, police sources said.

He faces a total of 115 charges in connection to the heinous sex assaults that took place in Goldsboro, records show.

Metz is also on parole for allegedly attacking another cop, also in Pennsylvania, CBS reported,