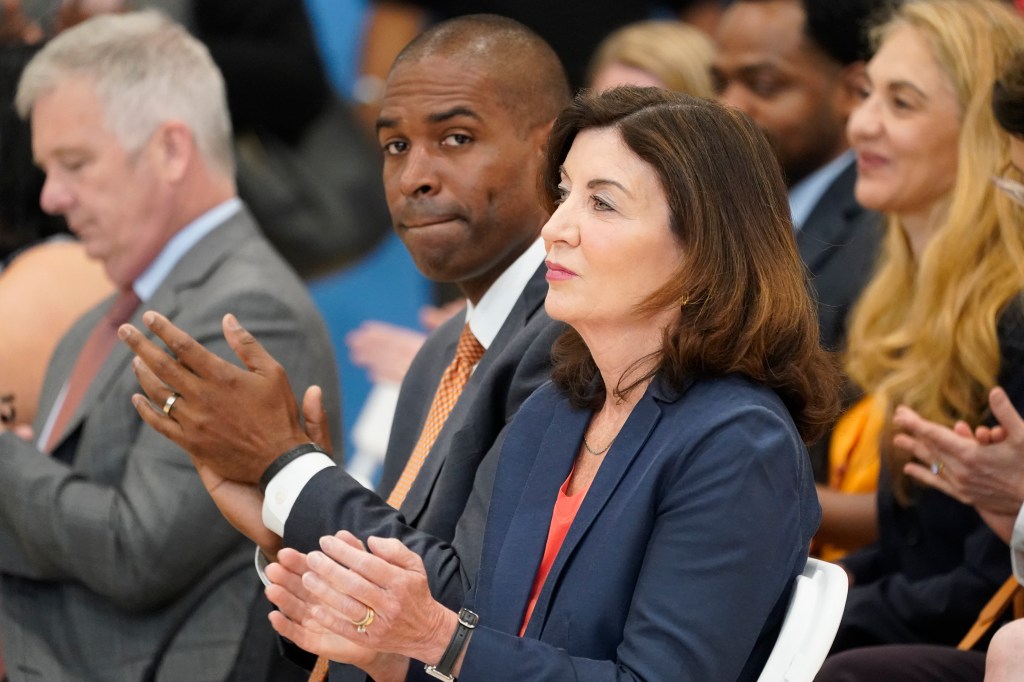 Antonio Delgado fended off attacks from progressive activist Ana Maria Archila in the only televised debate ahead of the June 28 Democratic primary for Lieutenant Governor.

Archila criticized Delgado over his “lack of independence” from Gov. Kathy Hochul, who appointed him to the position just weeks ago after a scandal forced the resignation of his predecessor, Brian Benjamin.

“The lieutenant governor should not be standing quietly in the background,” Archila said.

But Delgado repeatedly said he would follow the lead of his running mate, including on key issues such as gun violence, overtime for farmworkers and a controversial bill regulating cryptocurrency mining.

“I know the governor is already working with [her] legal team to figure out how … we can sharply respond,” Delgado said of an impending Supreme Court decision that will likely invalidate longstanding state law on carrying concealed weapons.

Delgado had a more cordial discussion with the third candidate in the race, former City Councilwoman Diana Reyna, who went easy on Delgado while directing her fire at Archila throughout the 90-minute debate hosted by Spectrum News.

“She has been playing the inside game,” Reyna said of Archila, whose campaign has been endorsed and supported with resources by lefty advocacy groups like the Working Families Party and Tenants PAC.

Reyna, who also served as a deputy Brooklyn borough president, has raised less money and received fewer endorsements than her opponents while running alongside gubernatorial hopeful Rep. Tom Suozzi.

Delgado has solidified his status as the frontrunner in the race, with millions more to spend while receiving backing from powerful groups and elected officials in recent days like 32BJ SEIU.

But Archila tried to minimize such advantages by bashing him, along with Reyna, for accepting donations from corporate interests like the real estate industry.

“What’s your strategy to make sure that you are able to find common ground with folks?” Delgado asked Reyna before she inquired about his strategies for battling opioid addiction.

Reyna has attacked Delgado on the campaign trail over issues like his identity as an Afro-Latino while not bringing up such topics Wednesday night.

“His whole career he’s been silent on Latino issues,” she told the Post in early May.

Representatives of the Delgado and Reyna campaigns denied to the Post that there was any truce between the two candidates, who have run on relatively moderate policy platforms compared to their lefty firebrand rival.

The race is the first statewide campaign for all three candidates who stumbled at times during their time on stage.

Reyna failed to name a favorite author and also flubbed the name of the Legislative Office Building in Albany while bragging about her experience in the capital city.

“This ruling is likely not what I’m focused on,” she said of the Supreme Court decision on concealed carry, which could lead to drastically more guns in public places within the Empire State.

Archila appeared to conflate assault weapons with semi-automatic rifles at one point in a debate where she made a curious claim about firearms more generally.

“Every illegal gun was once legal,” she added despite the fact that 3D-printed guns are illegal in New York.