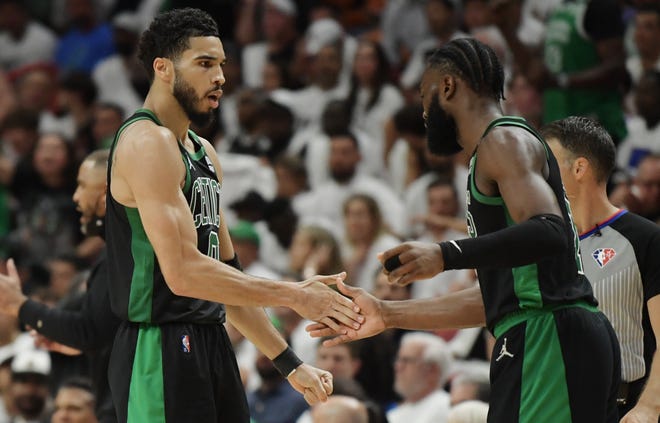 MIAMI — Someone had to win. Amid the turnovers and missed shots — the errant passes, bricks and airballs — one team had to finish with more points than the other.

And the Boston Celtics were that team. The Celtics defeated the Miami Heat 93-80 in Game 5 on Wednesday, taking a 3-2 lead in the Eastern Conference finals.

Game 6 is Friday in Boston (8:30 pm ET, ESPN) where the Celtics can close out the series with a victory and advance to the NBA Finals for the first time since 2010.

This wasn’t a perfect game, but perfection was not necessary against a beat-up, worn-down Heat team. Boston used a dominant second half, pulling away late in the third quarter and building an 83-60 lead early in the fourth.

SPORTS NEWLETTER:Get the latest news and analysis in your inbox

It was the first time a team has won consecutive games in the series.

Jayson Tatum led the Celtics with 22 points, 12 rebounds and nine assists, and Jaylen Brown had a game-high 25 points.

Here are the key takeaways from Game 5:

The Celtics gave up just one offensive rebound in the quarter after giving up nine in the first half. They also limited their turnovers to two in the third after committing 10 in the first two quarters. Coming out of the locker room at halftime, the Celtics increased their defensive intensity. They flipped a 42-37 halftime deficit into a 69-58 lead headed into the fourth quarter.

Miami’s starting backcourt — Kyle Lowry and Max Strus — went scoreless in the first half and were a combined 0-for-15 from the field, including 0-for-12 on 3s. Through a portion of two games, Straus missed 16 consecutive shots, including his nine attempts in Game 5.

Jimmy Butler missed 14 of shots and misfired with two consecutive airballs at the start of the fourth quarter. Bam Adebayo led the Heat with 18 points and 10 rebounds.

Brown and Tatum were a combined 3-for-16 from the field in the first half. They were much better offensively in the second half — Brown had 19 points, including 13 in the fourth quarter, and Tatum had 18 points.

White comes up big off the bench

Boston’s Derrick White, a trade deadline acquisition from San Antonio, had 11 first-half points on 5-for-6 shooting, and the Celtics needed his scoring while the starters struggled offensively.

He finished with 14 points, five assists, two steals and a block.

“You kind of get thrown in the middle of the year, no training camp, nothing,” White said on Monday. “They’ve got something that they’ve established, been playing I don’t know how many months together throughout the year. You kind of just learn it on the fly, try not to step on any toes, which kind of sets you back personally.

“From time to time you just kind of step back. But the team has done a great job of just being like, ‘No, just be you.’ Smart said it to me this morning, Rob said it. I’ve just got to do that. That makes it a lot easier.”

Tyler Herro missed Game 5, his second consecutive absence after straining his left groin in Game 3. “He does need some rest and recovery,” said Heat coach Erik Spoelstra. “These can be tricky. I know how badly he wants to be out there, and that’s why we’ll listen to him, but these decisions have to be made by the training staff and our doctors. We just have to be responsible to our guys as human beings. This is admirable what both sides are doing right now, but you don’t want to be irresponsible, as well.” 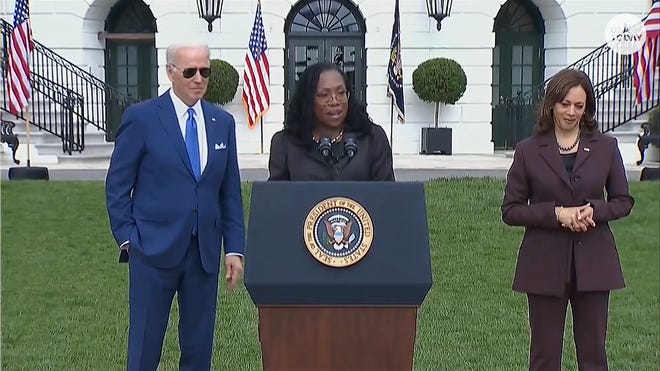