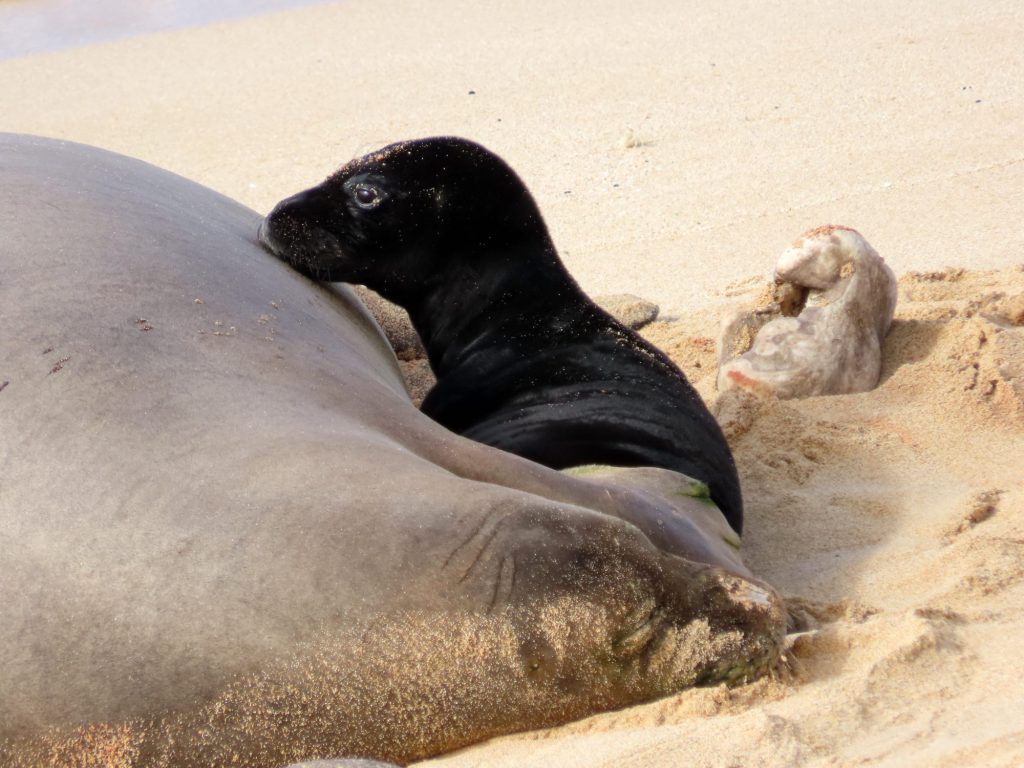 Images of a Hawaiian monk seal being born on an Oahu beach have been captured on camera.

An employee of the state Department of Land and Natural Resources shot video and photos of the pup emerging from the mother onto white sands last week.

“As soon as its (amniotic) sac burst, the little one starting wiggling around,” Lesley Macpherson, who works for the department’s Division of State Parks, said in a news release Tuesday. The mother monk seal checked on her pup by barking as the newborn flapped its flippers.

Hawaiian monk seals are an endangered species. There are only about 1,400 seals in the world. About three-quarters of this total live in the Northwestern Hawaiian Islands, a remote string of small atolls northwest of Hawaii’s populated islands. The rest, about 300 seals, live in the Main Hawaiian Islands including Oahu and Maui.

The pup, named PO5, was one of two baby seals born on Oahu last week. Officials and volunteers will actively monitor the moms and their pups until weaning in about five to six weeks. After weaning, officials will aim to tag the pups and may apply temporary satellite transmitters to the seals to help keep track of them

Three other pups born on Oahu this year died from complications related to birth, the National Oceanic and Atmospheric Administration said,

Ryan Jenkinson, who leads the state’s protected species program, said it’s important for people to stay outside roped barriers set up to safeguard the mothers and their pups. He urged people to keep their dogs on leashes at all times.