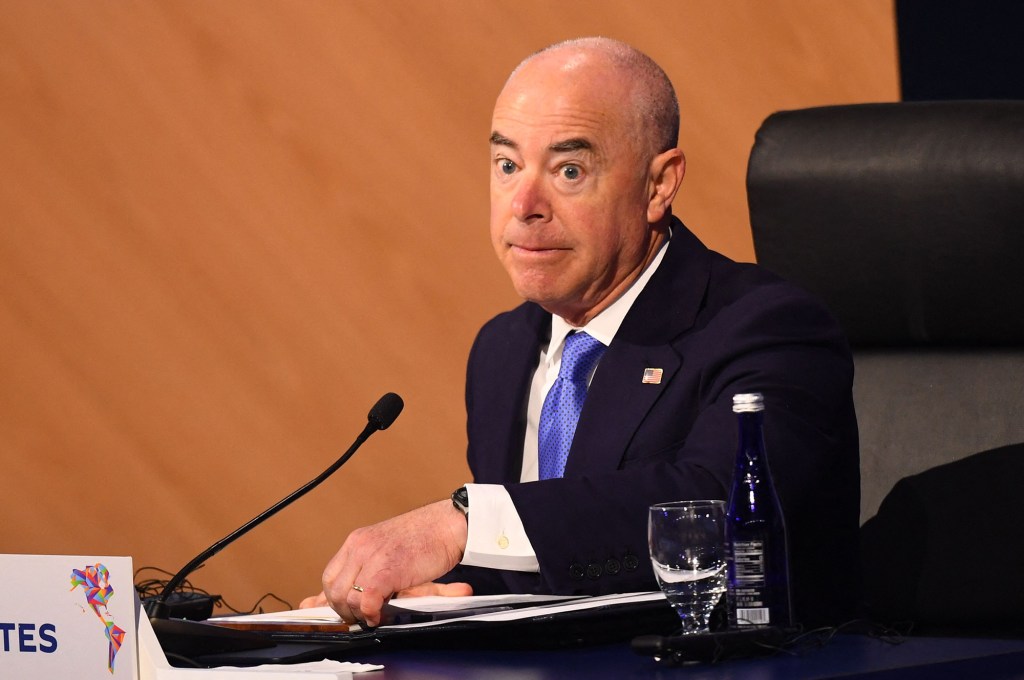 The Biden administration on Thursday created a new Internet policy task force — this one led by Vice President Kamala Harris — with goals including “developing programs and policies” to protect “political figures” and journalists from “disinformation,” “abuse” and “harassment” ”

The action follows the Department of Homeland Security’s disastrous April rollout of its Disinformation Governance Board, which was paused after outrage over the perceived step toward government-led Internet censorship.

A presidential memorandum establishing the new task force describes a sweeping mission to protect people who seek out a role in public life from online critics.

“In the United States and around the world, women and LGBTQI+ political leaders, public figures, activists, and journalists are especially targeted by sexualized forms of online harassment and abuse, undermining their ability to exercise their human rights and participate in democracy, governance, and civic life,” the memo says.

“Online abuse and harassment, which aim to preclude women from political decision-making about their own lives and communities, undermine the functioning of democracy.”

The panel will hold its first meeting Thursday afternoon. Within 180 days, it will submit to President Biden a blueprint that “outlin[es] a whole-of-government approach to preventing and addressing technology-facilitated gender-based violence, including concrete actions that executive departments, agencies, and offices have committed to take to implement the Task Force’s recommendations.”

Within a year, the board will issue a report with “additional recommendations and actions” advising broader steps that can be taken by Internet platforms, state and local governments and schools, the document says.

In April, Biden came under fire for the creation of what critics called a “dystopian” disinformation bureau under DHS, which many viewed as a way for the government to police free speech online.

The Conservatives slammed that “Disinformation Governance Board” and also noted its timing — coming after Elon Musk vowed to make Twitter a free speech haven through his $44 billion takeover of the social media platform notorious for selectively censoring right-leaning points of view.

Also drawing fire was the choice of Nina Jankowicz, a “disinformation expert” who had in the past repeatedly tried to spread doubt about The Post’s own reporting about Hunter Biden’s notorious laptop, telling the Associated Press in October 2020 that it should be viewed as “ a Trump campaign product.”

In addition, Jankowicz had pushed the since-debunked claim in 2016 that then-presidential candidate Donald Trump had a tie to Kremlin-linked Alfa-Bank, an allegation at the center of an ongoing trial of a Clinton campaign lawyer accused by special counsel John Durham of lying to the FBI.

The misinformation czar was also ripped for a bizarre TikTok performance from February 2021 in which she altered the lyrics to the “Mary Poppins” song “Supercalifragilisticexpialidocious” to be about fake news.

Within a month she and the panel had been scrapped.

On a Wednesday evening press call, a Biden administration official said that the new task force contrasts with the Disinformation Government Board in that “we are particularly focused on online activities that are illegal conduct, such as cyber stalking or non consensual distribution of intimate images, or targeted harassment.”

However, the memo establishing the panel describes a broader mission and specifically invokes criticism of public figures — who in the US legal system have a more difficult time suing for defamation to allow room for political speech, and also because they sought out the spotlight.

The memo says, “The Task Force shall work across executive departments, agencies, and offices to assess and address online harassment and abuse that constitute technology-facilitated gender-based violence, including by… developing programs and policies to address online harassment, abuse, and disinformation campaigns targeting women and LGBTQI+ individuals who are public and political figures, government and civic leaders, activists, and journalists in the United States and globally.”

In April, Taylor Lorenz, a reporter who specializes in covering Internet culture at the Washington Post, has gained significant attention by alleging online harassment — drawing sympathy from some and criticism from others who note that digital trolls come with the territory of working at major news outlets .

Lorenz, a former New York Times journalist who broke down in tears on MSNBC while recounting “harassment” she has experienced online, then went on to publish an article revealing the identity of the social media user, drawing allegations that she was “doxxing” the anonymous woman, who operates the Twitter account “Libs of TikTok.”

“Doxxing” is the term used to describe the act of posting the personal information of those who wish to remain anonymous. Critics accused Lorenz of hypocrisy after it was claimed that she showed up at the home of the woman’s relatives to ask questions.

The “Libs of TikTok” account, which posts TikTok videos from liberals and has generated more than 662,500 followers, posted an image of Lorenz outside the home of one of her relatives.

Lorenz defended her decision to reveal the woman’s identity, tweeting: “Reporters make phone calls, send messages, show up places, and knock on doors when reporting out a story. I reported this story out extensively, using every tool I had, to ensure I had the correct woman.”