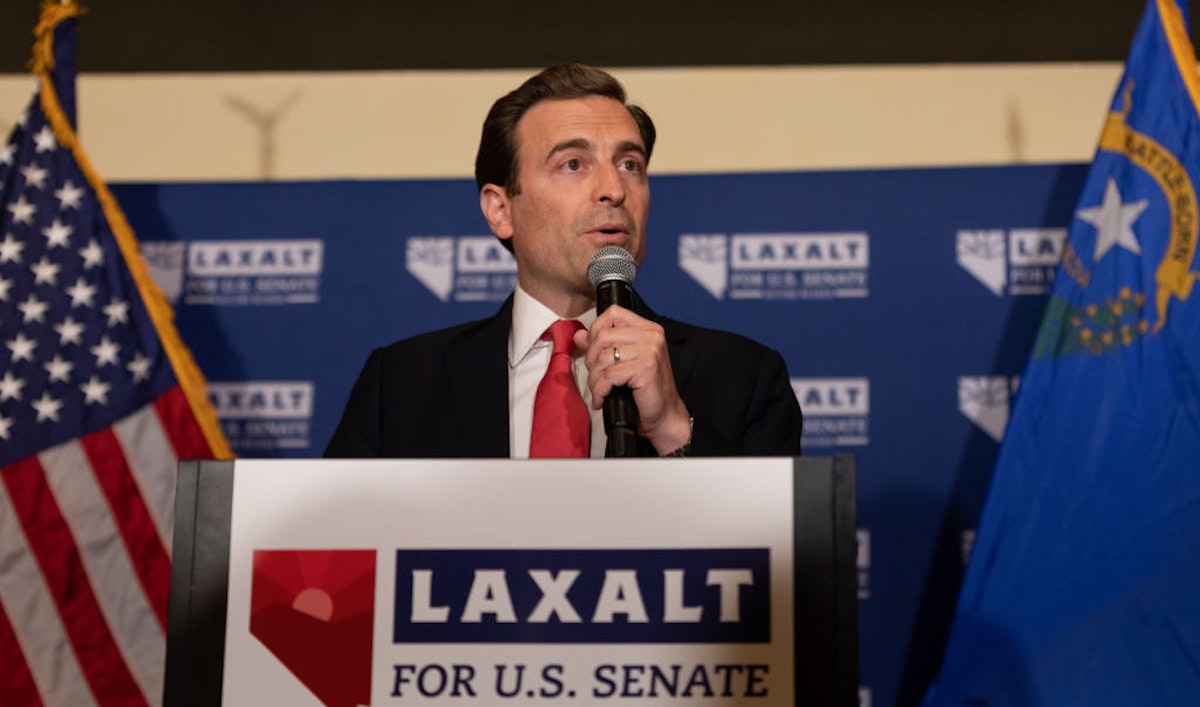 Laxalt, who former President Donald Trump endorsed Last year, beat retired Army captain and purple heart recipient Sam Brown for the nomination. Laxalt’s opponent in the general, Cortez Masto, is one of the most vulnerable Democrats in 2022 as Republicans seek to regain control of the US Senate.

In the race for governor, Clark County Sheriff Joe Lombardo, who was also endorsed by Trump, won the nod from Nevada Republicans to challenge Democrat Governor Steve Sisolak in what is expected to be another highly competitive race.

Republicans in Nevada want to take advantage of an unfavorable political climate for Democrats, who are saddled by President Joe Biden’s historic unpopularity and the surging price of food, fuel, and a number of other products. Cortez Masto is widely seen as one of the most vulnerable Democrat incumbents in the 2022 election, and her seat is rated as a “toss up” by the Cook Political Report,

Laxalt came into the primary race for the US Senate as the GOP favorite, with strong name recognition from his four-year stint as state attorney general and as the grandson of former Republican Sen. Paul Laxalt. Adam Laxalt led an unsuccessful campaign for Nevada governor in 2018.

Despite Laxalt’s pedigree and past in GOP politics, Brown, a political newcomer, won the endorsement of the Nevada Republican Party. Even with a late surge in support, Brown came up short against the more established Laxalt.

Laxalt is close to the former president, serving as co-chairman of Trump’s 2020 campaign. He also filed a lawsuit in December 2020 challenging the Nevada election results, alleging that the state’s voter rolls were tainted with a significant number of noncitizens. The suit was dropped several months later. Laxalt has stood by his challenge to the Nevada election results, however.