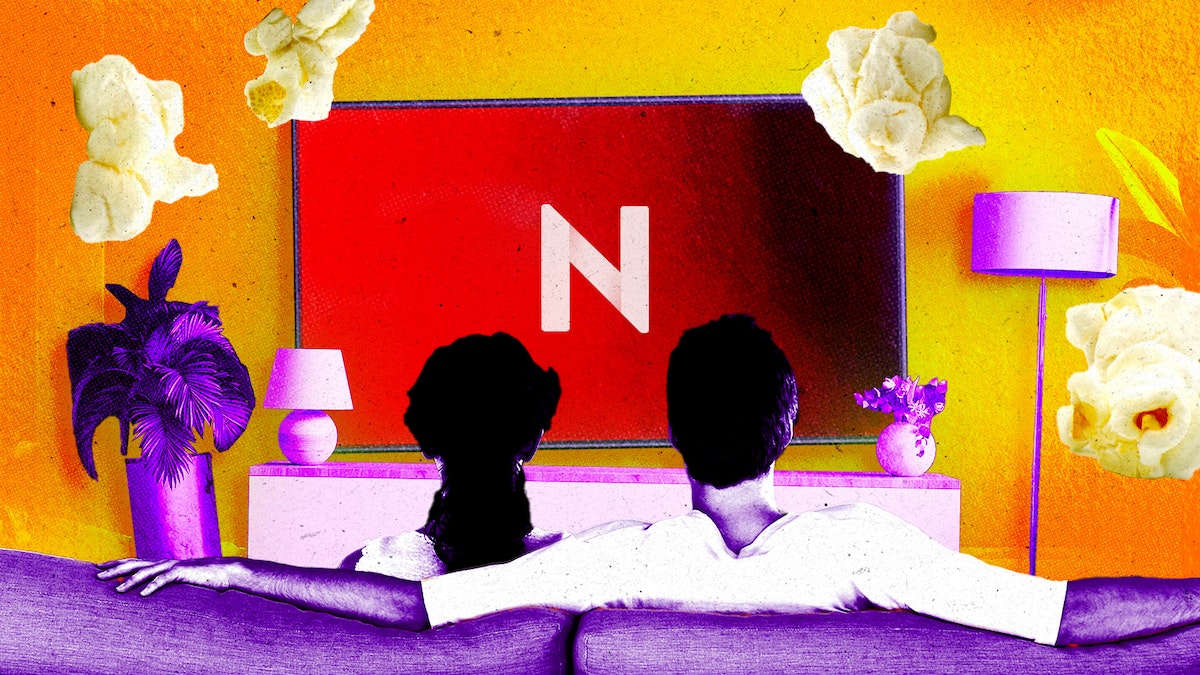 You don’t need a film critic to watch “The Exorcist” or “The Shawshank Redemption” on Netflix. Both are lovely movies that have stood the test of time. You’ll have a hard time finding people who haven’t seen one or both.

The following movies, while perhaps lacking big stars, fancy budgets or strong word of mouth, are well worth your time and worthy of a play the next time you have decision paralysis scrolling through Netflix’s endless selection.

This 2016 gem offers an ingenious spin on the home invasion thriller. What if the person being chased can’t hear the intruder’s entrance? Kate Siegel as a deaf writer stops a murderer from trying to enter her home. Thanks to the laid-back twist and crisp direction of Seagull by horror maestro Mike Flanagan (“The Haunting of Hill House,” “Doctor Sleep”), the can-miss concept is a bullseye land.

Who doesn’t love Polish slasher movies? This ’80s homage provided a relentless adventure for those who crave gore and more. Forced to set up camp without their smart phones, a group of teenagers run into a pair of mutated killers. It’s a genre treat of the first order, but be sure to leave the sequel uninspired.

It is still a mystery why the late Chadwick Boseman was chosen for an Oscar for his Godfather of Soul impersonation. “Get On Up” is a stunner, taking some liberties with the biopic format but always making sure Boseman’s James Brown is front and center. The actor may ultimately be best remembered for bringing Black Panther to the screen, but this stands out as his finest screen performance.

This 2018 heist film is not a classic. It’s flawed, no doubt, and the tension doesn’t erupt as it should in the third act. But it still gives us a chance to taste another Michael Caine performance. He plays the leader of an elderly gang eager for one last score. Their safe cracking doesn’t go according to plan, and old timers quickly turn on each other. Honor among thieves? It’s not a bunch. His salty dialogues are the best part of this fact-based story.

A college senior moves to the nation’s capital for an important job interview. She never reaches her destination. Instead, he is pursued by a pair of murderous brothers, forcing him to survive with few resources, saving his intelligence. This indie thriller holds our attention from start to finish, thanks to a strong lead turn by Hermione Corfield.

Bro-comedies like “Step Brothers,” “Old School” and “American Pie” became instant classics, but this solid entry was overlooked. Owen Wilson and Jason Sudeikis give married men a one-week “hall pass”—they can seduce any woman they want without marital repercussions. You’ll get some big laughs, no doubt, but it’s a strange look in the mind of a married man as well.

The visionaries behind “Yellowstone” uncovered this 2017 gem with less fanfare than their TV smash. Taylor Sheridan wrote and directed this story of a missing Native American teen and the selfless heroes (Jeremy Renner and Elizabeth Olsen) who are scrambling for the truth. Cultural sensibilities collide with cold realities in this underrated gem.

The found footage style is dead and buried and thank God for that. However, this double-shot from the genre is the rare case where the no-frills approach heightens the terror. The friendly Mark Duplass plays against type as a mystery man who hires a videographer to capture his remaining days on Earth.

The sequel may begin with a lot more to be learned about Duplass’s character, but a new person in his life adds to the intrigue.

This bleak tale begins as a withered look at a marriage beyond all hope of salvation, but the second act introduces a bold new element. The couple in question plan a getaway where they can divorce themselves from each other…permanently. Those plans go awry when some intruders crash their murder party. It’s dark, sometimes sweet and wildly original.

It is unlike any other documentary. The 2019 feature follows a small Colorado town that has been overthrown by a man pushed over the edge, and has the tools to avenge his… The film’s storytelling techniques have never been less than masterful, and the true story is so strange that no screenwriter could have made it.

This sweet-tempered film connects a troubled boy with adoptive parents (Sam Neill) who lack that parental spark. A shocking death in the family sends the boy into the woods, persuading his “uncle” to find him. What follows is a gentle tale of opposites coming together and some hard lessons about the real world. “Thor: Ragnarok” director Taika Waititi brings a generous heart to a story that might have been less hands-on.

“Once” director John Carney strikes again, but this time complicates the quasi-romance original. A burnt-out music producer (Mark Ruffalo) discovers a singing sensation (Keira Knightley), but is burdened with a broken heart and faltering ambitions.

The two collaborate on some killer songs, and soon they’re wondering if they can make beautiful music outside the studio. or are they? This is in contrast to most modern romances, and the strong supporting cast (Katherine Keener, James Corden, Hailee Steinfeld) elevates the third act, “Will They Do It or Not”.

Even those who can’t tell the difference between a bull and a bear market will be mesmerized by this financial drama. The ensemble cast, including Jeremy Irons and Kevin Spacey, power this glimpse into the origins of the 2008 financial crisis. What is lacking in kindness? Adam McKay’s “The Big Short” found a preachy tone.

Hollywood often sexually abuses young adults on screen, but this soulful romance does just the opposite. Two teens diagnosed with cystic fibrosis fall in love during a long hospitalization. Catch? Their conditions force them to stay five feet apart or they can infect each other with a deadly disease. So they improvise, using creative methods to depict their growing bond.

Look at that cumbersome title. Melanie Lynskey stars as a woman who after two-bit burglars ransacks her home. She enlists a strange neighbor (Elijah Wood, Jr.) to get her stuff back, and is a deeply comical look at suburbia, loneliness, and wounded hearts.

Paul Rudd stars as a writer who leaves Microsoft Word for a career as a caregiver. A teenager battling muscular dystrophy and the lack of a father figure in his life, his first job is a doozy. The two struggle to find common ground, but that changes when they hit the road for an important road trip. Smart, sly and sophisticated, “Caring” offers a healthy twist on shopper style.

Teen dramas come and go, but this 2016 savior can stand tall next to John Hughes’ body of work. Hailee Steinfeld anchors a story that hits all teen angst beats without feeling authentic or stale. Add a poignant twist by Woody Harrelson as a curious teacher/confidant, and you have a film that future teens will accept as their own.

Not another zombie movie. No. It’s not like that. Martin Freeman stars as a widower trying to keep his baby girl alive during an undead apocalypse. The focus isn’t on the gore or the jerky, though both make an appearance. It’s about a parent who does whatever it takes to protect their child, and there’s something beautiful about it amidst standard horror movie tropes.

Movies of the genre can get away with major flaws in two situations. They are exhilarating and refreshing. This unlikely thriller checks both the boxes with a sharp pen. Putting a sick mother and son in danger, the terrorists overturned a commercial flight. Twist? This mother has a secret, one the terrorists would like to know before they board the plane.

The opening sequence of this western is a stunner, but the best is yet to come. A nomad, played by Ethan Hawke, makes an unfortunate detour to a town haunted by the local marshal (John Travolta) and his ne’er du vel son. Sparks fly, as they always do in style, but it’s the attention to detail paid for by director Ti West, known for his creepy fare, that grabs our attention and never lets go.

The views expressed in this opinion piece are those of the author and do not necessarily represent the views of the Daily Wire.