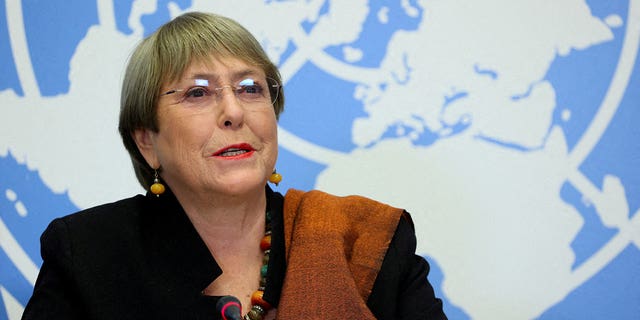 United Nations Human Rights High Commissioner Michelle Bachelet announced Monday she will not be seeking a second term after a botched envoy to determine the veracity of Chinese human rights abuses.

Bachelet was criticized by human rights groups worldwide who say she took a weak and unaggressive approach during her trip to China to investigate the country’s Uyghur detention facilities, where reports of hard labor, torture, and even forced abortions have been reported by escapees. However, before she even arrived, Bachelet tempered expectations and refused to call the visit an “investigation.”

Bachelet was hampered by severe restrictions on her autonomy, which the Chinese government say they put in place due to COVID-19.

Instead, the trip, which took place last month, was operated and guided by the Chinese government. Bachelet failed to meet with a single Uyghur detainee, nor members of Uyghur families inside the country.

“As my term as High Commissioner draws to a close, this Council’s milestone fiftieth session will be the last which I brief,” Bachelet said in a speech to the UN Human Rights Council.

CHINA IMPOSES SANCTIONS ON US OFFICIALS OVER XINJIANG

“Two months ago, before even going to China, I made a decision and I informed my boss, the Secretary-General (Antonio Guterres). So it has no relationship,” she later told the press.

Bachelet faced warnings from human rights activists that moving forward with the trip despite severe limitations on her access could harm the UN’s credibility moving forward.

“The high commissioner fail to obtain the necessary access to a meaningful investigation, the credibility of the office could suffer lasting damage, and the ability for the UNHCHR to secure meaningful future investigations may well be compromised,” the Interparliamentary Alliance on China (IPAC) said. ) told The Guardian. “Covid restrictions must not be deployed as a reason to excuse the PRC [People’s Republic of China] for failing to allow a meaningful investigation. ”

Bachelet’s commission is currently working on an updated assessment of human rights in China, which is expected to be published in the coming months. However, given the lack of direct observation and virtually no investigative independence, many wonder how complete a picture it will paint of China’s internal abuses.

“There were limitations, especially given the prevailing Covid restrictions. I was accompanied by government officials throughout the visit to Xinjiang,” Bachelet said of her visit to China. “I was not able to speak to any Uygurs currently detained or their families during the visit.”

URUMQI, CHINA – JULY 07: Chinese police push Uighur women who are protesting at a street on July 7, 2009 in Urumqi, the capital of Xinjiang Uighur autonomous region, China. Hundreds of Uighur people have taken to the streets protesting after their relatives were detained by authorities after Sunday’s protest. Ethnic riots in the capital of the Muslim Xinjiang region on Sunday saw 156 people killed. Police officers, soldiers and firefighters were dispatched to contain the rioting with hundreds of people being detained. (Photo by Guang Niu / Getty Images)

China has been accused of wrongfully imprisoning up to three million Uyghurs in the Xinjiang region, as well as carrying out forced sterilizations and abortions. Chinese authorities claim camps in the region are “re-education” facilities combating Islamic extremism.

President Biden signed the Uyghur Forced Labor Prevention Act in December, a bipartisan piece of legislation that prevents the importation of goods made via forced labor in the Xinjiang region.