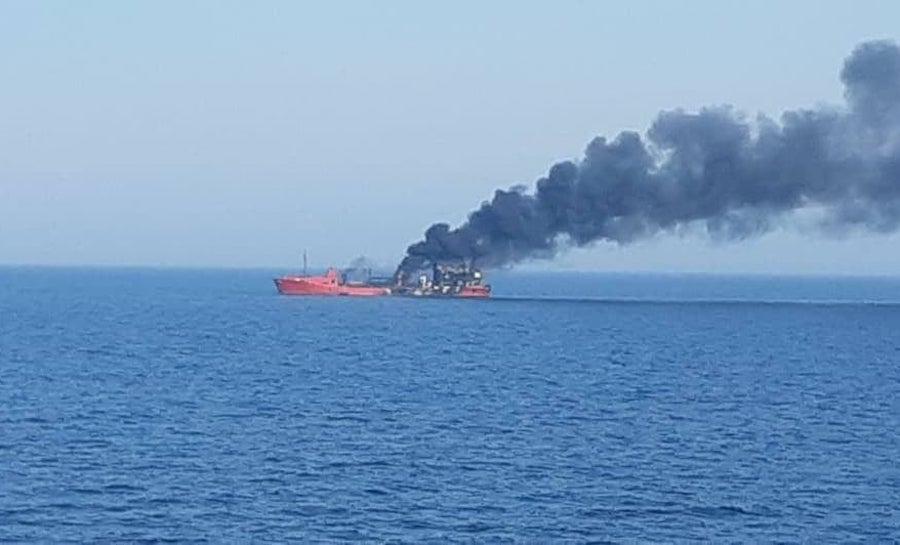 Ukrainian army on Russian cargo ship in the Black Sea

More than 70 days after Russia’s invasion of Ukraine, fighting continues to escalate. Ukrainian military on Friday attacked a Russian ship carrying supplies in the Black Sea, causing it to catch fire and wreck it. Earlier, Ukraine blocked the Russian army by blowing up the Pantoon Bridge by attacking the Siversky Donets River in the Donbass. Many Russian soldiers have been killed and a large number of heavy weapons have been reported in this action of the Ukrainian army.

When a Russian convoy in the Donbass (Donetsk and Luhansk) region was moving across the river to capture large Ukrainian territory, a temporary bridge was blown up. This caused heavy losses to the Russian army. Many tanks and armored vehicles of the Russian army have been destroyed there. The country’s second largest city, Kharkiv, continues to be occupied by Ukrainian forces and is pushing back Russian forces from nearby areas.

Ukrainian forces continue to control the Siversky Donets River, which flows 40 kilometers east of Kharkiv. Although Russian fighter planes are bombing the city of Kharkiv. A missile attack caught fire in the cultural building of Dergachi near Kharkiv. Fire department personnel are engaged in controlling this fire.

Wives and relatives of Ukrainian soldiers and fighters trapped at the Ajovstal steel factory in Mariupol staged a procession in the capital Kyiv on Friday, shouting slogans for their safe evacuation. Meanwhile, Russian military shelling and bombing of the factory continues. The resistance of the approximately 2,000 Ukrainian soldiers and fighters present in the factory is also continuing. He has also released the footage of the match on the internet media.

Ukraine’s Deputy Prime Minister Iryana Vereshchuk has said that talks are on for the evacuation of those seriously injured at the factory. Ukrainian military has launched a missile attack on a ship carrying Russian Navy supplies near Snake Island in the Black Sea. The ship caught fire due to the Ukrainian attack, efforts are on to control it.