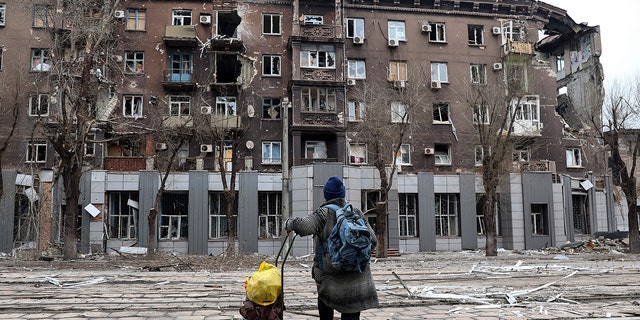 Kharkiv, Ukraine – Russia’s bombing of cities around Ukraine on Saturday included an explosion in Kharkiv that destroyed a community kitchen.

Associated Press reporters at the scene recorded the immediate aftermath of the apparent missile attack. Kharkiv Mayor Ihor Terekhov said three people were killed and 34 wounded in a missile attack on Saturday in the city alone.

The kitchen was set up by World Central Kitchen, which is managed by celebrity chef Jose Andres to provide food in disaster and war zones. Andres tweeted that the non-governmental staff members were shaken but safe.

The organization says it has now reached 30 cities across the country, providing about 300,000 meals a day. Andres said the attack in Kharkiv showed that “feeding in the midst of a foolish war is an act of courage, resilience and resilience” and that his group of chefs would continue to cook for Ukraine.

A Russian military convoy is advancing on a highway in an area controlled by Russian-backed separatist forces near Marupol, Ukraine, on Saturday, April 16, 2022.
(AP Photo / Alexei Alexandrov)