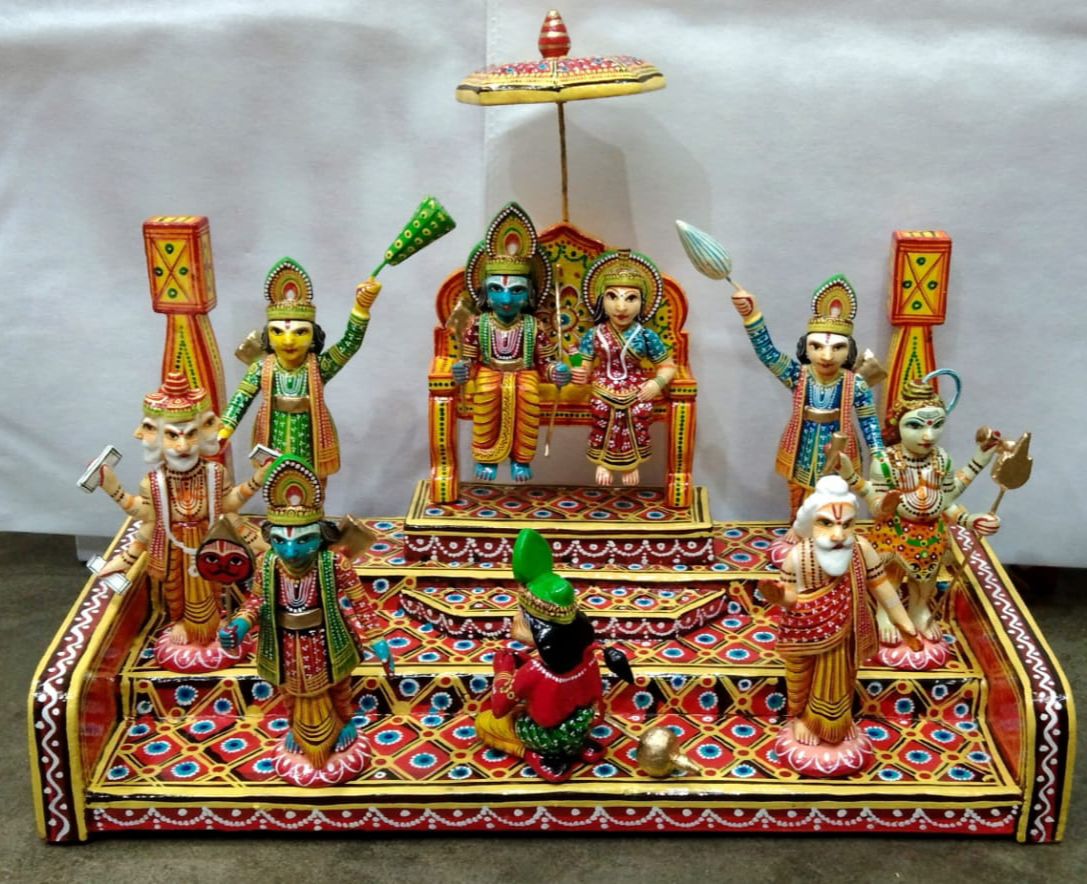 Ayodhya After the laying of the foundation stone of the Ram temple in Ayodhya, on the one hand, the influx of tourists has increased and on the other hand, the demand for Ram Darbar idols carved on wood by skilled craftsmen of Kashi has increased. Tourists coming to Varanasi are also especially liking the idols of Ram Darbar. Statues of Ramdarbar of Ayodhya are being carved on wood in Shiva’s town Kashi.

Virendra Kumar, Deputy Commissioner, Varanasi District Industries, said that the timber industry in Varanasi has been receiving a lot of orders in recent times. The demand for Ram Darbar is increasing. People associated with the wooden toy industry say that religious tourists visiting Ayodhya love the wooden idols of Ram Darbar. The traders of Ayodhya are also getting these idols by ordering. Orders for these statues are also coming from other places. It may be mentioned that Chief Minister Yogi Adityanath had appealed for gifting GI and ODOP products. The wooden toy industry in Benares has benefited a lot since then.