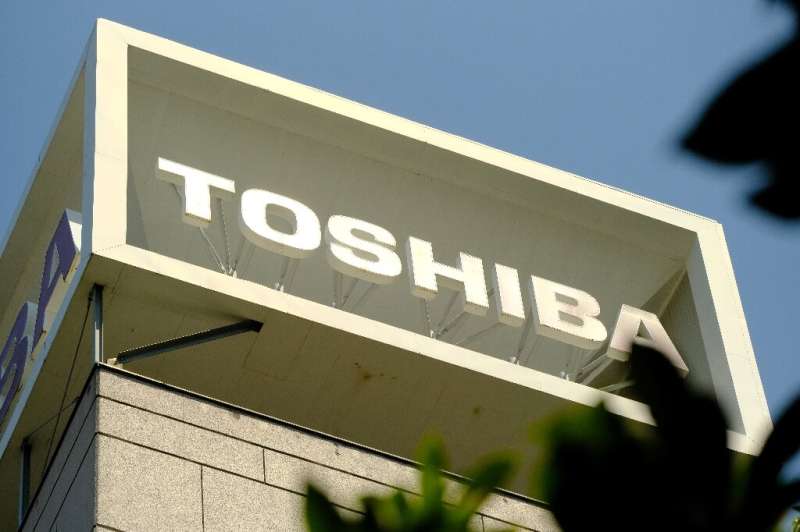 Troubled conglomerate Toshiba said Friday it has been approached by 10 potential investors as it weighs going private, a move that would be highly unusual in corporate Japan.

The engineering giant was once a symbol of the country’s industrial prowess, producing everything from rice cookers to laptops and nuclear plants.

But more recently it has faced scandals, financial woes and resignations, while management and shareholders have clashed over buyout and spin-off proposals.

Despite the challenges, its earnings are growing, and on Friday Toshiba said annual net profit leapt 70 percent on-year, continuing a recovery from the painful lows of the 2010s.

Shareholders in March shunned a plan to split the company into two, stirring internal turmoil after a shock takeover offer from private equity fund CVC Capital Partners was dropped.

Toshiba said Friday it has been holding confidential, non-binding discussions with 10 “potential partners” who want to suggest “strategic alternatives” for its future.

That could include privatization “to enhance the company’s corporate value”, the company said in a statement.

Potential investors must express interest this month, and Toshiba said it will announce the total number of interested parties before its next annual general meeting, which will be held by the end of June.

The situation is being closely watched in business circles for clues on what the future may hold for other huge, diversified conglomerates in Japan and elsewhere.

Any move by a foreign equity fund to take Toshiba private would likely face regulatory hurdles, because the company handles sensitive sectors such as nuclear power generation and defense equipment.

Annual net profit in the year to March jumped 70.8 percent to 194.7 billion yen ($ 1.5 billion) on “increased sales in all business segments, and increased operating income mainly from semiconductors and energy”, Toshiba said.

For the current financial year, the company expects operating profit to rise seven percent to 170 billion yen on projected sales of 3.3 trillion yen, down one percent.

It did not issue an official net profit forecast.

Hideki Yasuda, senior analyst at Toyo Securities, told AFP that activist shareholders want to maximize short-term profits, so are pushing for Toshiba to take “steps to expand its earnings”.

However, a key problem is that “different activists are saying different things”, with some backing a buyout and others not, he told AFP ahead of the earnings announcement.

“Because they hold different visions, it’s difficult to devise a strategy with a common denominator.”