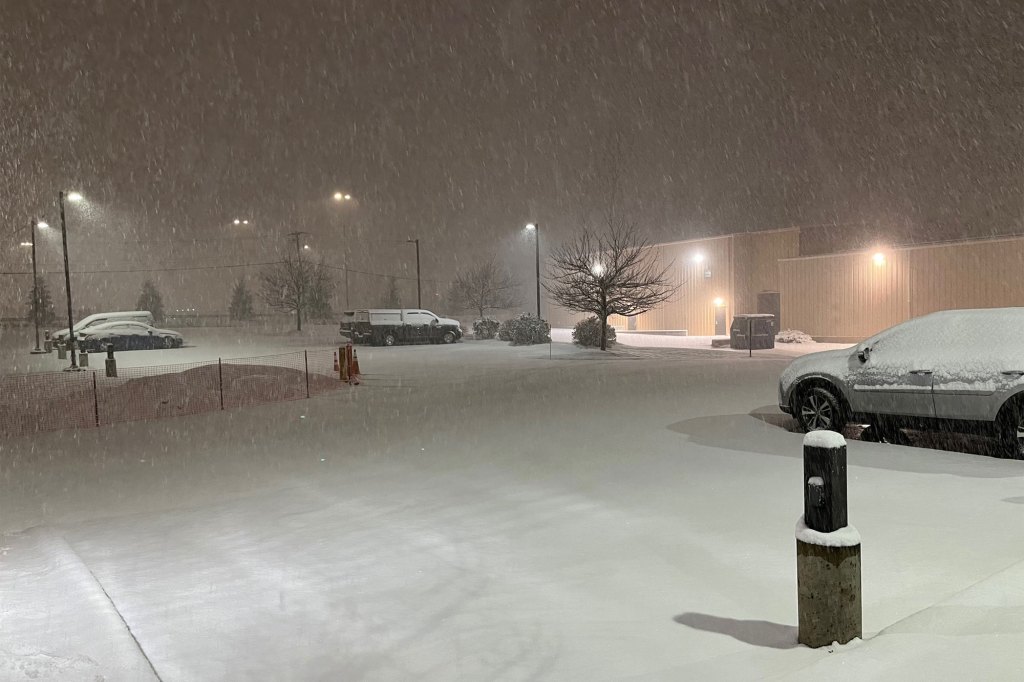 ‘Thundersnow’ is already hitting Buffalo with 3 inches per hour accumulation

‘Thundersnow’ is already hitting Buffalo with 3 inches per hour accumulation

Buffalo was hit with snowfall rates of 3 inches per hour and even “thunderstorms” Thursday night as a historic lake-effect storm system slammed into the region.

As of 10 p.m., 6 inches of snow had already blanketed Buffalo, according to the National Weather Service, and by the time the storm system ends this weekend, the city should be buried under several feet.

“It’s going to be a long-lasting event, probably 36 hours of moderate to heavy snowfall over a population of over a million people, so it’s a big event by any means,” winter storm specialist Tom Niziol from FOX Weather said.

The worst conditions are expected over two periods: from Thursday evening to Friday and then from Saturday to Saturday evening.

Nearly 200 miles east of Buffalo, more than 24 inches of snow has already been recorded in Williamstown in Oswego County as of 10 p.m. Friday, the NWS reported.

New York Governor Kathy Hochul has declared a state of emergency for the 11 counties around her hometown of Buffalo, opening the doors to federal assistance if the storm results in a “major disaster.”


As of 4 p.m. Thursday, all commercial traffic was banned along a 132-mile stretch of the New York State Thruway from Rochester, New York to the Pennsylvania border.

The storm is expected to “produce near-zero visibility”, making travel nearly impossible and “crippling” the hardest-hit communities, the NWS said.

Forecasts forced the NFL to move the Buffalo Bills’ game against the Cleveland Browns from their home field at Highmark Stadium in Orchard Park to Detroit’s domed Ford Field on Sunday.

“My administration prepared around the clock for this life-threatening weather event, bringing in additional personnel and safety equipment, closing the New York State Highway, and activating operations centers. emergency,” Hochul said in a statement.

“I urge all New Yorkers to stay prepared and vigilant over the coming days, making sure to care for loved ones and vulnerable neighbors.”