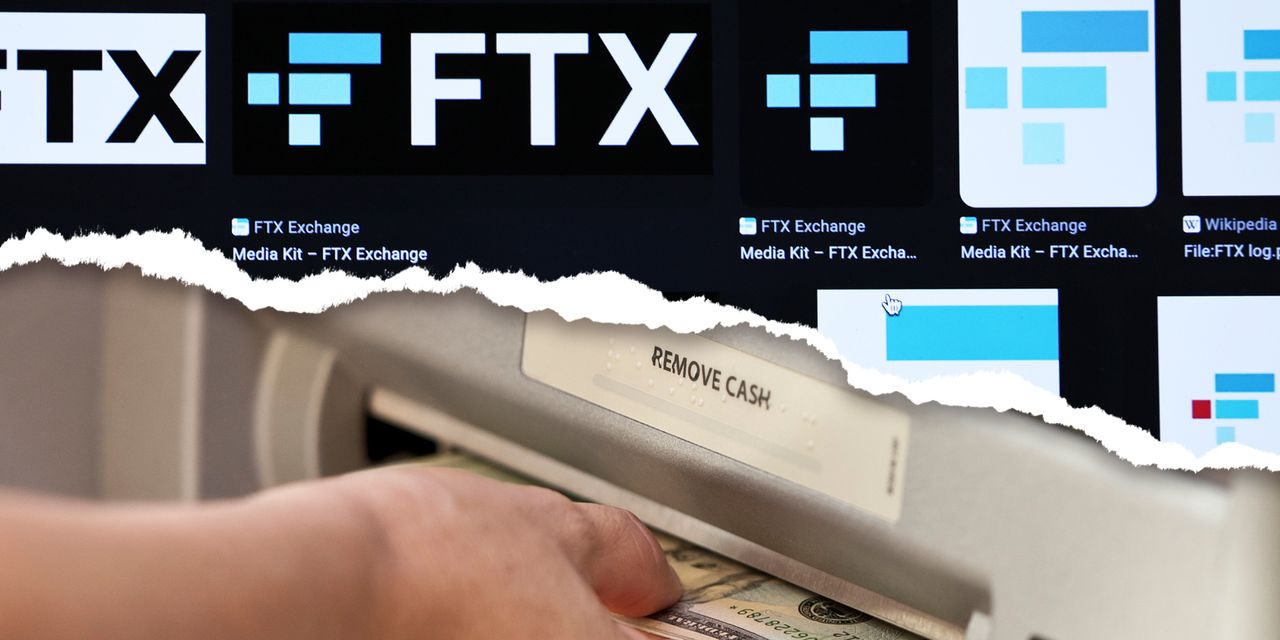 They pulled money out of FTX at last minute before its bankruptcy: ‘Thank God I dodged it twice’

Buzz Update They pulled money out of FTX at last minute before its bankruptcy: ‘Thank God I dodged it twice’

As the FTX debacle started to unravel last week, a 26-year-old customer of FTX.US who lived in the New York City area faced a thorny dilemma. While he was concerned about the situation that was unfolding, he was hesitant to withdraw his $20,000 worth of holdings from the cryptocurrency platform because he knew it would cost him money.

The customer had some outstanding bitcoin BTCUSD,
-2.26%
derivatives contracts on FTX.US and to withdraw his money the investor had to put in another $400 to cover some short options he had sold. But as the situation around FTX appeared to worsen, the New York area customer finally made up his mind. He paid the money and put in a withdrawal request last Thursday evening, and received his crypto an hour later.

The next morning, FTX and about 130 related entities, including FTX.US and trading firm Alameda Research, filed for bankruptcy protection in US federal court.

“Thank God,” the New York-based crypto investor said. “I was lucky. I dodged it twice.” All FTX customers MarketWatch spoke to for this article requested to remain anonymous, citing fears of repercussions. The customers did share screenshots of their FTX transfers, which MarketWatch was able to review.

For the trader MarketWatch spoke with in New York, the FTX collapse was part of a pattern that had become familiar. Not too long ago, the investor pulled his money out of the Singapore-based crypto lending platform, Hodlnaut, three weeks before it froze withdrawals in August citing “market conditions”. Hodlnaut also reportedly held-about SGD 18.3 million, or about $13.4 million worth of crypto, on FTX as of Oct. 28. A representative at Hodlnaut didn’t respond to a request seeking comment for this article.

Before its collapse, FTX was the third-largest crypto exchange by trading volume. Celebrities like Tom Brady, Gisele Bundchen, and Steph Curry endorsed the platform. The Miami Heat’s home basketball arena was named after it. FTX’s co-founder and former chief executive, Sam Bankman-Fried, graced the cover of Fortune Magazine, which wondered if he was the next Warren Buffett.

Now, there is little chance that customers who were enticed to use the platform will be able to recover their assets, analysts said. Based on a balance sheet shared with investors one day before FTX’s bankruptcy filing, the exchange had almost $9 billion in liabilities and $900 million in liquid assets, $5.5 billion in “less liquid” assets, and $3.2 billion in “illiquid” assets, according to a Bloomberg article citing anonymous sources. What’s worse, one day after the bankruptcy filing, John J. Ray III, FTX’s new chief executive, said in a statement that “unauthorized access to certain assets has occurred,” while crypto research firm Elliptic said $477 million is suspected to have been stolen from FTX. Representatives at FTX didn’t respond to a request seeking comment.

“For FTX to go down, it is pretty nuts,” said the New York-based crypto investor who managed to get his money out at the last minute. “Sam Bankman-Fried really seemed like he was going to be the one to bring on regulation and make the industry have more legitimacy,” the investor said.


Nevertheless, many retail investors have become conditioned this year to flee from any crypto platform that shows any hint of trouble, a dynamic that has hurt confidence in crypto-institutions, slowed down crypto adoption, and could increase the volatility around digital assets trading in the days and months ahead, analysts said.

In the case of FTX, some retail investors had become so “traumatized” by the crypto events that had taken place this year that they started moving their money out of the platform as soon as the ominous signs appeared.

There have been some “recurring themes” in crypto that led to customers’ losses, noted David Tawil, president and co-founder of digital asset fund ProChain Capital. “I think people that have either been hit by or have been close to a previous blow up, are figuring, why? Why wait? What’s the benefit of waiting?” Tawil said. “Once they hear anything, any sort of rumor or any sort of warning, they run to go ahead and take their money out.”

Last call before the fall

Last week, as Bankman-Fried took to Twitter to say, “FTX is fine. Assets are fine,” a 26-year-old Colorado-based customer of FTX.US withdrew about $10,000 in US dollars from the exchange. The next day Binance, a rival exchange, signed a letter of intent to acquire FTX’s non-US assets. But the Colorado customer, who works for a private equity fund, tried to take out his remaining $1,200 from FTX.US., regardless. He was unable to retrieve those remaining funds.

A day later, Binance abandoned its deal for FTX, citing due diligence and reports about mishandled customer funds, and FTX soon filed for bankruptcy.

“With everything going on, it’s looking less and less likely that the money will ever get to my bank account,” the Colorado customer said about his $1,200 that remain stuck on FTX.US.

“Crypto has made me a bit of a pessimist,” the Colorado-based customer added. Though he didn’t expect FTX to collapse, “as soon as I saw anything potentially negative about FTX, I thought that’s more than enough to prompt me to withdraw my funds.”

That pessimism came in part from his previous experience of having about $50,000 stuck on Solana-based stablecoin protocol Cashio, which in March was hacked, causing a loss of some $52 million. Though the Colorado investor was able to recover most of his funds weeks later, the experience has kept his guard up. “I’ve been through this situation of not being able to withdraw money that I have,” he said.

The Colorado trader was also lucky enough to avoid a hack in October targeting decentralized crypto exchange Mango Markets, where he once also had an account. In May, he said he persuaded his fiancé to take out her $10,000 from Celsius after reading some criticism about the platform on Twitter. “I said, hey, we already had gone through enough with crypto, I think you should take your money out,” the investor told his girlfriend. It turned out to be the right choice – four weeks later, the lender froze all withdrawals and later filed for bankruptcy.

Read: ‘I just wake up and cry’: Voyager and Celsius bankruptcies have destroyed some crypto investors’ confidence in centralized platforms

The Colorado-based investor, who mostly trades non-fungible tokens, said he chose to tap into the digital asset space for the potentially fruitful rewards, despite huge risks. Still, things such as FTX’s collapse “makes even people like me lose a lot of trust in the system,” he said.

Buzz Updates Bonds not more sexy than shares, despite the fact that yields hit 15-year prime

A 22-year-old engineer, who is based in Australia, said he also pulled his $7,000 out of FTX last week, five hours after Bankman-Fried’s tweet that FTX was fine. “My first train of thought was if FTX becomes bankrupt or something, the Americans might save themselves,” the investor said. FTX.US was only available to US customers, while FTX.com targeted customers in other areas of the world, including Australia. Bankman-Fried and many top FTX executives are American citizens.

“The Americans, they might save themselves. I’m going to be absolutely destroyed,” the Australia-based investor said.

FTX first froze withdrawals for most of its international customers, while some investors were able to take out their money from FTX.US for a few more days. In fact, one day before FTX and FTX.US filed for bankruptcy, Bankman-Fried tweeted that FTX.US “was not financially impacted by this shitshow. It’s 100% liquid.”

For his part, the Colorado-based customer said he felt bound to. “I guess I sort of understand where he (Bankman-Fried) is in this tough situation, and I feel bad for him,” the investor said. “But just to say FTX.US is completely liquid, not affected at all and then to lump them into a Chapter 11 bankruptcy, is mind boggling. I just don’t know how you can flat out lie like that,” he said.

Despite keeping most of his money intact, the Australian investor felt gloomy about the crypto space after FTX’s fall. “Imagine if the London Stock Exchange just shut down, and said yeah, we’re not gonna do any trading anymore, people will not be able to get their money out. How insane would that be?” the investor said. “Because that’s how this is. I don’t think anyone’s gonna have any faith anymore. It takes a lot of time to build that faith again.”

Previous
Customer Service Operator Jobs and Vacancies For Australians Only