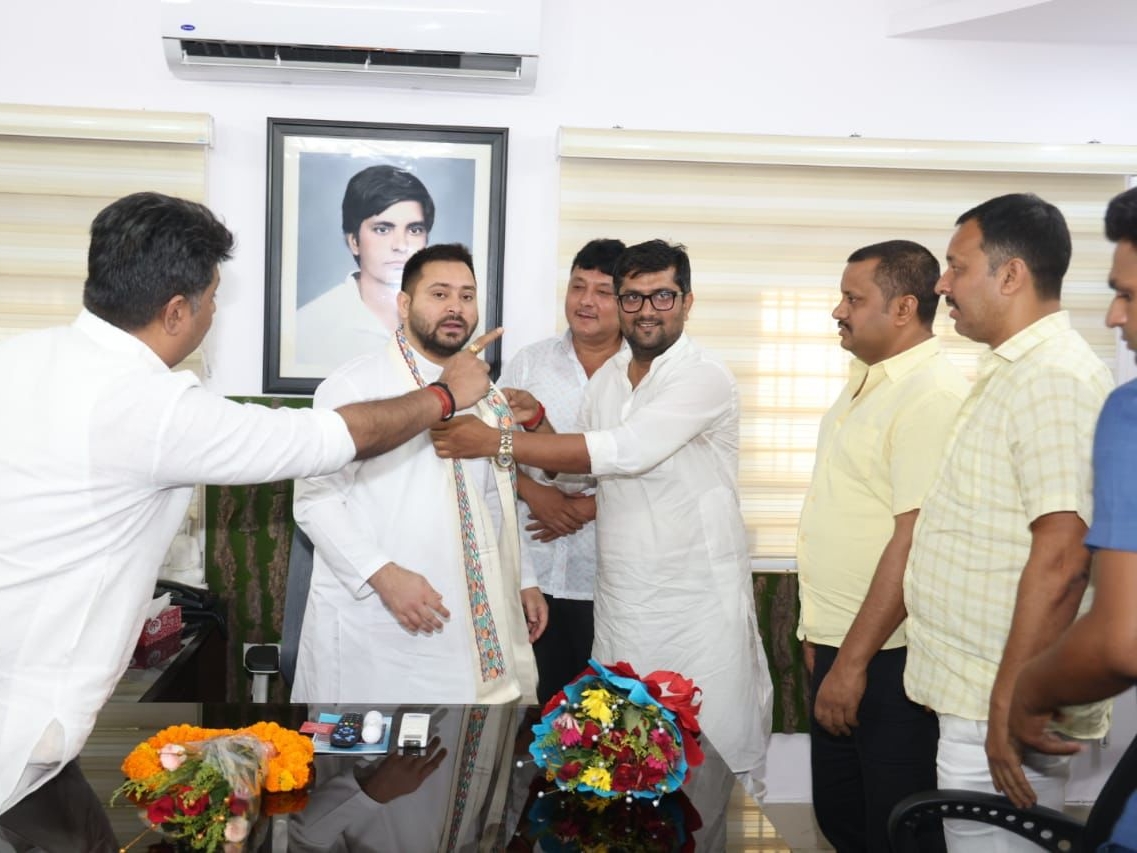 There will be an earthquake in Nawada’s politics: Many strong leaders of BJP met Tejashwi, political mercury heated up

Some pictures have gone viral on the social site. In the picture, some leaders are seen meeting Leader of Opposition Tejashwi Yadav. There is a group of people who meet. Some belong to Nawada and some have been associated with Nawada. This picture was first posted by RJD state general secretary Anil Shankar on his Facebook account. In the picture, the leader of the opposition is accompanied by party general secretary Anil Shankar himself, district councilor Anjani Singh from Warisaliganj, Anjani’s elder brother Sanjeev Kumar, Warisliganj Block Mukhiya Sangh president Gautam Singh and Nawada MP Giriraj Singh’s representative Bittu Sharma. Huh.

The picture has brought a new twist in the politics of the district, especially in the Warisliganj area. If everyone is associated with politics, the market for discussion is hot. The speculation continues. When Anjani Singh was talked about this picture, she said that it was a normal meeting. There was a yagya in the village (kutri). The villagers proposed that Tejashwi Yadav be called. So he went to invite. He accepted the invitation, had given time too, but could not come due to sudden busyness.

The political pundit is not in a position to accept it as easily as the district councilor told these things. We also tried to decode the meaning of this meeting. Understand what is the whole matter?

Anjani Singh is associated with BJP these days. He is a member of the Executive Committee in the district. Prior to this he was the district vice-president. Union Minister Giriraj Singh had associated him with the BJP. There is a lot of filth from Akhilesh Singh, husband of Warisliganj MLA Aruna Devi from BJP. In such a situation, how can meeting the RJD leader be called a normal event. Anjani says that the wishes of the youth of the village were stunning. When the proposal of the youth came, the elders also agreed. Even if he got time to meet Tejashwi Yadav, he reached to meet him.