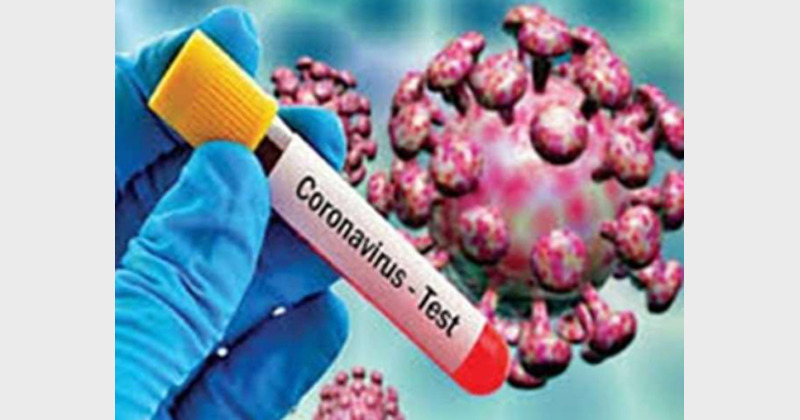 Then the speed of Kovid increased, active cases crossed 83 thousand, 38 died in 24 hours

2- Lok Sabha by-elections: Voting continues in Rampur and Azamgarh
Voting for the by-elections to the Rampur and Azamgarh Lok Sabha seats in Uttar Pradesh began at 7 am on Thursday. Voting for both the seats will be held till 6 pm. A total of 35.45 lakh voters will exercise their franchise in this by-election. According to the information received from different areas of Rampur and Azamgarh, crowds of voters started gathering at most of the polling stations even before the start of polling. Elaborate arrangements and tight security arrangements have been made by the Election Commission of India for fair, safe and peaceful voting.

3- 10 people died in road accident
An accident has happened in Gajraula police station area of ​​Uttar Pradesh at around 6 am today, in which about 10 people have died. 7 people have been injured. Two of the injured have been referred to Bareilly. It is being told that all the 17 people were returning from Haridwar to Gola. Chief Minister Yogi Adityanath has expressed grief over the incident. Wishing peace to the departed souls, he expressed condolences to the bereaved families. The CM has directed the district administration officials to take care of the injured.

6- Indian Oil has prepared Indoor Solar Cooking Indigenous System ‘Surya Nutan’
In order to promote solar energy in the wake of the global energy crisis and to reduce the emission of carbon dioxide in the country, Indian Oil Corporation has developed indigenous indoor solar cooking system at its R&D center. IndianOil and the Ministry of Petroleum and Natural Gas have developed indigenous solar cook top ‘Surya Nutan’ by designing and designing at IndianOil’s R&D Center in Faridabad.

7- Corona situation in the country
The corona virus has once again started scaring the country. In the last 24 hours, 13,313 new cases of Kovid have been reported and 10,972 patients have been cured. During this 38 people have died. There are 83,990 active cases now. At the same time, the positivity rate is 2.03%.

8- Delhi-born Aarti became the top scientific advisor to the US President
Dr. Aarti Prabhakar, an American citizen of Indian origin, has been made the top scientific advisor to the US President. Delhi-born Dr. Arti has been appointed by US President Joe Biden as the head of the White House’s Office of Science and Technology Policy (OSTP). US President Biden appointed Dr. Arti as director of OSTP. After confirmation by the US Senate, he will lead the OSTP in his hands. She will be the first woman, immigrant and black, to head the OSTP.

10- Chinese fighter planes re-entered Taiwan border
Chinese warplanes that re-entered Taiwan’s border have been dispersed. China has made this audacity for the third time this year. 29 Chinese fighter planes entered the territory of Taiwan, after which Taiwan also expelled them through its jet. China has declared the area of ​​Taiwan itself as an Air Defense Identification Zone. Chinese fighter aircraft and anti-submarine aircraft have been seen flying in Taiwan’s airspace. It is believed that this action of China is bad news for the entire Into-Pacific region.