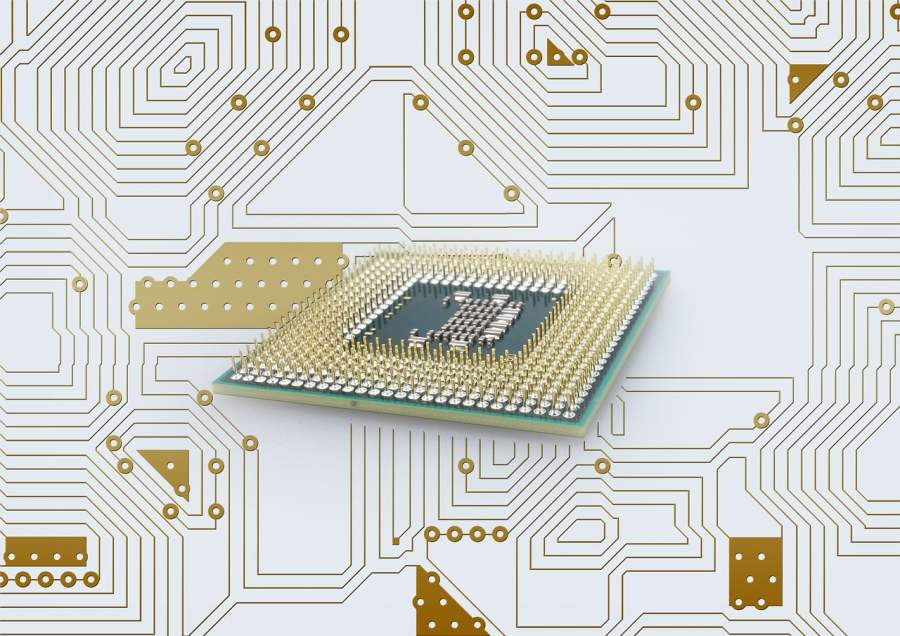 TThe world witnessed the skyrocketing demand and severity of the global semiconductor shortage when Toyota, Ford, and Volvo had to either slow or temporarily halt production at their factories. When purchasing a PS5 game console became nearly impossible, and smartphone manufacturers such as Apple warned that a chip shortage could affect iPhone sales in 2021, the world recognized the importance of semiconductors. According to a survey of more than 150 firms, chip supplies have decreased from an average of 40 days in 2019 to only five days in late 2021. Chip demand is outstripping supply. Several automakers and consumer electronics businesses throughout the world have experienced disruptions in production. The unexpected scenario is unlikely to change any time soon, and reports suggest that the supply constraints might last until 2023.

Chipmakers require a long time to catch up with demand since manufacturing cannot be pushed at short notice, making the situation extremely severe. Thus, the soaring demand for integrated chips has shifted the focus of global geopolitics and finance, previously centered around oil, to the new oil – semiconductors. Because of the rapid advancement of the “Internet of Things (IoT),” semiconductors have the potential to overtake oil as the world’s primary commodity input for growth.

Recently, the US administration urged Congress to adopt long-stalled legislation that would provide 52 billion for domestic semiconductor production, where Beijing’s “Made in China 2025” initiative prioritizes semiconductor self-sufficiency. The most recent data shows that Chinese semiconductor output increased by 33% last year, more than double the rate of growth in 2020. With both countries investing heavily in their semiconductor industries, we are witnessing a growing tech competition between the US and China, with Benign chips gaining strategic relevance in geopolitics.

Why is there a shortage of semiconductors, and why does it matter?

Semiconductors are the backbone of the modern economy and the cornerstone of emerging technologies such as artificial intelligence (AI), autonomous vehicles, and quantum computing. It has evolved to become an essential component of economic growth, national security, and technical innovation. Semiconductors are omnipresent in electrical devices, from cell phones, PCs, and pacemakers, to the internet, electric cars, airplanes, and hypersonic weapons. The digitalization of products and services, such as global e-commerce, is entirely reliant on this tiny yet most demanding product ever developed. The nano-sized silicon wafers, which are smaller than a strand of human hair, have the potential to have significant global ramifications, as we witness them become a cause of conflict between the United States, China, and Taiwan, with implications for global trade. .

As we live in an era of technological innovation, the geopolitics of technology we are witnessing now may pose a danger to any industry, ranging from the finance sector, health sector, to the automobile and electronics industry. Many manufacturers throughout the world were forced to cease or shut down as a result of the sudden and cascading scarcity of semiconductors. Today, when everything runs on this tiny chip, the shortage of these chips is indeed a severe problem that might bring our economy to a standstill because microchips travel the globe multiple times before they wind up in the gadget in our hands. The semiconductor business has become one of the most interconnected industries in human history.

The dearth of semiconductors has sent shockwaves across the global economy, reducing the supply of everything from automobiles to headphones, exposing the modern world reliance on this minuscule component. Dominance in chip manufacturing allows nations to gain increased strategic relevance, which may be leveraged for economic and political gains. For instance, the US export restriction policy against Huawei, a Chinese multinational technology company, demonstrates how the global semiconductor value chain may be weaponized for geopolitical interests.

Semiconductors are becoming increasingly important to national security, and we are seeing the chip industry being dragged into the new tech cold war between the United States and China as both governments compete to ensure the uninterrupted supply of semiconductors. The recent deficit in the industry has convinced the US that it is overly reliant on foreign manufacturers for its domestic needs, posing a danger not just to economic activity but also to national defense. As world democracies strengthen economic and military alliances to oppose a more assertive China, Beijing views semiconductor dependency as a “knife around China’s neck,” and is ramping up domestic innovation and technological self-reliance. With the United States and China embroiled in a “technological war,” the global race for semiconductors raises the issue of semiconductor supremacy since the chips are now at the crux of strategic risk.

For decades, the United States has dominated the semiconductor industry, commanding 47 percent of the sales market ($ 193 billion). The United States is home to eight of the world’s top fifteen semiconductor companies. While the US leads in system-on-chip designs, it severely lacks foundries to boost chip production, which was revealed in the wake of the global chip shortage during the COVID-19 pandemic. The US does not have complete independence in the semiconductor value chain as it is reliant on inputs from other countries and as any semiconductor’s production chain is extremely complicated, requiring up to 300 separate inputs. Consequently, most of the semiconductor manufacturing firms are outsourced.

In an attempt to bring the outsourced firms back to the United States and also to reassure the semiconductor manufacturing industries, the US Congress has passed the Chips Act, which provides substantial subsidies for chip manufacturers. For now, the United States can feel at ease with its offshore production since it is still home to the majority of semiconductor manufacturers and has access to the most sophisticated chips.

China, on the other hand, imported $ 350 billion worth of semiconductors in 2020, which was more than the value of crude oil imported in the same year. In recent years, China has ramped up its efforts to accelerate the development of its domestic semiconductor industry, reduce its reliance on the United States, and establish itself as a global tech leader through various initiatives. However, it lags behind American firms due to a lack of expertise and access to innovative technology. China’s would-be national semiconductor champion and the world’s fourth-largest chip foundry, Semiconductor Manufacturing International Corp (SMIC), is determined to fill the void by scaling up its production. Nonetheless, how effective it will be, remains to be seen. Despite considerable government backing, SMIC is at least a decade behind the global chip titans in terms of technology. SMIC’s most sophisticated manufacturing lines can produce only 14-nanometer chips, whereas top semiconductor companies are manufacturing 5-nanometer chips and are now heading towards 3-nanometer chips.

Despite gearing up its production, Beijing remains vulnerable to the global supply chain as Chinese companies are unlikely to enter the top tier of the global semiconductor market anytime soon, keeping the country’s technological industry reliant on foreign chips.

In an environment with global powers meddling in a new tech cold war, Taiwan and its ‘Taiwan Semiconductor Manufacturing Company’ (TSMC) have acquired increased geopolitical importance as they produce roughly half of the world’s annual supply of microchips and have virtually unrivalled technical prowess. The United States has taken a step forward by encouraging semiconductor industry leaders such as TSMC to build advanced chip manufacturing facilities on US soil, which can bring the Dragon’s wrath on Taiwan and might jeopardise Taiwan’s independence. This, in turn, fuels the tech cold-war between the US and China. However, there’s a third possibility of Taiwan’s semiconductor supremacy leading to the Asianization of the world.

Taiwan’s Semiconductor Supremacy: Can It Lead to the “Asianization” of the World?

With a market share of more than 55 percent, TSMC is the world’s largest contract chip manufacturer. The company’s dominance in advanced logic semiconductor manufacturing will most likely not change in a decade and perhaps longer. The battle for dominance in the semiconductor business is fast becoming a race that aims to control TSMC’s resources and supply networks, protect allies, and deprive enemies of strategic assets. The race puts global chip suppliers increasingly under pressure to choose between “blue” (US) and “red” (China) supply chains.

In the nineteenth century, the globe became more Europeanized as a result of technological advances. In the twentieth century, it was Americanized. Asia’s rise has been ascent, with Samsung in South Korea and TSMC in Taiwan presently mass-producing the most complex process nodes for semiconductors. China, as an emerging player, alongside Taiwan, Japan, and South Korea, accounts for nearly all of the semiconductor fabrication in the world. Concomitant to this, India also appears to be making a major push to increase its presence in the semiconductor manufacturing sector. In a bid to establish the country as a global chip manufacturing hub, the government, in December 2021, rolled out an incentive scheme worth Rs 76,000 crore (roughly $ 10 billion) to attract foreign semiconductor and display manufacturers.

In essence, if Asia harnesses its technical potential, it can lead the way in technical supremacy, as it is a key center of the worldwide semiconductor supply chain, as well as a source of rare-earth metals used in the chips. Asia’s semiconductor supremacy is a feather in the cap for its strategic advantage in its future endeavors and the question of the Asianization of the world.

It’s impossible to imagine a future without hyper-connectivity, and semiconductors have played a significant role in technological advancement. Multiple production pathways throughout the world are becoming increasingly crucial to keep the semiconductor industry afloat when output is slowed. With the ongoing digitalization of the world, we must acknowledge that relying on any country for “core technology” or limiting it to a handful of countries is tremendously problematic for the entire world as it allows monopolies to emerge, which can cripple a country’s economy and , as a consequence, undermine national security. Hence, diversifying semiconductor production is a need of time.

As China and the US are trying to increase their production capabilities, it is a matter of reality that both countries rely heavily on the import of semiconductors from other countries. We’ll have to wait and observe whether major global countries will be able to curtail the technical prowess of Taiwan and develop a thriving global marketplace that can promote robust technological development along with the interests of all states, or will it be weaponized to leverage the interests of particular states.

* Thana Hussain is an inquisitive spirit who is a student of political science. She enjoys discussing history, philosophy, politics, and international affairs.