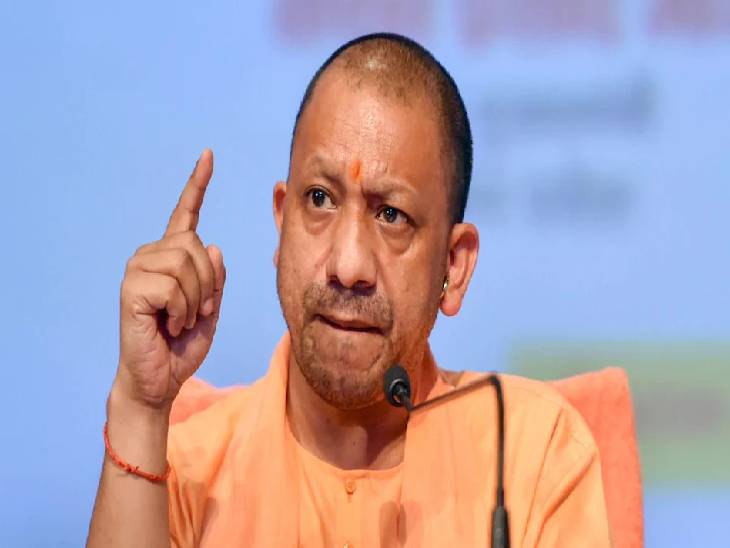 The Chief Minister himself has taken cognizance of the firing by about twenty youths on seven bikes chasing a car for five kilometers from Sitapur Road in broad daylight in Lucknow on Sunday. This incident has raised question marks on the working style of Lucknow Police. In view of the seriousness of the matter, Chief Minister Yogi Adityanath directed for immediate action against the accused during video conferencing with senior officers of the state on Monday night.

Police Commissioner DK Thakur suspended Inspector Gudamba Satish Sahu, Daroga Maroof and Satish with immediate effect as soon as the Chief Minister suspended the Gudamba Inspector and ordered strict action against the outpost in-charge and beat constable. At the same time, after the order of the CM late in the night, the police officers at Gudamba police station kept making strategies to nab the accused of the incident till late night.

Order for action on Gudamba Inspector given by CM’s official tweet.

The Gudamba police, where the Sararah firing took place on Sunday, was telling mutual enmity. At the same time, it has been learned from the Chief Minister’s Office that there is a case of harassment of a girl behind this. Against which this incident took place. In view of this, the Police Commissioner has been ordered to take strict action. The police has started investigating the whole matter after the instructions of the Chief Minister. On the other hand, the police have detained Pankaj and Aditya for firing. At the same time, three people are being taken into custody and interrogated. Two bikes involved in the incident have also been seized from them. Their marks are being raided on the body in search of other accused. According to Police Commissioner DK Thakur, all aspects related to the incident are being investigated. The search is on for the suspicious youths. Soon everyone will be arrested.

Nadeem Siddiqui, a resident of Aliganj Kapurthala, had filed a case identifying four people involved in attacking the car. According to Nadeem, while coming from Nilans Water Park with friends Abhishek Singh, Sahil, Shravan and Sumit, Aliganj residents Vivek Tiwari alias Honey, Aarush Arora alias Luv, Pakanj Rawat and Akash Nigam attacked along with their friends. Inspector Gudamba Satish Sahu registered a case on the complaint of the victim and was raiding to nab the accused.

After the incident on Sunday, the Gudamba police station was investigating on the spot.

Around four o’clock in the evening on Sunday evening, the bike-borne youths had opened fire while chasing the car-riding youths for two km. During the firing, one bullet hit the car, while one bullet left the car near the occupant. The car riders brought the car to the crooked culvert, while escaping. Seeing the crowd there, the youths stopped the car. Seeing the crowd on the crooked culvert, the attacking youths fled from there. After this, the youths in the car informed the police.

Abhishek Singh, who was in the car, had told that he had gone to Nilansh Water Park with his 5 friends. He was attacked while returning around 4 pm in the afternoon. His allegation was that he was seeing the police everywhere on the road, but the police was nowhere to be seen. To whom he would have saved his life. Seeing the crowd near the crooked culvert, the car stopped. Seeing the crowd, the attackers fled.