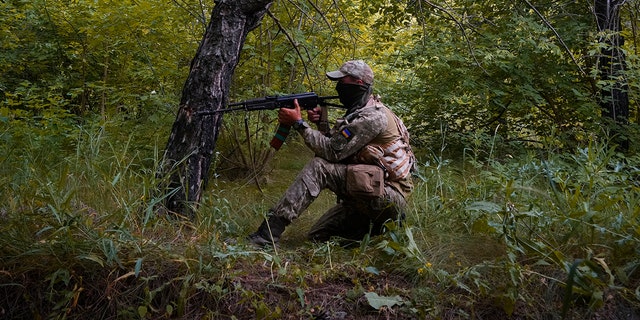 State Department monitoring report of US fighters captured in Ukraine

The State Department has responded to a report that two US fighters have been captured in Ukraine, saying it is looking into the matter.

A report in The Telegraph said former US servicemen Alexander Drueke and Andy Huynh were volunteering with the Ukrainian Army when Russian forces took them prisoner during a battle outside Kharkiv last week.

“We are aware of unconfirmed reports of two US citizens captured in Ukraine. We are closely monitoring the situation and are in contact with Ukrainian authorities,” a State Department spokesman told TOU.

The spokesperson added that the department wishes to reiterate its message that “US citizens should not travel to Ukraine due to the active armed conflict and the singling out of US citizens in Ukraine by Russian government security officials.”

The State Department is advising that Americans currently leave Ukraine “immediately if it is safe to do so using any commercial or other privately available ground transportation options.”

The Telegraph reported that the two men were lost in the confusion and low visibility that followed an explosion from an anti-tank mine.

“We suspect that they were knocked unconscious by either the anti-tank mine or by the tank shooting at them because later search missions found no sign of them, nothing,” a fellow fighter reportedly said, adding that a search party did not find any. sign of them.

A mine detection worker with the HALO Trust de-mining NGO explains how they search for anti-tank and anti-personnel land mines in Lypivka, on the outskirts of Kyiv, Ukraine, Tuesday, June 14, 2022.
(AP Photo / Natacha Pisarenko)

The group the Americans were with released the following statement: “A week ago our team ended up isolated in the middle of a Russian Offensive. Bama and Hate, 2 of our American brothers, were captured. We have not heard anything about their well. being. The information was confirmed by the Ukrainian intelligence. ”

Drueke’s mother told the outlet that the US Embassy “assured me that they are doing everything they can to find him and that they are searching for him alive, not dead.”