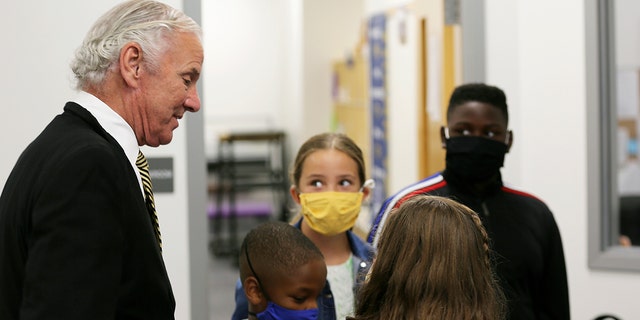 Former Rep. Joe Cunningham won the Democratic Party’s nomination for governor of South Carolina on Tuesday and will face off against incumbent Republican Gov. Henry McMaster, who successfully defended his nomination in a landslide primary victory.

Cunningham, 40, has made a concerted effort to contrast his age and social issue sensibilities with McMaster, who is 75. Cunningham has promised sweeping changes to state social issues such as marijuana use, transgender participation in sports, gambling, and abortion.

CLICK HERE FOR THE LATEST 2022 PRIMARY RESULTS FROM FOX NEWS

McMaster, who started off as a lieutenant governor, originally assumed office to replace former Gov. Nikki Haley after she vacated the office to join former President Trump’s administration.

After finishing Haley’s two years, he won his first term last election, and is looking for a second.

A victory in November would make him the longest-serving South Carolina governor in history.

So far this primary season, a Trump endorsed candidate had yet to knock off a GOP incumbent who had crossed the former president. But that changed on Tuesday as South Carolina state lawmaker Russell Fry convincingly defeated five-term Rep. Tom Rice in the Republican primary in South Carolina’s reliably red 7th Congressional District.

Fry crushed Rice by a two-to-one margin according to unofficial results and topped 50% to win outright and avoid a runoff election in two weeks.

Trump celebrated in a social media post on Truth Social, writing that “the biggest News of the evening so far is that Russell Fry beat Impeach Master Tom Rice with a Vote of more than 51%, therefore WINNING OUTRIGHT with no need for a run- off. Rice only got 24%. Congratulations to Russell on running a great campaign! ”