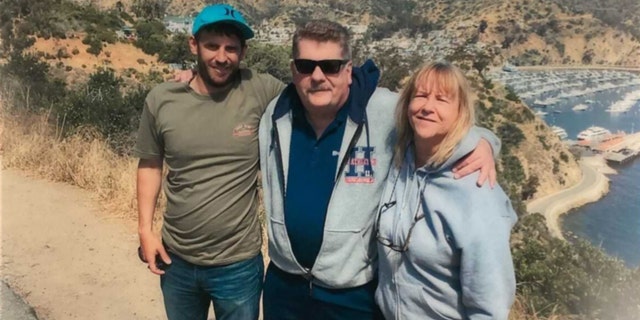 New evidence indicates the possible sexual assault of a New York lawyer found dead at a tropical Club Med resort in 2018, according to court documents revealed Friday as a part of an inquest into her cause of death.

Marie Kuhnla, a 62-year-old public defender in Suffolk County, New York, died of homicide by manual strangulation while on vacation with two colleagues to Turks and Caicos in October of that year, the medical examiner ruled after authorities discovered her body in a bush on a remote area of ​​the resort.

But a new inquest, a hearing aimed at determining her cause and manner of death in court despite the doctor’s findings, has prompted concerns from her family of a potential cover-up as well as the revelation of previously undisclosed evidence in court.

“It’s obviously really painful and difficult news,” Rick Kuhnla Jr., who attended the proceedings virtually, told TOU Digital. “Seeing the police officer read out that information in court was the first we’d heard of it … It just confirms the cover-up. I think there is no denying that this was a police cover-up anymore.”

The DNA test results, dated Dec. 7, 2018, were not made public until Friday, according to Abe George, an attorney representing the family in a wrongful death lawsuit in the US They were based on samples collected between the discovery of her remains on Oct. 16 of that year and Oct. 20, when police took evidence from a male guest’s room at the resort.

The DNA analysis found semen on Kuhnla’s underwear and male DNA on her room’s door but not enough for a match. Kuhnla’s clothes, hands and groin also showed blood.

“The bottom line is that Club Med and police have been telling us for years that despite what their own ME found this was an accident,” Kuhnla’s son told TOU Digital. “But the lab report shows blood on almost every article of clothing / personal effect she had in addition to seminal fluid on [her] panties. ”

He said he had been skeptical about the inquest’s legitimacy until the family’s local counsel, Peter McKnight, had a chance to cross-examine witnesses, which led to the DNA revelation. But he said he remains worried pending the inquest’s final outcome.

Trevor Botting, the island nation’s police commissioner, said he could not comment until the court proceedings concluded.

Investigators responded to a report of a woman’s body discovered on Oct. 16, 2018, the Royal Turks and Caicos Islands Police Force said. Two of Kuhnla’s colleagues vacationing with her reported her missing the previous day, and she was last seen alive on the 14th with Frank Yacullo Jr., according to police documents, the man from whose room they collected evidence.

He had been spending time with Kuhnla, the documents state, and had been a Club Med employee in the 1990s, according to his family’s civil lawsuit.

Marie Kuhnla and her family in an undated photo.
(Kuhnla family)

The medical examiner, Dr. Michael Steckbauer, found her death to be a homicide by manual strangulation.

Dr. Steckbauer fiercely defended his findings in court during the inquest and is also a witness in the family’s wrongful death lawsuit.

There was also evidence that she had been dumped at the location and had not walked there herself, according to Ed Dowd, a private investigator working with Kuhnla’s son and widower.

The wrongful death lawsuit, filed in Nassau County, New York, alleges an attempted cover-up of the circumstances surrounding Kuhnla’s strangling, a mishandling of her remains and obstruction.

Marie Kuhnla and her family in an undated photo.
(Kuhnla family)

A Turks and Caicos investigator visited Kuhnla’s widower, Rick Kuhnla Sr., in 2019 and floated the possibility that the woman’s death had been an accident, according to George. The family rejected that theory – citing the official medical examiner’s findings and other evidence that Dowd uncovered.

The wrongful death suit also names Yacullo as a potential suspect. Police found a woman’s DNA in his room, but it was not a match for Kuhnla. He had been separately accused of groping one of her friends, made bail and returned to the US Attempts to reach him for comment were not immediately successful.

Kuhnla suffered broken ribs, bruising on her inner thighs and had been partially disrobed, Dowd told TOU Digital last week. Even before the DNA report, he said she may have been sexually assaulted before her death and that despite being found 100 yards away from her shoes, her feet were devoid of dirt, brambles or scratches, indicating that she’d been carried to the location and did not walk there herself.

The inquest continued Monday and will eventually be placed in the hands of a Turks and Caicos jury.

Michael Ruiz is a reporter for TOU Digital. Story tips can be sent to [email protected] and on Twitter: mikerreports