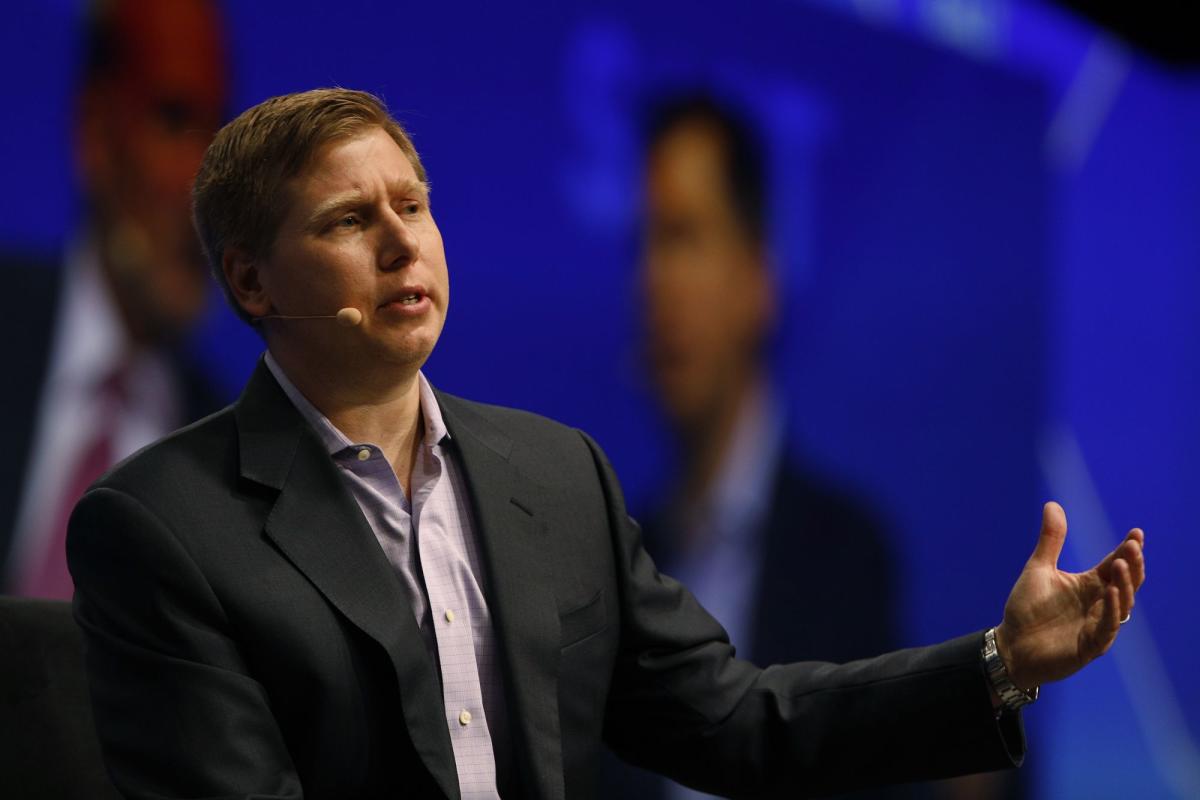 (Bloomberg) — Suspended withdrawals at cryptocurrency brokerage Genesis amid the widening crypto-market meltdown have cast an unwanted spotlight on Barry Silbert, the man at the helm of the Digital Currency Group empire.

Silbert, who rarely does press interviews or speaks at the multitude of industry conferences, founded the Stamford, Connecticut-based crypto conglomerate DCG in 2015, according to the 46-year-old’s LinkedIn profile. Last year, DCG’s valuation reached $10 billion, after it sold $700 million of stock in a private sale led by SoftBank Group Corp. DCG had 66 employees at the start of November and holds more than 200 companies in its portfolio.

DCG’s reach is vast: in addition to embattled lender Genesis, it also controls digital-asset manager Grayscale Investments, which offers the world’s largest crypto fund. DCG is also the parent of crypto-mining service provider Foundry Digital, news publication Coindesk and exchange Luno, among others. DCG declined a request for an interview with Silbert.

Within the crypto space, DCG’s might is well-known. The private firm’s portfolio has over the years included everything from exchanges like Coinbase to hardware-maker Ledger to crypto-focused bank Silvergate.

With Genesis’s halted redemptions, the health of DCG is called into question, a spiral that follows the shocking blowup of the Bahamas-based crypto exchange FTX and its former chief executive, Sam Bankman-Fried. Genesis was the crown jewel of Silbert’s kingdom, having established itself as one of the largest and most well-known brokers, allowing funds and market-makers to borrow dollars or digital currencies to amplify their trades.


“There are many lessons to be learned here,” said Campbell Harvey, a finance professor at Duke University. “In the future, the level of due diligence will likely increase. It is no longer acceptable to have substantial exposure to opaque offshore entities — no matter how popular their founders are.”

Silbert first bought Bitcoin in 2012, when the industry was in its early aughts. Among the firm’s earliest employees were Michael Moro, who departed the CEO role at Genesis in August, as well as Ryan Selkis, co-founder of researcher Messari, and Meltem Demirors, the chief strategy officer of rival digital-asset investment firm CoinShares.

Grayscale has been relatively unscathed by the latest upheaval — the firm was quick to say on Wednesday that its products are functioning as normal. Even still, the asset manager is dealing with its own set of issues. The $10.7 billion Grayscale Bitcoin Trust (ticker GBTC) is trading at a record discount to the Bitcoin it holds, given that the trust’s structure doesn’t allow it to redeem shares. Grayscale sued the US Securities and Exchange Commission in June after the regulator denied the firm’s application to convert GBTC into an exchange-traded fund.

But even with the record discount, GBTC is seen as a cash cow for Grayscale — and by extension, for DCG. The trust charges shareholders a 2% annual fee. That means that even though GBTC has shed billions of dollars in value since total assets peaked at more than $40 billion last November, Grayscale would still collect more than $200 million in fees from the trust per year at current asset levels, according to calculations by Bloomberg .

Genesis’s move Wednesday only affects its lending business, according to interim Chief Executive Derar Islim, who said the company’s spot and derivatives trading and custody businesses “remain fully operational.” However, the decision to halt withdrawals comes after a painful stretch for the brokerage.

Cracks started to surface after Genesis got caught up in the bankruptcy of hedge fund Three Arrows Capital. Genesis was the biggest creditor ensnared in that collapse after the fund failed to meet margin calls. DCG assumed some liabilities and filed a $1.2 billion claim against Three Arrows, which is under liquidation. Genesis said in October — before the FTX blowup — that lending plunged 80% in the third quarter.

“Genesis Global Capital, Genesis’s lending business, made the difficult decision to temporarily suspend redemptions and new loan originations. This decision was made in response to the extreme market dislocation and loss of industry confidence caused by the FTX implosion,” said company spokesperson Amanda Cowie. “This impacts the lending business at Genesis and does not affect Genesis’s trading or custody businesses. Importantly, it has no impact on the business operations of DCG and our other wholly owned subsidiaries.”

Amid the recent brewing turmoil, DCG has reshuffled its C-suite. Mark Murphy was promoted to president from chief operating officer as part of a restructuring that saw about 10 employees exit the company. Meanwhile, a handful of Genesis’s trading-desk personnel have also departed, as have its head of market insights and its chief risk officer.

Silbert founded DCG after he sold SecondMarket, a private-asset marketplace that was acquired by Nasdaq in 2015. Last year he told the Wall Street Journal that he sees Standard Oil as an inspiration for his digital-asset firm. Prior to SecondMarket, Silbert also worked at Houlihan Lokey, after he graduated from Emory University, his LinkedIn profile shows.

–With assistance from Muyao Shen, Olga Kharif and Anna Irrera.

(Updates with context on early employees and personnel shuffles in 8th and 14th paragraphs.)