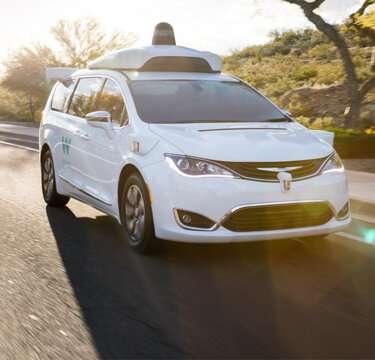 Self-driving big rigs will soon be hauling Wayfair furniture down Interstate 45 through a new partnership of Waymo and JB Hunt Transport Services.

Beginning in July, the pilot will last over six weeks, marking the first in-depth transportation of home furnishings retail freight between JB Hunt and Waymo Via, the company’s “Class 8 ″ trucking unit. Class 8 units are considered” severe-duty, “which include big rigs, cement trucks and dump trucks. Autonomous specialists will be in the cab of each trip between Houston and Dallas to monitor trucking operations.

“Real-time testing with customers like Wayfair is critical to making autonomous freight movement a viable solution in the future,” said Craig Harper, chief sustainability officer and executive vice president at JB Hunt in a statement. “Every supply chain is unique, so it’s important that customers can work alongside JB Hunt and Waymo to ensure that advanced autonomous technology will create capacity that meets their needs.”

Waymo and JB Hunt have a longtime partnership. The two companies announced plans in January to ultimately reach fully autonomous truck transport in the “next few years.”

In 2021, JB Hunt and Waymo began as partners testing self-driving freight runs between Fort Worth and Houston on Interstate 45. During the pilot, more than 862,000 pounds of freight were moved, with no accidents and 100% on-time pick-up and delivery.

Waymo works with other partners as well. In February, it partnered with North America’s largest logistics firm, CH Robinson, on autonomous big rigs traveling between Dallas and Houston on Interstate 45.