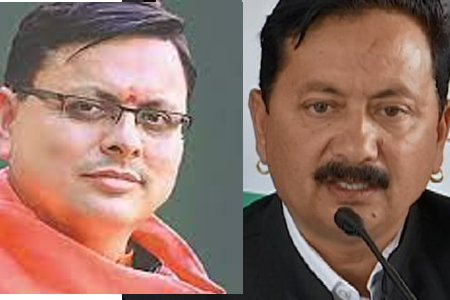 What did Chief Minister Pushkar Singh Dhami make to verify those who entered the state, while Congress state president Karan Mehra started feeling restless. It is noteworthy that on the information of infiltration of Rohingya Muslims in Uttarakhand, Chief Minister Dhami had said that we are going to start a comprehensive verification campaign soon, so that such elements can be weeded out.

In view of the reports of Rohingya Muslims who had been driven from Myanmar behind the increasing Muslim population in Uttarakhand, Chief Minister Pushkar Singh Dhami was asked by the media on the demand of ban on entry of non-Muslims in Hindu pilgrimage sites, Char Dham. What to say On this, CM Dhami had said that we are committed to the preservation of our religious culture and we are soon starting a comprehensive verification campaign at religious pilgrimage sites and other places. If such elements come to the fore in this campaign, then they will have to leave from here.

On this statement of CM Dhami, Congress State President Karan Mehra felt uneasy. He said that the statement of the Chief Minister is not in accordance with the Constitution. At the same time, he said about the verification that it is part of the plan to identify the particular community and remove them from here.